“Heaven-sent” was the feeling last year as winter rains filled Israel’s reservoirs and the inland lake, the Sea of Galilee.

But 2014 has been a different story, as a severe drought was declared by February.

Israel is 60 percent desert, and for the last 60 years it is has braced itself for dry winters like this one, possibly the driest ever. Yet except for growers of non-irrigated crops, Israel isn’t worried. Since 1948, Israel has planned, forecasted and built infrastructure, policies, research and technologies to withstand drought.

The Israel Water Association, a non-profit organization founded to help Israeli water companies and society deal with water issues, will host a one-day annual conference on March 24 in Ramat Gan to explore such possibilities for outsiders. Californians are most welcome to the sessions, which will be in English and Hebrew. 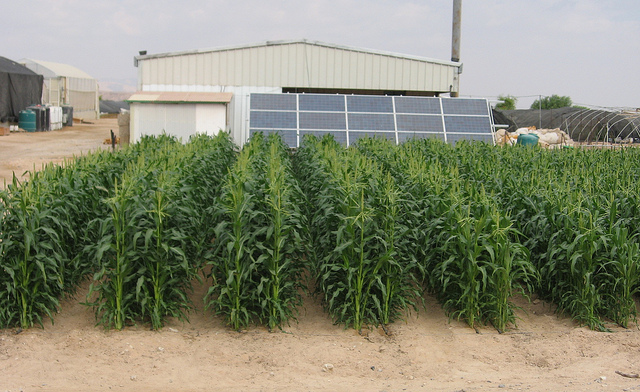 Solar-powered desalination technologies yield a healthy crop at Ben-Gurion University of the Negev.

What makes Israel and California different and how can Israel help?

Israel has four desalination plants in operation along the Mediterranean Sea, with a fifth plant to come online in Ashdod. But desalination is only part of the story, says Avraham Israeli, president of the Israel Water Association.

In California, he says, one important difference is that treated wastewater gets dumped back into the sea. This water may not be good for drinking but it’s perfectly good, even superior, to fresh drinking water for agriculture, as it has some added nutrients.

Using a two-system approach with pipes for both gray water and drinking water, Israeli farmers irrigate crops with gray water even in desert areas with practically no rain at all. Israel, he says, is now pushing 75 percent wastewater reuse and aiming for 90%.

No water from Israel’s treatment plants gets discharged into the sea. The missing numbers can be accounted for from sewer overflow in the winter months.

“This could work in California if the infrastructure was built,” Israeli says. “In principle, they have to change [to] the attitude that treated water is safe and that it is a resource especially in such a year with severe drought. They invest huge amounts of money bringing water from the Colorado River for agriculture.

“Treated water could save them a lot of money,” he tells ISRAEL21c.

Desalination, he points out, “is a measure of coping with lack of water. It is more expensive than reclaimed water. First, treat sewage and reuse.” 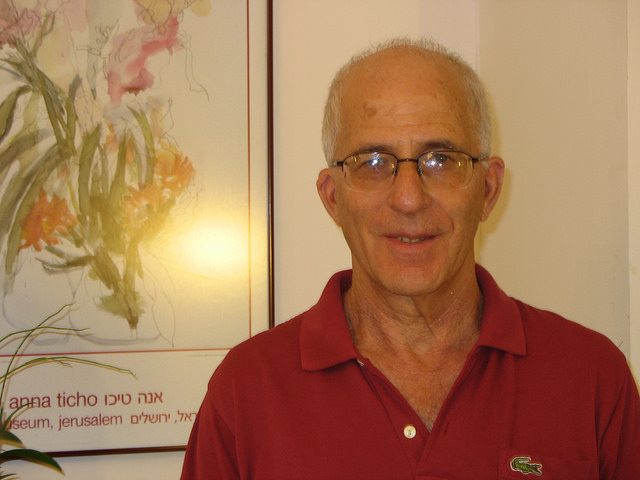 California has already started working with Israel on water. Israel’s IDE Technologies is building the largest seawater desalination plant in the Western hemisphere, north of San Diego. To be finished in 2016, it is expected to supply 50 million gallons of potable water a day. Three smaller desalination plants have opened in California, with more than a dozen proposed.

Israeli says we have to wait until the end of the year to see whether 2014 will go down in history as the worst year for rainfall. “But as far back as I remember, as a kid working in the field crops in the kibbutz, I have never seen a drought like this. I don’t remember a phenomenon where I didn’t see rain from mid-December to mid-March.”

Israel’s refusal to be dependent on the rain started with first Prime Minister David Ben-Gurion’s visionary construction of the country’s national water carrier back in the 1950s.

This enabled the state to build on a lean model and scale up water recycling as needed.

And scale up it did: Over the last 10 years, Israel began to build major desalination projects seaside.

By 2013, the country declared that it had beaten the drought. Even this year, which may break the driest-ever records, you won’t find Israelis washing their clothes once a week nor will they be withholding showers for their cars or themselves as some folks are doing in California.