It’s been a busy year for Israel’s StoreDot.

The Herzliya Pituach-based private company is working toward commercializing the fast-charge and display inventions with the help of $42 million from Samsung Ventures, Singulariteam, Millhouse and other investors.

“The battery guys need properties that enable fast movement of ions, and the display guys need more color. We meet these needs by adding functional groups to the molecules we are creating from scratch using organic chemistry,” he tells ISRAEL21c.

“We think what we have in our hands has huge potential, especially in large-screen TVs, because usually you need OLED for best quality,” says Myersdorf.

He explains that OLED (organic light-emitting diode) is an “expensive and complicated” technology that generates superior color without the backlighting needed by cheaper LCD (liquid crystal display) screens. “We are saying you can reach OLED quality with an LCD backlight TV using our conversion layer film,” says Myersdorf.

StoreDot’s nanomaterial achieves this by covering blue LCD backlight with a flexible transparent film that converts it to green and red – providing a full vivid red-green-blue color spectrum only from blue, which is efficient and inexpensive. MolecuLED will be made in Israel and marketed to OEMs as an enhancement for TV, computer-monitor and mobile-device LCD screens. 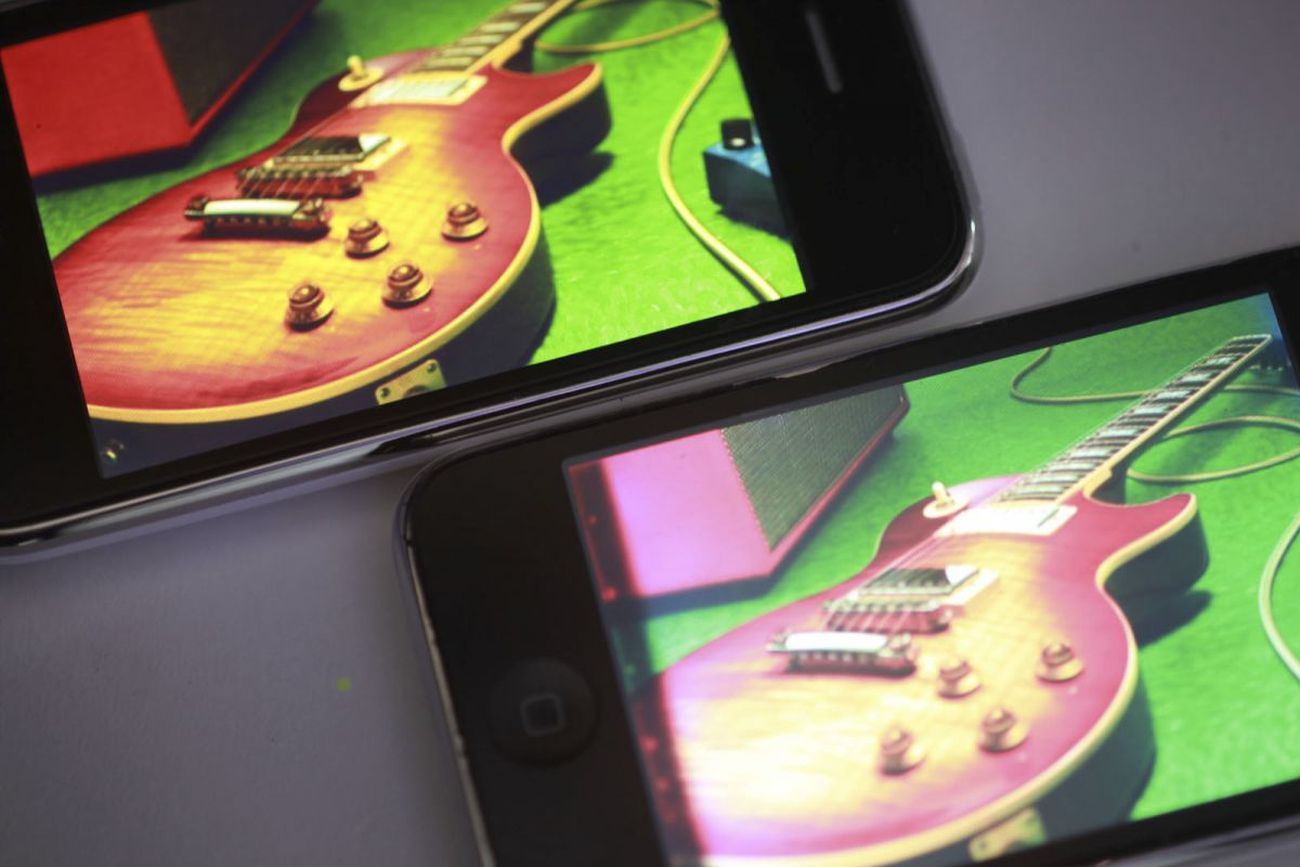 Display manufacturers are talking with StoreDot about how its organic material can improve their products. Photo courtesy of StoreDot

Commercial-ready MolecuLED and FlashBattery prototypes are to be completed by the end of 2015 and commercialized next year. FlashBattery is about to go into the first phases of testing with six of the largest 10 OEM suppliers. Myersdorf reveals that Samsung will invest further funds as part of the company’s $50 million round for the electric-vehicle technology.

“Because we are a small startup, we are focusing on fast charging and display,” he says. “We are writing patents on many other ideas that we have.” Additional target products include flash memory, image sensors and semiconductor materials.