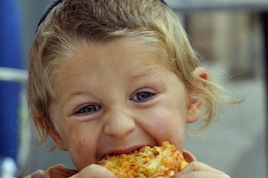 Make mine without cheese, Mom! Illustrative photo by Serge Attal/FLASH90 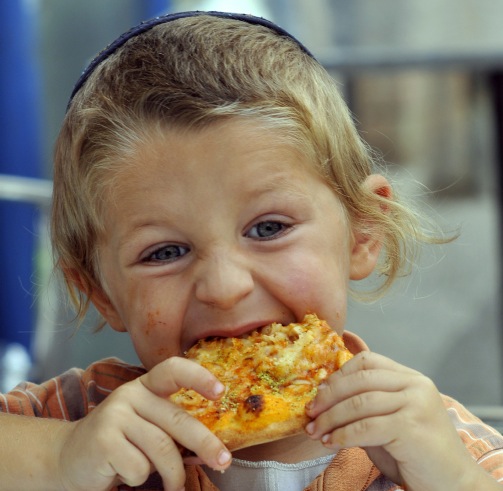 Make mine without cheese, Mom! Illustrative photo by Serge Attal/FLASH90

Yes, you read that right. In Israel, no-cheese pizza has become the talk of the day. A Facebook campaign led by Vegan Friendly, an activist group promoting the vegan lifestyle in Israel – persuaded the Domino’s Pizza chain to add a vegan pizza option to its menu.

This month, the international pizza chain’s Israeli franchise became the world’s first Domino’s Pizza outlets to offer the non-dairy pies. A family-sized pizza with soy-based topping and vegetables costs about $20.

“Israel is leading the vegan revolution around the world, and this is another indication,” Omri Paz, director of Vegan Friendly, told Haaretz.

Vegan Friendly has more than 37,000 likes on its Facebook page. The organization estimates there are about 200,000 vegans in Israel, or those who do not eat any product derived from animals.

“We are all working together in order to make the vegan lifestyle easier and more accessible in various areas of business such as restaurants, cafés, wedding halls, hotels, clothing stores, cosmetic shops, and more,” reads the group’s mission statement. “We are working to increase the awareness amongst business owners that vegan consumers are a very large audience with great potential for their businesses.”

Indeed, the Domino’s Pizza addition was the group’s biggest coup but the vegan-friendly community has logged many successes on the country’s food map. They got one popular café chain with more than 30 branches around the country to add an eight-item vegan menu to its regular list of options, and they persuaded one of the country’s top ice-cream chains to add three vegan flavours with a rice-milk base –which keeps the frozen treat an ice cream and not just another sorbet.

But the Domino’s move has been the one to attract international attention.

There was this post on NPR’s food blog, The Salt: “We were curious whether the Israeli vegan pizza might inspire something similar on stateside menus.”

But the American franchise of the Domino’s chain didn’t seem excited by the new choice.

Double-cheese is a favourite pizza topping in the United States, and pizza chains have “cheese wars” over who can stuff a crust with more cheese.

And though the Vegetarian Resource Group says some 2.5 percent of Americans (over seven million people) identify as vegans, it would seem the vegans of Israel know how to lobby much better.

“We’ll be paying attention to [the vegan pizza in Israel], but it’s not something we’re working on here in the US,” Domino’s spokesman Tim McIntyre told The Salt.

UNCOVER ISRAEL - Get the ISRAEL21c
Weekly Edition free by email
Sign Up Now!
Bring Israel's story to life.
Millions of people around the world rely on us to gain a deeper understanding of Israel. We are the trusted source for original content you won't find anywhere else.
You can make a difference. Donate today to support journalism that brings Israel’s story alive.
SUPPORT ISRAEL21c
Read more on:   vegetarian, dominos, pizza, vegan, Spotlight on Israel