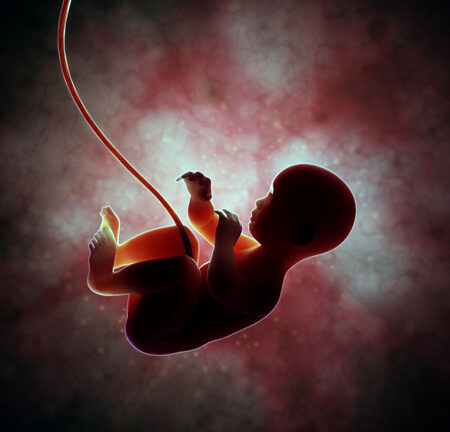 Weizmann Institute researchers have revealed in unprecedented detail the dynamics of the flow of fluids within the placenta. (Shutterstock)

Weizmann Institute scientists turned to advanced MRI methods to monitor the blood flow across the placenta and say if developed further, the new techniques hold great promise as a noninvasive means of detecting fetal distress caused by disruptions in the placental flow. Currently there is no reliable method for monitoring the flow or detecting other signs of the distress in its early stages. 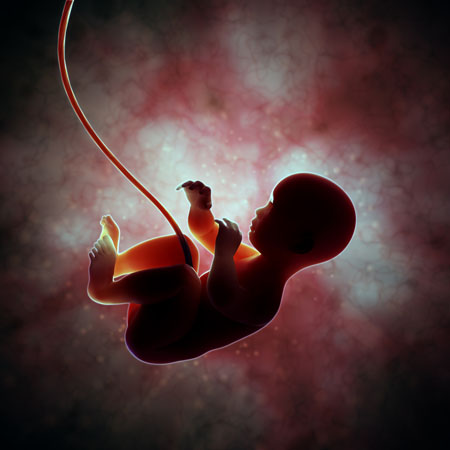 Weizmann Institute researchers have revealed in unprecedented detail the dynamics of the flow of fluids within the placenta. (Shutterstock)

Magnetic resonance imaging, or MRI, can be safely performed during pregnancy, but currently available MRI methods are not suitable, the scientists report. Problems include the motion of the fetus or mothers’ breath, the varied structure of placental tissue and the tangled maze formed by maternal and fetal blood vessels.

In a new study in mice conducted with advanced MRI methods, research teams from the labs of Prof. Michal Neeman of the Biological Regulation Department and Prof. Lucio Frydman of the Chemical Physics Department at the Weizmann Institute, revealed in unprecedented detail the dynamics of the flow of fluids within the placenta. This feat was all the more impressive, as a mouse placenta is around the size of a dime.

The researchers also found that in maternal vessels, blood flows by diffusion, whereas in fetal vessels, the flow, stimulated by the pumping of the growing fetus’s heart, is much faster. In the cells that had infiltrated the mother’s vasculature, the dynamics of the flow follows an intermediate pattern, driven by both diffusion and pumping.

Two sophisticated MRI methods were combined to enable the study: one geared toward monitoring diffusion and another directed at identifying structures with the help of a contrast material. They could be applied successfully in large part thanks to an innovative scanning approach, spatiotemporal encoding (SPEN), a Weizmann Institute technique. Because SPEN is ultrafast and makes it possible to separately encode signals from such different materials as air or fat, it allowed the researchers to overcome disturbances created by movement and the variability of placental tissue.

The researchers say that if developed further for safe and reliable use in humans, this combined approach can be particularly valuable when fast decisions about inducing labor need to be made, for example, in such complications of pregnancy as preeclampsia.

The research was performed by two graduate students, Reut Avni from Neeman’s lab and Eddy Solomon from Frydman’s lab, together with Ron Hadas and Dr. Tal Raz of the Biological Regulation Department and Dr. Peter Bendel of Chemical Research Support, in collaboration with Prof. Joel Richard Garbow from Washington University in St. Louis.

UNCOVER ISRAEL - Get the ISRAEL21c
Weekly Edition free by email
Sign Up Now!
Bring Israel's story to life.
Millions of people around the world rely on us to gain a deeper understanding of Israel. We are the trusted source for original content you won't find anywhere else.
You can make a difference. Donate today to support journalism that brings Israel’s story alive.
SUPPORT ISRAEL21c
Read more on:   News, mri, fetal distress