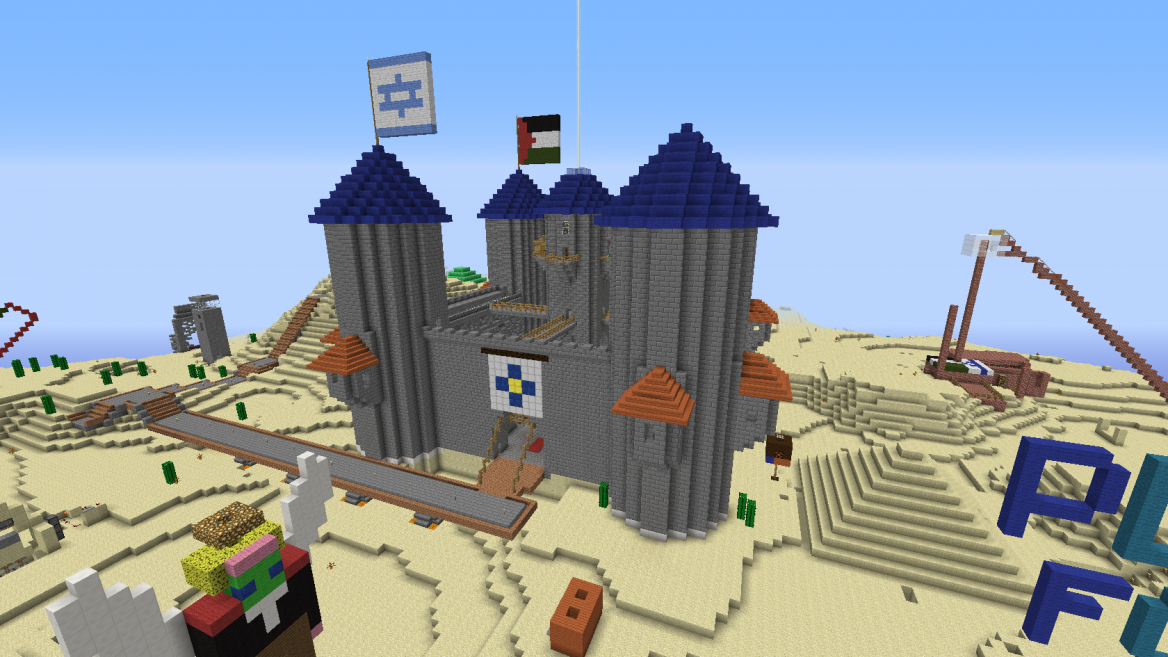 Building virtual cities together also builds bonds of friendship between Arab and Jewish teens. Photo courtesy of Games for Peace

At the 2013 Games for Change Festival in New York, Israeli father and software executive Uri Mishol learned an amazing factoid: By age 21, most children have spent 10,000 hours playing online games, equaling the hours spent in all of middle school and high school.

“That event opened my eyes to the potential impact that games can have on young minds, for good or bad,” Mishol tells ISRAEL21c. “We have this amazing platform kids are attracted to, so how can we take advantage of it in promoting tolerance, trust and dialogue and breaking stereotypes and racism?”

His answer: Games for Peace,  a movement to bridge gaps between young people in conflict zones through a shared experience of playing popular video games requiring communication and collaboration within a virtual world. Games for Peace, a movement to bridge gaps between young people in conflict zones through a shared experience of playing popular video games

Rather than reinventing the wheel, G4P adapts internationally beloved games, particularly Minecraft, to accomplish its goal.

“That’s what is radical about our approach,” Mishol says. “As far as we know, our school program is the only Jewish-Arab dialogue program that kids actually elbow their way into because they want to be a part of it. You can’t say that about the majority of these types of programs.”

Kids across the Middle East can play G4P together from the safety of their own school or home. One way to do this is periodic Play for Peace weekends, the first of which attracted 100 players in January 2014 in a fun collaboration to build the world’s first virtual peace village via Minecraft.

Automatic translation was incorporated into the game’s chat system to allow natural conversation in multiple languages. Play for Peace events are organized with The Peace Factory, an Israeli social-media initiative.

The second G4P platform is weekly Play2talk Minecraft sessions for children on mixed teams from an Arab and a Jewish school.

Using avatars, they advance through a series of virtual construction challenges, each requiring increasingly more cooperation, communication and dependency among team members.

As they progress, the students exchange information about their real-life selves and finally have a chance to meet one another in a neutral location or at one of their schools after completing the online task.

“We have this amazing platform kids are attracted to, so how can we take advantage of it in promoting tolerance, trust and dialogue and breaking stereotypes and racism?”

Itay Warman, an educational technology software entrepreneur and former principal of Israel’s largest high school for gifted and talented students, saw that many of his pupils in Rishon LeZion enjoyed using Play2talk to connect with peers of different cultures, and were highly motivated to interact online and offline. Warman was so impressed that he became CEO of G4P.

“I think our two challenges now are to widen the circle of participants and to develop the program from school outward,” he tells ISRAEL21c. “We want teachers to join our effort and the best way to do that is to make them developers.”

He envisions a teacher-supervised team of 20 Arab and Jewish students building an online Play2talk environment with games that present their local culture in the Minecraft virtual world.

Mishol and Warman also are working with their Jewish and Arab partners to plan an annual, large-scale Middle East Gaming Challenge.

The concept has obvious appeal in other parts of the world.

Last year, the European NGO Elva brought G4P to the attention of the European Union, which commissioned the Israeli organization to introduce G4P in Georgia. The goal was to help ease tensions between Georgian and Abkhazian youth that have been simmering since the Russo-Georgian war in 2008.

“This is a deeply rooted conflict,” says Mishol, “and it was a fascinating experience for us to see that the basic notion of using well-known computer games to connect between youth works there as well as here. It taught us a lot about how to bring programs to another culture and language.”

G4P has also sparked interest in Northern Ireland and in India. Mishol and Warman believe it could have a positive effect among youth in European countries where numerous migrants from the Middle East and Africa are setting off an uneasy cultural shift.

“One of our goals for this year is to move from a passionate volunteer-based, grassroots operation to a type of organization that will allow us to scale up and enter the educational system,” says Mishol.

“We are looking for financial resources to do that. Until now we’ve had a mix of private donors, mostly Israeli, and we’ve had backing from the American Embassy, which supported our school program last year, and the EU, which supported our endeavors in George and Abkhazia. We would love to expand that further.”

Mishol says he isn’t much of a gamer, but he is concerned about his children’s future in a contentious part of the world. Having spent six years in the military, he knows well the cost of continued conflict. And he knows software, as former CEO of IncrediBuild, which specializes in accelerated development software.

Games4Peace is based in IncrediBuild’s Tel Aviv offices, though Mishol and Warman spend most of their time implementing G4P in schools run by Amal, Israel’s second-largest high school network.

“We’re offering a novel solution that breaks down the walls of the school to make a social impact, and we have the self-motivation of the students,” says Warman. “This is a unique combination.”

It would be naïve to expect G4P to erase ingrained prejudices and suspicions entirely. Mishol relates that during the first Play for Peace, one player put swastikas on buildings in the virtual community. However, this ugly incident had a hopeful conclusion as the rest of the players banded together to delete the Nazi symbols.

“Helping their team win the challenges is sometimes more powerful than the preconceptions they have about each other,” says Mishol.