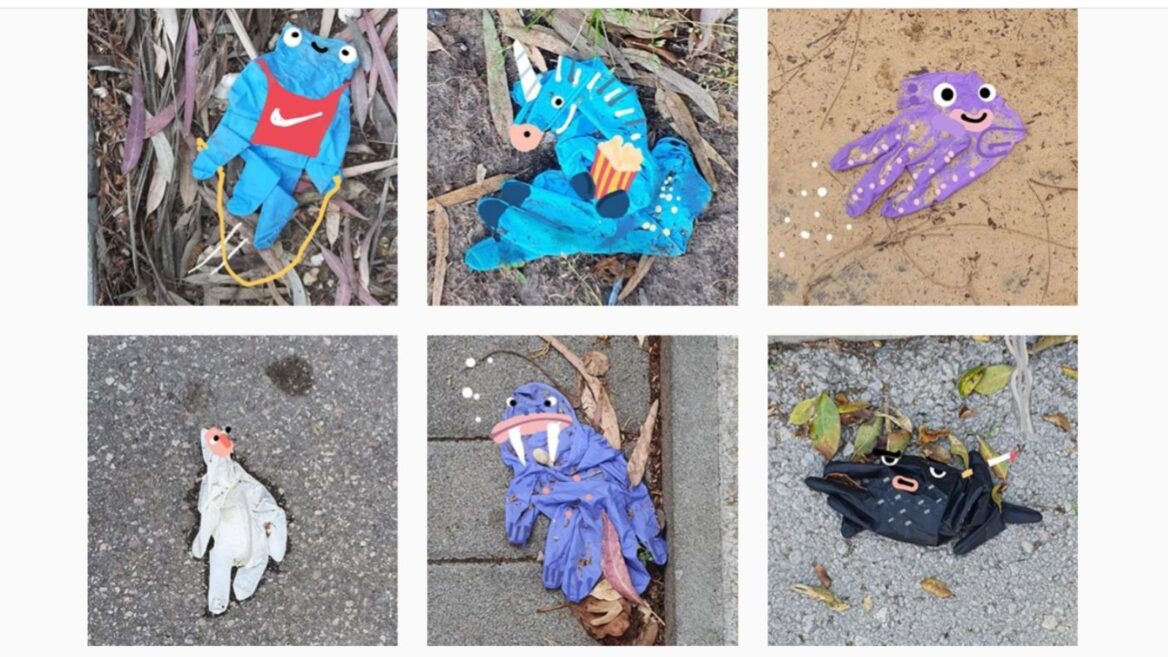 His first reaction was disgust. Graphic designer Yoav Gati saw discarded disposable gloves everywhere as he strolled with his toddler near their South Tel Aviv home in the early days of the pandemic.

“The virus was not the only thing that was spreading; gloves were spreading. I suppose people were a bit panicked and threw them out of car windows, on sidewalks, in gardens. It was awful,” Gati tells ISRAEL21c.

He snapped pictures of the glove litter and posted them on his Instagram page to spur discussion of this public-health issue. Then he used a long stick to throw some of the used gloves in a closed trash can.

Upon reading the reactions to his post, his creative eye began imagining new possibilities for the photos.

“I looked at those gloves and suddenly saw a chicken or a rabbit or a camel. I thought, I will draw something on those gloves and upload those drawings. In that way, maybe I will make people notice them.”

That notion led to a new Instagram profile, Glove Stories. Gati uses the Stories function to finger-paint whimsical details on his glove photos on the go. He adds a short “bio” for each character created – for instance, a matkot-playing cat named Dov and a Netflix-addicted unicorn named Naor. 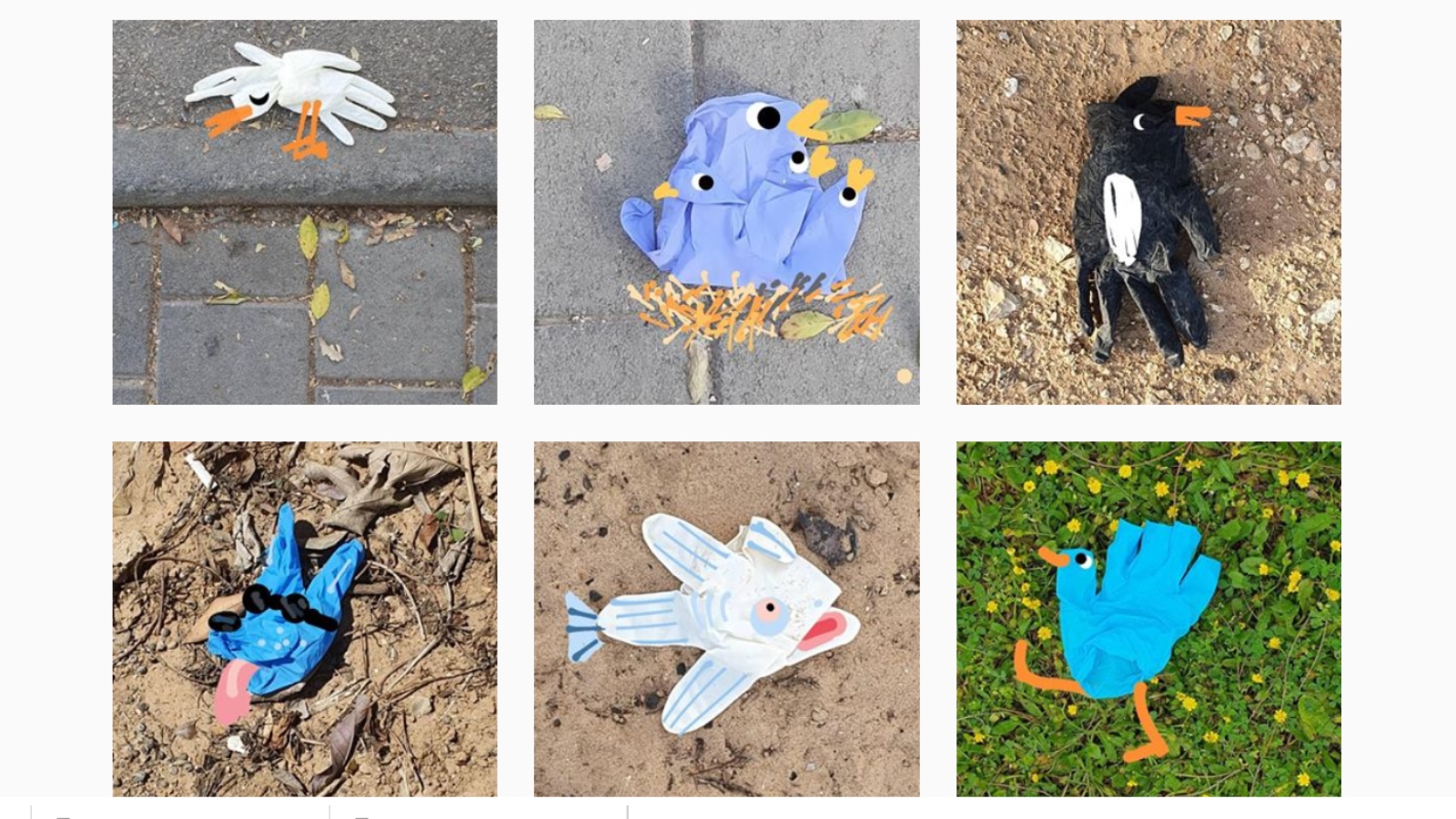 Discarded disposable gloves take on a new persona by the hand of Israeli designer Yoav Gati. Photo via @glove.stories

“I did more than 30 posts and it became a thing. The profile got close to 1,200 followers without any promotion.”

Humor is a much more effective tool than outrage.

“Design allows you to critique in a way that makes people listen without pointing a finger. I make you smile, or even laugh, and then you’re open enough to realize the problem,” Gati says. “Creativity can make people notice stuff and bring important issues to the forefront.”

Friends and followers from all over the world – including “a couple of cool influencers in graphic design” — began sending him their own discarded-glove photos.

“Sometimes people send me a glove picture and ask me to draw on it; other times they send drawings that they did to upload to my story,” Gati relates. 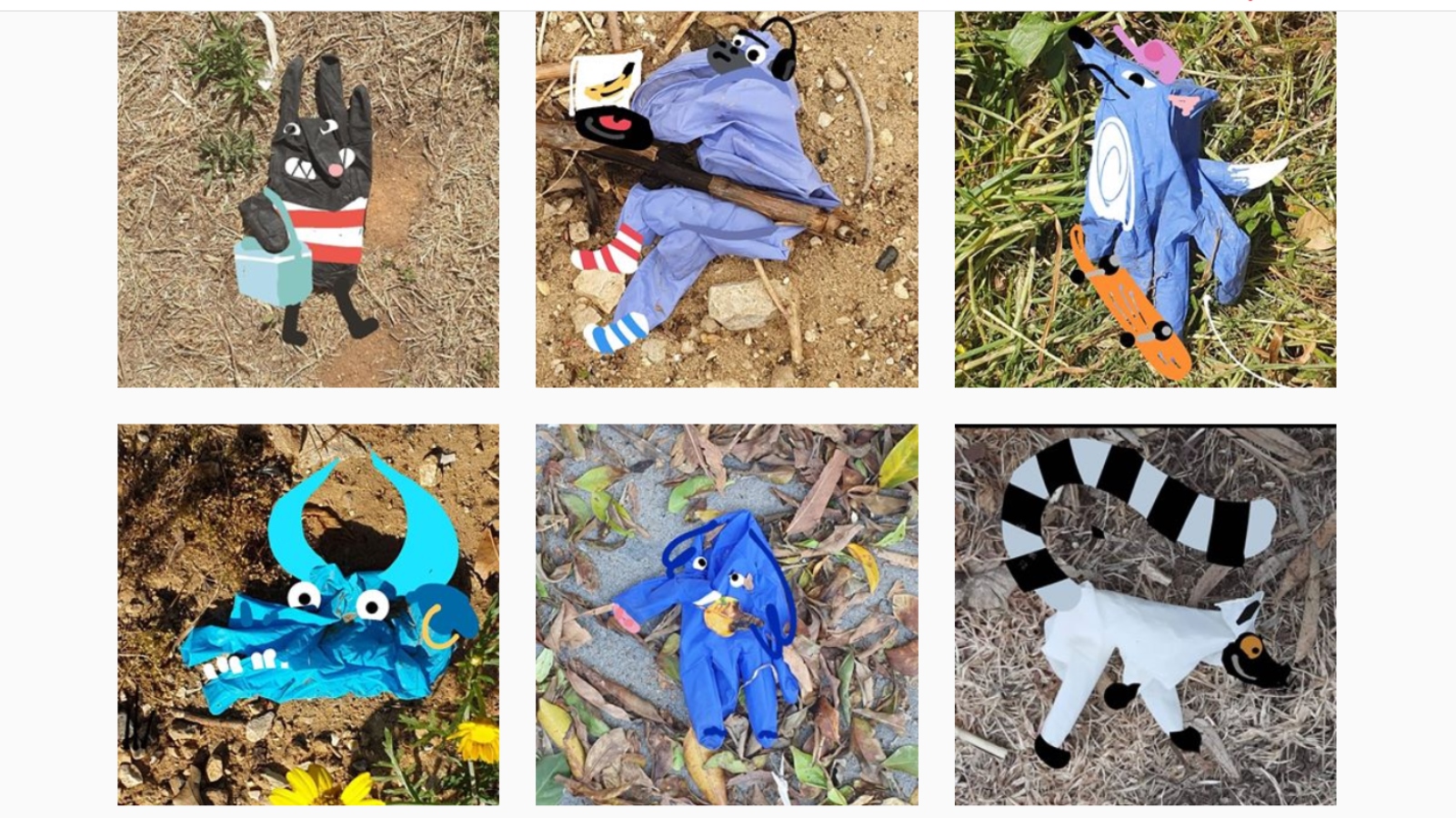 Glove characters have an important message to impart about safe disposal during the coronavirus pandemic. Photo via @glove.stories

He also invented games for followers to play, such as sharing what they imagine when looking at a new picture of a trashed glove. As a father, he hopes Glove Stories may inspire other parents to use the photos as a teachable moment on the importance of proper disposal of masks and gloves.

Gati, 35, began his career as an ad copywriter, then got passionate about design and went to Shenkar College of Engineering and Design. Now he teaches branding at Shenkar and helps established and new businesses build their social-media creative strategy.

As for his own Glove Stories social-media project, he hopes it “dies with the problem.”

“Now in Israel we are after the big wave of the pandemic and we hope it won’t come back. But I’m sure in other places the problem is still very much there. I’d love for others who see this project being relevant to their own hometown to send their photos to me at @glove.stories.”