Cap and rotator: US vets Anthony and James laying a wreath at Latrun war memorial. Photo by Judy Schaffer

US vets Anthony and James laying a wreath at Latrun war memorial. Photo by Judy Schaffer

On the final evening of a September 2‐10 tour of Israel with Heroes to Heroes , a US Army veteran named Juan told ISRAEL21c: “Instead of the VA [Veterans Administration] spending money on our medical treatment, they should have spent money on this program, because more healing was done here.”

Based in New Jersey, the nonprofit Heroes to Heroes brings over “teams” of war veterans suffering from post-traumatic stress disorder (PTSD) and often physical injuries as well.

Juan, who fought in Iraq in 2004 to 2005, was in the fifth cohort of 10 Americans accompanied by a coach and Heroes to Heroes founder Judy Schaffer, along with six Israeli vets who met them here.

“For veterans who are struggling and may have thoughts of suicide or not moving on, the trip helps them get their connection back to what’s important, spiritually and emotionally,” Schaffer tells ISRAEL21c.

A recent Ministry of Defense study conducted on 2,235 Israeli veterans diagnosed with PTSD found that they have a lower rate of mortality compared with soldiers suffering PTSD in other countries including the United States.

“Our suicide rate is over 20 veterans a day in the US,” says Schaffer. “I want them to understand that they matter, that they have value, that they can have a connection with a higher being, with each other and with people 6,000 miles away.”

The opportunity to experience religious sites such as the Western Wall, the Stations of the Cross, the Church of the Holy Sepulcher and the Jordan River helps these veterans discover a purpose and a reason to continue, she explains. 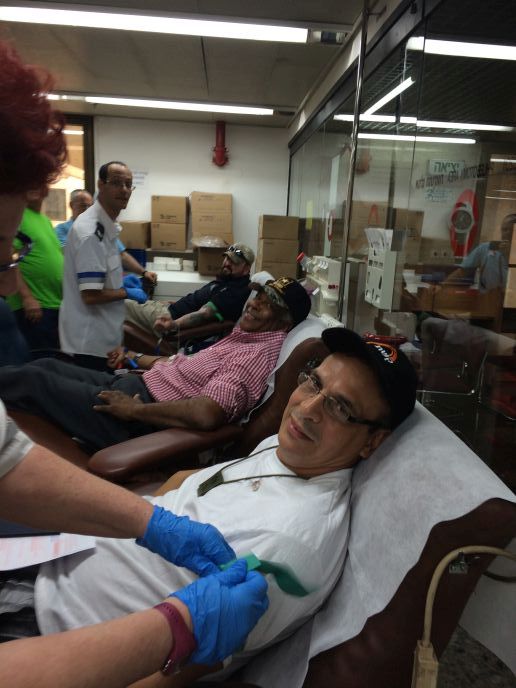 The other critical thread is the feeling of being understood on a level that most Americans cannot offer these war veterans, given that less than 1 percent of the US population serves in the military.

“People say they care and they understand you, but they don’t,” says Anthony from Portland, Maine, who served in Afghanistan and still has shrapnel in his hand two years later.

“When you’re in the service, your friends are always to your right and your left. When you come home, you feel alone. Coming here and meeting soldiers from different generations and different wars, Israeli and American, has helped me a lot. I think it will allow me to move on to bigger and better things.”

Anthony enjoyed spending time with Israeli soldiers on the Syrian border in the Golan Heights, an area of Israel that reminded him of Napa Valley.

“To them, I guess we American soldiers are the rock stars because we have all kinds of cool gear,” says Anthony, 38. “But it was actually the opposite: It’s these 19-year-old troops who are the rock stars. I felt in the US army that I was a piece of equipment, a dog-tag number, and could be changed out at any time. These kids don’t feel that way. They are fighting for their homes an hour away.”

The proximity of the battlefield left many of the visiting vets in awe of how Israelis can be friendly and smiling despite the enemies on their borders.

“I can’t imagine the pain that it brings a mother or father to see their son go to war so close to home,” says 41-year-old Peter from Laredo, Texas, who served with the US Navy in faraway locations including Guam, Japan, Korea and Afghanistan.

“Yesterday I talked to a mother who said her son was fighting near Egypt and came home on a one-day furlough. It’s hard to grasp that you could be at war and your mom takes you to lunch.”

Anthony noted that in Israel the military is a unifying experience. “Everyone you see has served or is going to serve, and Israelis know that and appreciate it. I am amazed how much this country cares for its soldiers and its people.”

The group visited soldiers still hospitalized for wounds they received during Operation Protective Edge. “Even though they’re in pain, they were in good spirits and thankful we were there,” Peter tells ISRAEL21c.

“I consider them my brothers. We all feel the same things and have the same issues. The pain transcends your religion and your color. As a group, we understand each other and what we went through.”

Peter intends to come back to Israel with his wife and two children. “I want her to experience what I’ve experienced thanks to Judy and Heroes to Heroes,” he says.

The itinerary was arranged by Keshet: The Center for Educational Tourism in Israel. Tour educator Daniel Jacobs led the vets from north to south, and honored a request to improvise a stop at Agilite, maker of innovative military and search-and-rescue gear.

Many of these men – some of whom served in the Vietnam War – were especially touched by a tree-planting activity in the Lavi Forest in the Galilee. 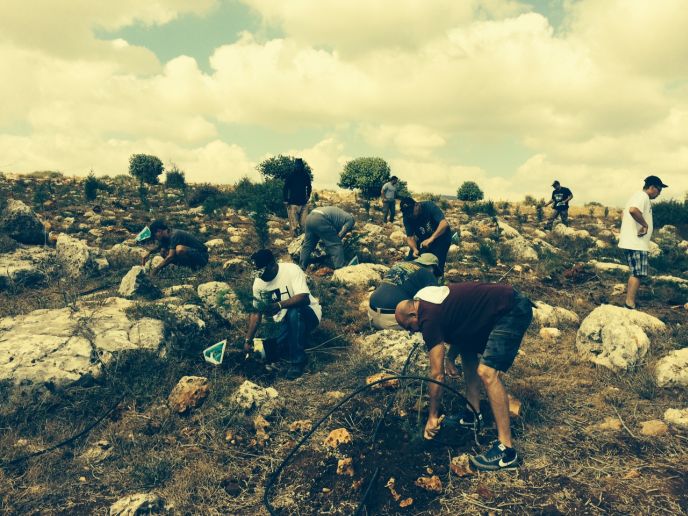 “I believe if most of our veterans were involved in these kinds of activities, they would get better,” says Juan, who lives in Providence, Rhode Island.

Schaffer and the coaches stay in touch with past participants. “A lot of them come back with a sense of peace and a sense of purpose. And they keep that with them.”