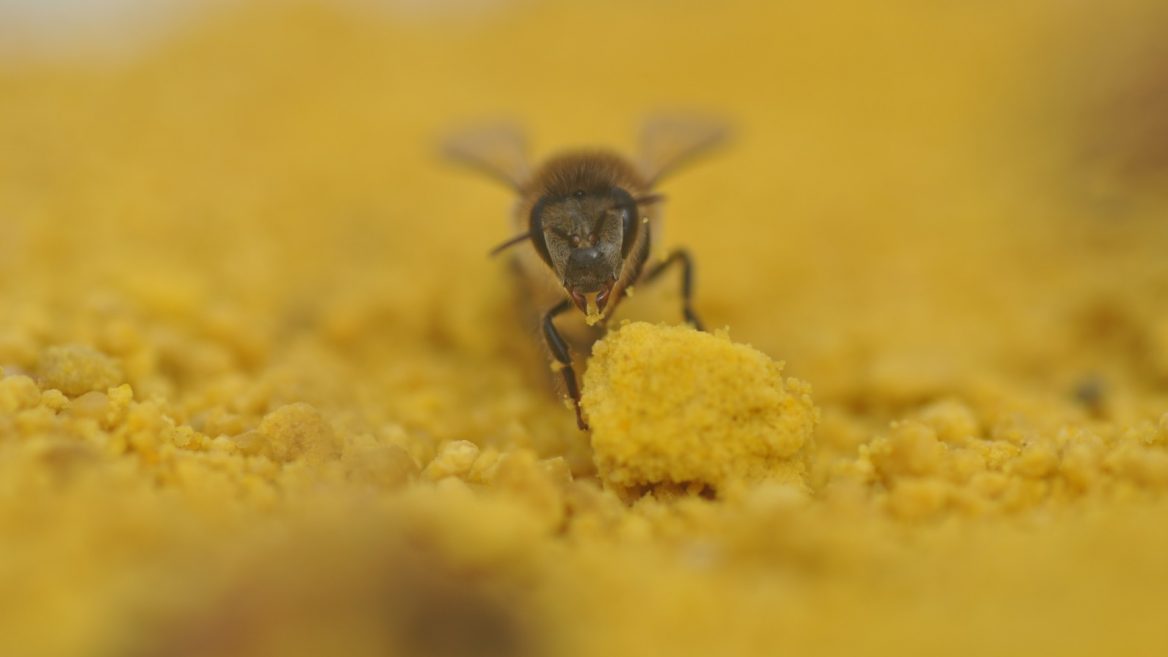 A bee in the Benjamin Triwaks Bee Research Center in Rehovot. Photo by Shlomi Zarchin

If you give a “menu” to a bee, it will instinctively choose dishes that provide the right balance of nutrients: sugary nectar plus pollen full of protein, fatty acids and micronutrients.

The center also has discovered that, like humans, bees consuming an unhealthy ratio of omega-6 to omega-3 fatty acids develop cognitive deficiencies.

They cannot simply choose pollen from flowers high in omega-3 because increasing urbanization has decimated many kinds of wildflowers. The resulting nutritional imbalance is a major reason why honeybees, responsible for the pollination of more than 90 commercial food crops across the world, are dying at an alarming rate.

“Our specific research is on understanding bee diets and how they choose their diets. We know they need nectar and pollen, and that all comes from flowers,” Bee Research Center director Prof. Sharoni Shafir tells ISRAEL21c.

“Beekeepers can give them sugar water if there’s not enough nectar but lack of pollen is a more acute problem because it’s complex. There are essential amino acids they can only get from pollen, and the amount of essential fatty acids — omega-3 and omega-6 – varies from pollen to pollen. We are working in an international consortium to understand how to formulate an artificial diet that will be as good as pollen,” he says. Shafir’s PhD student Yael Arien fed colonies of bees with artificial pollens, some poor in omega-3 and others rich in omega-3. Then she tested the bees’ learning aptitude using Pavlovian conditioning.

“That was a striking effect,” says Shafir.

He explains that in humans, the right balance of omega-6 and omega-3 is 1:1. The typical modern Western diet (high in corn and corn byproducts and low in fish and free-range meat, poultry and eggs) provides a 15:1 omega-6 to omega-3 ratio. This imbalance is thought to contribute to cognitive dysfunctions such as dementia, depression and ADHD.

“Some doctors think too much omega-6 is the No. 1 health issue of the future,” Shafir says. “In bees and other invertebrates, nobody has looked at this possible unbalance. It turns out that bees usually collect pollen higher in omega-3 than omega-6. When they can, they collect a mixed diet of pollen.” For three days, Shafir’s lab fed one colony of bees a type of pollen lacking omega-6 and fed another colony pollen lacking omega-3. Then they allowed the forager bees from each colony to choose among three dishes of pollen. The first dish contained exactly what they’d eaten for three days. The second dish had pollen from a different flower but with the same fatty acid lacking. The third dish contained “complementary” pollen rich in whichever fatty acid they had not gotten for three days.

“In the observation hive, we could see what they were excited about because they do a ‘recruitment’ dance,” he says. “We videotaped all their dances and analyzed them, and found they did a more rigorous dance when they found the complementary pollen. So we saw that the individual foragers make decisions and relay them to the whole colony. We just ‘listened’ to what the bees told each other.” 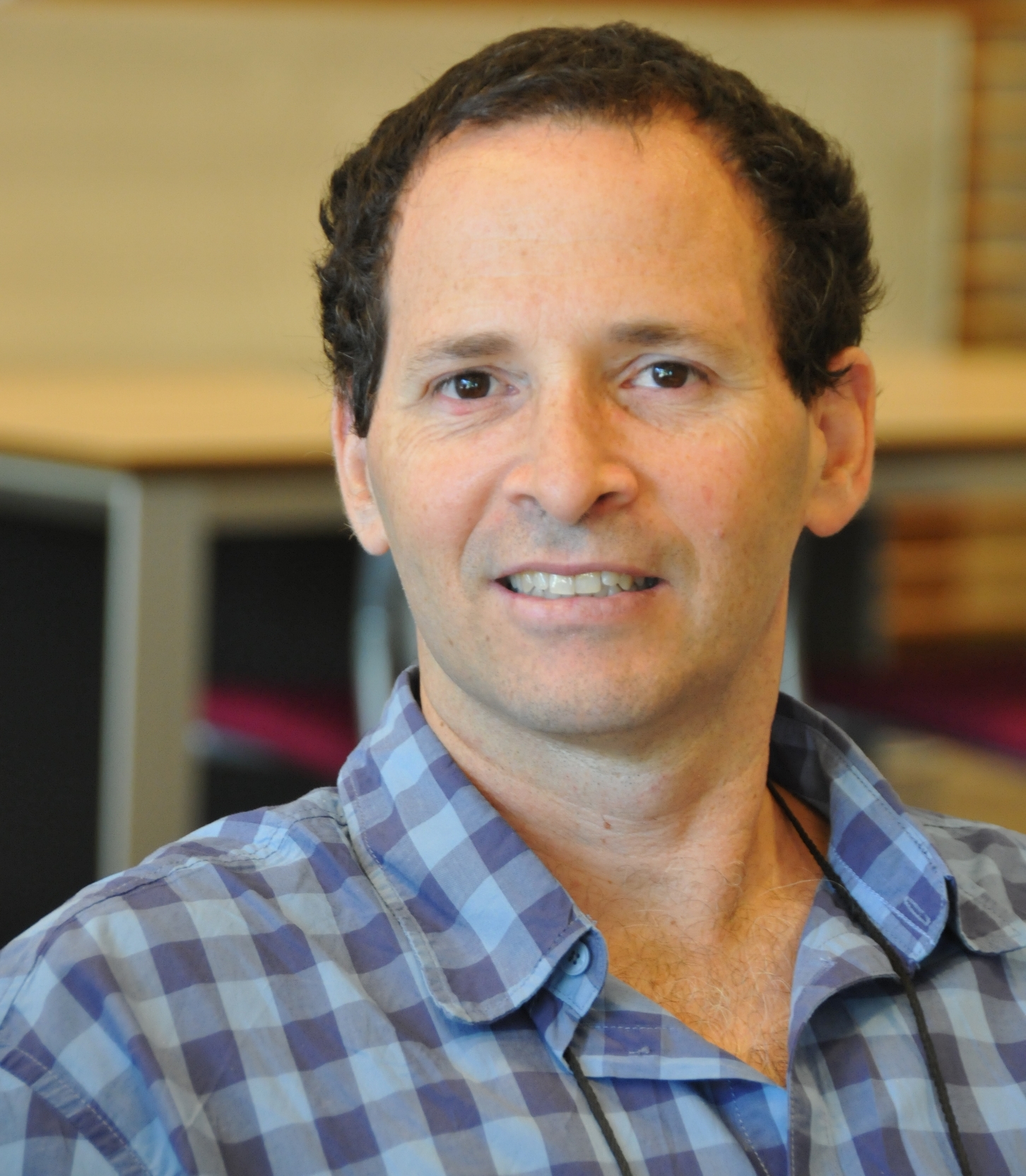 In a similar study in Shafir’s lab, led by postdoc Harmen Hendriksma from Holland, each colony was deprived of a certain amino acid (protein) for a week. Afterward, most foragers chose the complementary pollen to balance their diet.

“Taken together, we see that omega-3 deficiencies have a strong effect on cognition and that bees try to balance their deficiencies, though we don’t know how,” says Shafir. “What ratio of omega-6 to omega-3 do they need for best learning performance or for longevity and other aspects? We’re working on that.”

Shafir emphasized that the experiments are not focused specifically on colony collapse disorder, a “strange disappearing act” affecting honeybee colonies in the United States since 2006, but on the global problem of colony losses. 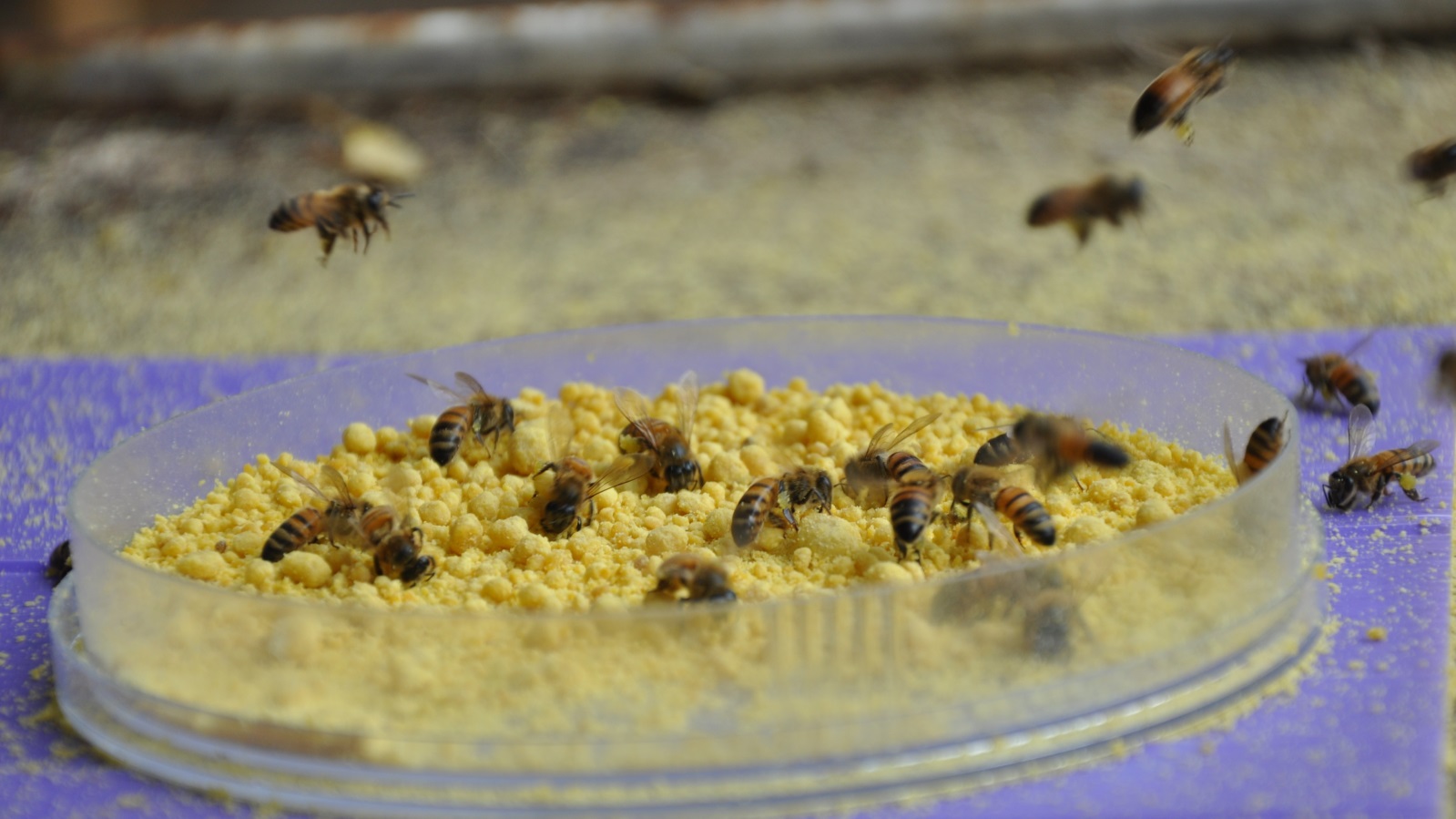 Bees dining on the pollen of their choice at Israel’s Benjamin Triwaks Bee Research Center. Photo by Shlomi Zarchin

“Bees are dying from all kinds of reasons,” he tells ISRAEL21c. “There is an ongoing debate as to the causes. We believe there are multiple causes and they all synergize. The three most important factors are the use of pesticides and poisons in the environment; the Varroa mite and the viruses it transmits; and the lack of proper nutrition or malnutrition” caused by shrinking amount and variety of wildflowers.

Nutrition is the basis of everything, because malnourishment leads to a weaker immune system that cannot fight the effects of pesticides and viruses.

Shafir’s lab has proven that providing bees with a more balanced diet makes them healthier and smarter. Development of well-balanced artificial pollen is now underway.

The Bee Research Center’s studies were published in PNAS  in 2015 and in Behavioral Ecology and Sociobiology  in 2016.