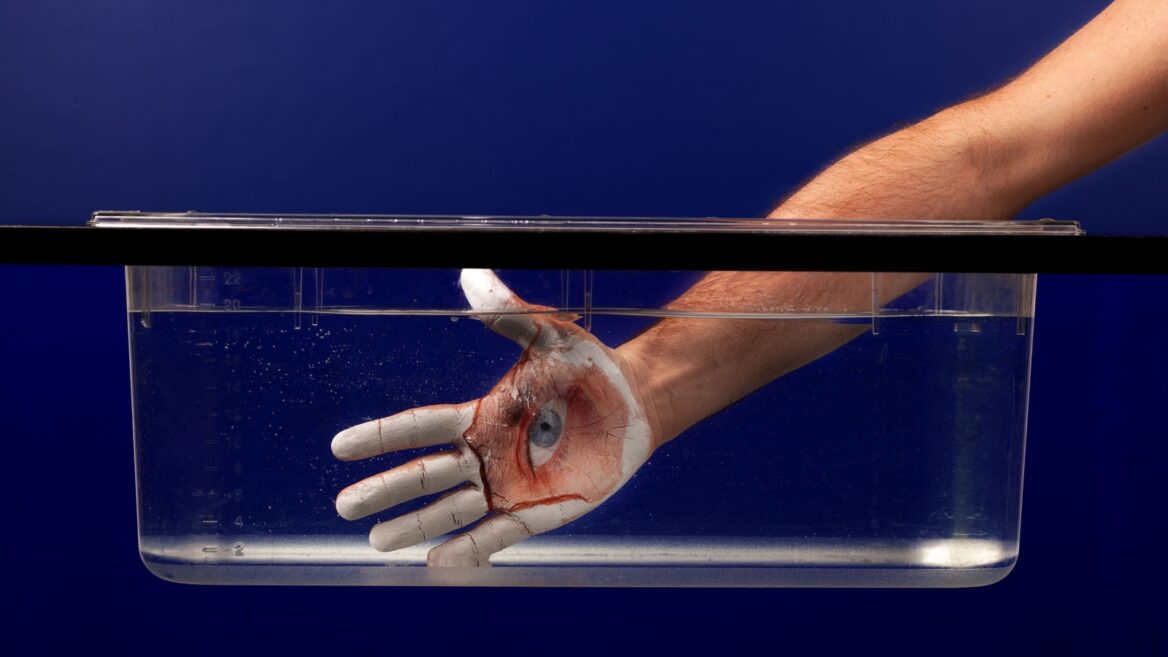 If you want to banish a blemish or add a fanciful flourish to your photograph, that’s easily done with Photoshop. It’s not as easily done on your actual body. Israeli photographer and industrial designer Guy Aon aims to change that.

Aon’s tentatively titled BodyPiece technology could revolutionize a broad range of sectors, from makeup to prosthetics to fashion.

Say you want to cover a burn scar on your hand. Aon takes a picture of your other hand, adjusts it to perfection on Photoshop and prints it onto a special type of paper using non-toxic ink.

He immerses the paper in water. The paper dissolves, leaving behind the ink suspended on the water. Then you submerge the scarred part of your hand and the ink settles on it precisely in the correct pattern. It stays there until you scrub it off.

“The result is actually amazing,” Aon tells ISRAEL21c. “It’s hard to see any difference between the image and the body itself. It’s a smooth continuation. And it’s very elastic so it moves with your skin.”

A combination of the ancient Japanese suminagashi marbling method and modern hydro-printing, Aon’s technique can work on just about any material.

You could submerge a thermoplastic prosthesis in the floating ink and come out with a leg or arm that matches your remaining limb perfectly. Unlike on skin, the ink transfer would be permanent.

“Some prostheses are skin-toned but still look unrealistic. We would create a continuum between the body’s own skin and the prosthesis,” Aon says.

He showed a demo of his technique to doctors and medical investors, mainly in New York. They were intrigued by its potential not only for lifelike prosthetic limbs but also for prosthetic nipples.

“Nipples are very hard to reconstruct after surgery,” Aon explains. 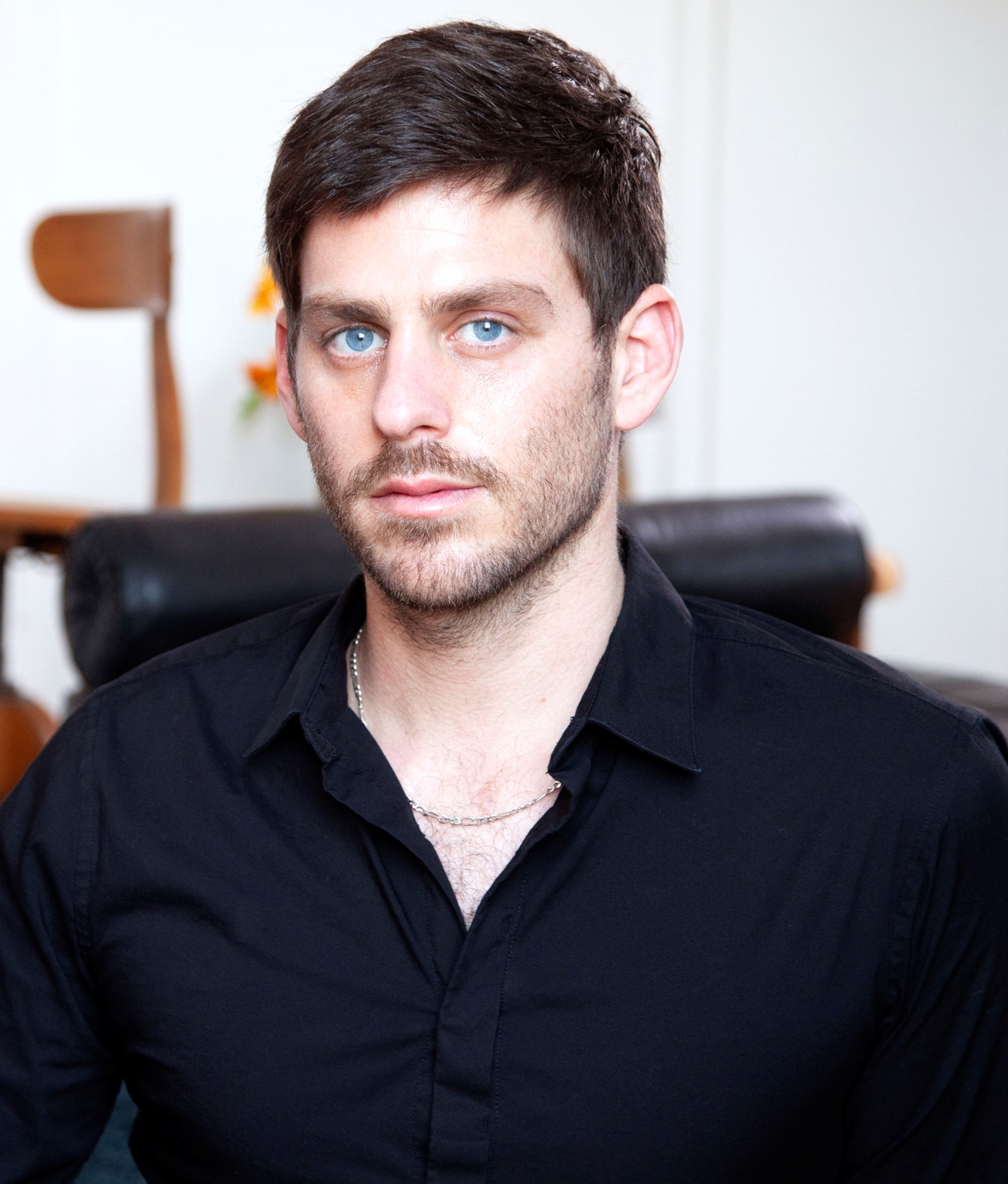 But medical aesthetics is hardly the only area of interest.

“Instead of spending two hours on a movie set creating a special makeup effect, in a matter of seconds you’d have something more precise without spending so much time and money.”

He is working with a fashion designer and a jewelry designer to explore yet another application for BodyPiece.

“My ambition is to create wearable photography, something new in fashion,” he says.

“You could print on fabric, metal or plastic. Or you could print on your own body. Instead of wearing fabric you’d be wearing the BodyPiece photograph as a substitute for a piece of fabric or as a continuation of the garment.” Guy Aon’s BodyPiece technique lets you print a photo on your body. Photo by Dor Kedmi

He hopes to start a couture collection in collaboration with the designer. “I learned that in order to become mainstream you have to start with high fashion,” he says.

“In terms of fashion the idea is creating something fringe and colorful and innovative to look at. In medicine or in movie makeup the idea is to create something that looks realistic and feels realistic, resembling the body as perfectly as possible.”

Aon gives lecture performances on his technique at venues such as the Design Museum in Holon. Photographs of his process were turned into an exhibition, “Image Prêt-à-Porter,” on display at the Faculty of Physics of the Weizmann Institute of Science in Rehovot.

Aon hopes to open a research lab in the coming months to perfect his technique for all these different applications.

“The beauty of this technology is you can do so many different things. The way I work allows me to go into very different areas, but the development doesn’t change much from one area to another.” 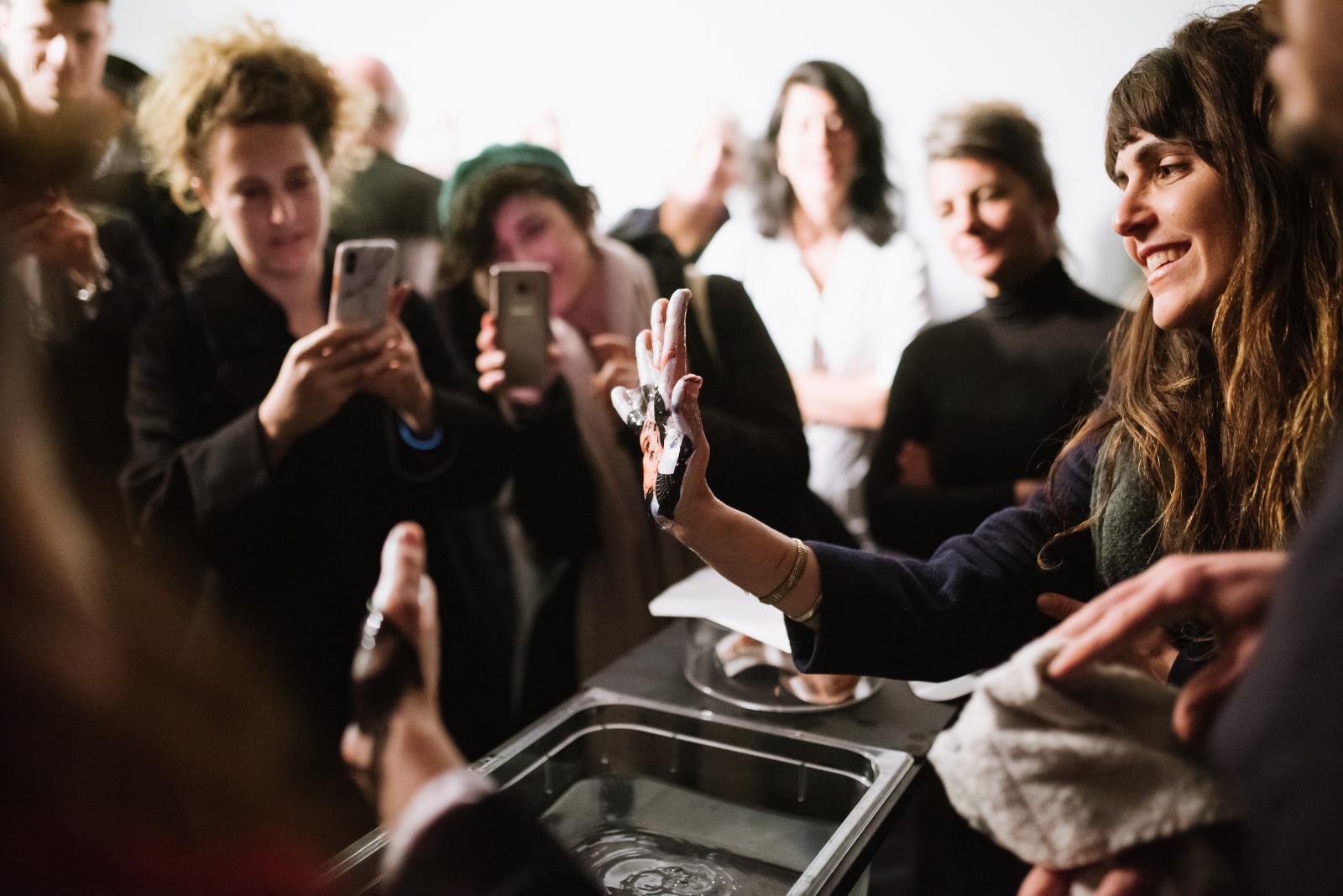 Aon, 33, earned a bachelor’s degree in photography and a master’s degree in industrial design from Bezalel Academy of Art and Design in Jerusalem.

These two areas of expertise led to his curiosity about transposing photography onto 3D objects.

During his master’s studies he spent time in the materials science and nanotechnology lab of Prof. Shlomo Magdassi at Hebrew University. He discovered materials and techniques that could help him create freestanding photographic images.

“I did this first with circular objects and then I developed masks. I took a mold of my face and designed a mask very similar to my actual face because it uses the pixels from the original picture. If I could transpose a picture onto an object with precision, why not use the same technique to transpose pictures onto the body?”

Aon hopes his first products will hit the market in 2021. “The innovation in this technique is that it gives advanced aesthetic solutions without invasive intervention, using photography and water printing.”