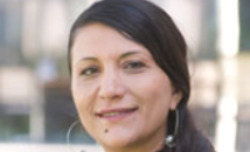 “We can actually see the changes in the vessel wall volume that are caused only by diet,” Dr. Iris Shai, lead researcher on the two-year study.

Dr. Iris Shai is excited. “For the first time we have images that prove that a diet can accomplish what we believed could only be done with pills, and you get the same results with a low-carbohydrate or low-fat diet, or the Mediterranean Diet,” she tells ISRAEL21c.

Shai, a researcher in nutrition at Ben-Gurion University (BGU) of the Negev in Beersheva, Israel, has just spent the last two years studying the effect of diet on atherosclerosis (hardening of the arteries), and blood pressure – both of which are direct risk factors for strokes and heart attacks.

“All the diets were different, but they had certain things in common,” Shai explains. “They all have an increase in vegetables, omit trans fats and processed food and cut calories. The common denominator of all the diets is moderate weight loss. It’s well known that people lose the most weight in the first six months of a diet and tend to gradually regain weight in the second six months. Our study shows that the main thing is to stick to the long-term, healthy diet strategy.

“Even if we experience some partial weight re-gain over time, long-term adherence to weight loss diets is effective for reversing carotid atherosclerosis as long as we stick to one of the current options of healthy diet strategy. This effect is more pronounced among mildly obese persons who lose more than 12 lbs. of body weight and whose systolic blood pressure decreases by more than 7 mmHg,” she says.

Shai, a researcher at the International Center for Health and Nutrition in BGU’s Department of Epidemiology, worked with scientists from the Nuclear Research Center in Dimona and Soroka University Medical Center.

One hundred and forty moderately overweight people working at the Dimona Nuclear Research Center took part in their study, mostly men. Each were put on one of three specific diet regimes – a low-fat diet, a low-carb diet, and a Mediterranean diet.

The study required significant cooperation between staff, participants and their spouses. Workplace cafeteria managers cooperated with clinicians and nutritional advisors to transform the food service program and provide healthy food according to each of the low fat, low carb and Mediterranean diet regimens.

Along with workplace nutritional counseling, trial participant spouses were educated on keeping to the diet strategy at home.

The scientists measured changes in carotid artery vessel thickening caused by plaque, to determine whether diet can reverse atherosclerosis, a process that naturally increases with age. They used a novel three-dimensional ultrasound imaging technique at the start of the study and again two years later.

For the first time, images prove the point

“One of the most interesting findings of the study is that we can actually see the changes in the vessel wall volume that are caused only by diet,” says Shai.

Dr. Yaakov Henkin, a cardiologist at Soroka University Medical Center who led the carotid measurements, explains that “the importance of these results is in the understanding that over two years, changes in carotid atherosclerosis are more strongly predicted by diet-induced changes in blood pressure than by changes in lipoprotein levels, which are commonly believed more important for the coronary arteries.”

“Lifestyle projects in the workplace might be a perfect platform for long-term successful interventions,” says Dr. Dan Schwarzfuchs, the director of the medical clinic at the Dimona research center. “As low-fat, low-carbohydrate and Mediterranean diets all induced regression of carotid atherosclerosis, a low-carbohydrate diet seems like a safe and efficient alternative to low-fat and Mediterranean diets in reversing the atherosclerosis process.”

This study is part of the Dietary Intervention Randomized Control Trial (DIRECT), the initial results of which were published in July 2008 in the New England Journal of Medicine.

The study was a truly international effort, with planning involving Dr. Meir Stampfer from Brigham and Women’s Hospital and Harvard University in the US; analysis of the images performed at the Imaging Research Laboratories in London, Ontario in Canada, led by Drs. J. David Spence and Grace Parraga; and blood biomarkers analyzed in Leipzig University Laboratories, Germany, led by Drs. Joachim Thiery and Michael Stumvoll. Funding came from sources in the US, Canada, Israel and Germany.