Maayan Kitron hands me a weird-looking yellow fruit wrapped in a cocoon.

Gently, I open the papery husk and take a sweet bite of this golden berry (also called a groundcherry or strawberry tomato), whose flavor has been compared to pineapple with hints of cherry tomato and vanilla. 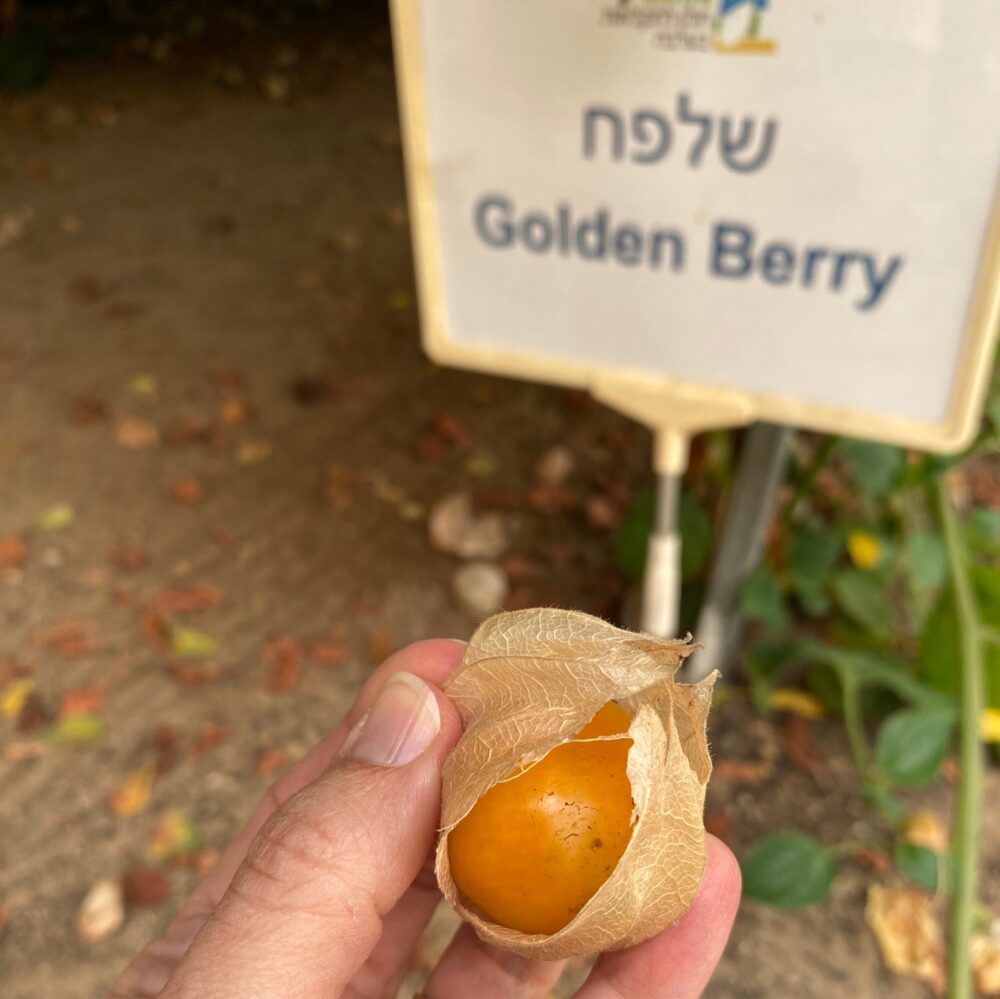 A golden berry growing in the Arava. Photo by Abigail Leichman

Kitron, coordinator of flower and herb research at Arava R&D, also provided visiting reporters with tastes of cherry tomatoes, peppers and strawberries raised in this strip of the Negev Desert stretching down Israel’s eastern border from the Dead Sea to Eilat.

This is a place of long, punishing summers — hardly hospitable conditions for agriculture.

“The average summer day is 40-plus degrees [Celsius, or 104F], and at night the temperature drops only 10 degrees,” says Kitron, who also has a family farm in the central Arava. 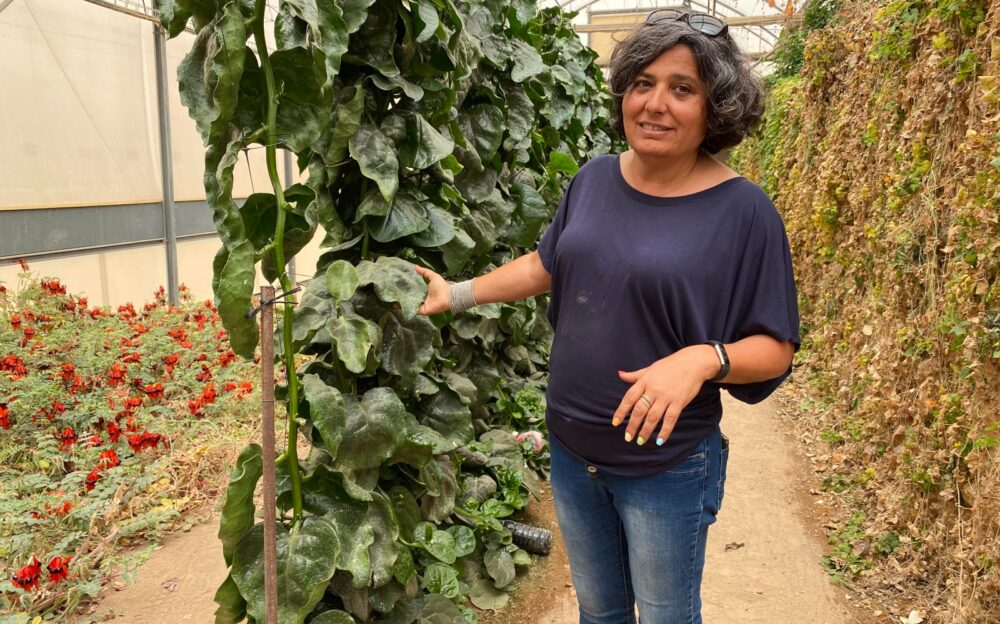 There are even hanging strawberries. The soil here is too hot for them but on the other hand, sunlight brings out their sweetness, Kitron explains.

‘Nothing can grow here’

“In the 1950s nothing was here,” says Tanya Pons Allon, an Arava farmer and director of the Kasser Joint Institute for Global Food, Water, and Energy Security, a cooperative venture at Arava R&D in partnership with the Jewish National Fund-USA, the University of Arizona and the Central Arava Regional Council.

“And then two idealistic pioneers in their 20s wanted to start a community here in the Arava and everyone thought they were mad crazy, that they’d die of dehydration and lack of everything. But [Israel’s first prime minister) David Ben-Gurion, who really believed in settling the Negev, signed a paper allowing them to settle this area,” she says. 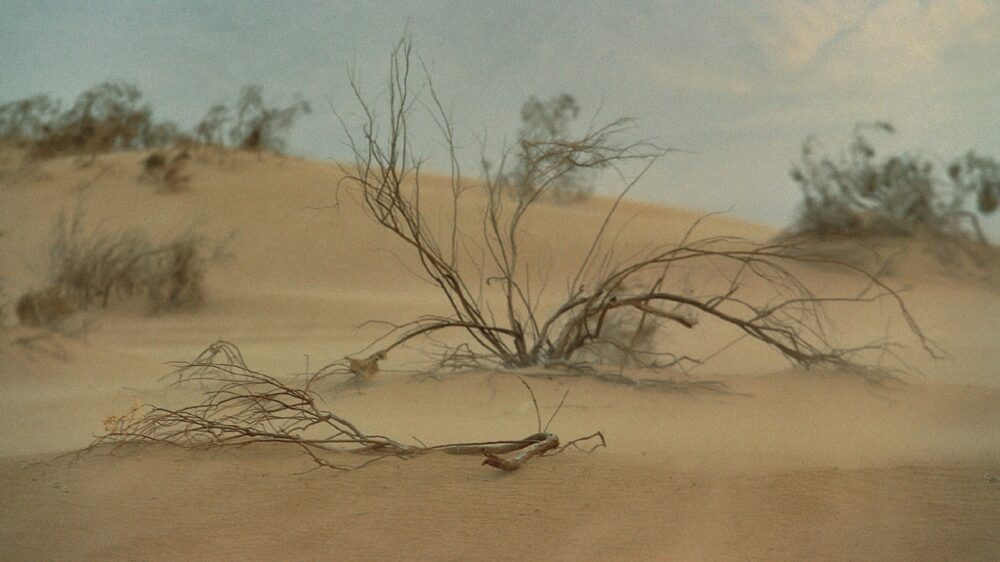 Sand dunes in the Arava Valley. Photo by Doron Horowitz/Flash90

“He sent experts to test the soil and water. Everyone agreed nothing could grow here, except one agronomist who said if you could use water in a more efficient way, or change the soil somehow, maybe it could happen. Ben-Gurion said, ‘That’s good enough for me.’

“And what we see here today proves that with determination and thinking outside the box and not accepting no for an answer, you can accomplish anything,” says Allon, who leads tours on behalf of JNF-USA at the Arava R&D’s Vidor Visitor Center.

“We now have 4,000 residents in this region and new communities are being built. This area would not have thrived without people believing it could.”

But where does the water come from?

Kitron says the average annual rainfall in the Arava Valley is 50 millimeters (2 inches). This year, less than 20 millimeters fell.

“Our water comes from about 60 wells we’ve drilled, all connected to one control system in Eilat,” she says, and now they’re also getting some water piped from a desalination plant in Ashkelon.

The saline well water must be treated, but the upside is that irrigating with saline water results in sweeter produce. (Kitron explains that’s because of osmosis: the salt concentration of the water causes the plants’ roots to release more sugars.)

“The average farm here is 12 acres and each has a daily, monthly and yearly water quota,” she says.

Drip irrigation, an Israeli innovation, makes this workable. But the heat and the not particularly fertile soil are also challenging.

“And yet, in our glory days we produced 60 percent of the vegetables exported from Israel, mostly [bell] peppers,” she says.

“These days, it’s changed because of international currency issues. Most of our production is going to the domestic market. And we’ve branched out from peppers to other seasonal vegetables as well as date and mango plantations.”

The Central Arava R&D Center was established in 1986 by the Israeli government and KKL-JNF as part of the Negev-Arava R&D program.

Its aim is to develop and advance new materials, raise the quality of the produce, find new crops to grow, and open new markets to support farmers in this periphery area.

The Kasser Joint Institute for Global Food, Water, and Energy Security is part of that expansion, and its purpose is to aid communities in arid and hyper-arid countries.

Like Kitron and Allon, the 30 professional staff members at the R&D Center are first-and second-generation residents of the Arava.

“This new Kasser Institute project is exciting for me,” says Allon, “because it allows more employment opportunities here and because it has a global impact. We are taking technology created and patented from the Arava and sending it out to the entire world.”

The current global population of 7.7 billion is expected to swell to about 10.5 billion by 2050, she says.

“And at the same time, there are fewer farmers and fewer resources, and the climate is going crazy. If you can grow something here in the desert with no water in a harsh climate, you can grow it anywhere — if you have the knowledge.”

The Kasser Institute’s first focus is Kenya, where 70% of the country is off grid. Researchers in Arizona and in the southern Arava are discovering what crops grow best under solar panels.

Here in the central Arava, there’s an experiment in sustainable aquaculture for Kenya.

Allon introduced us to Steven, 29, a Kenyan graduate of the nearby Arava International Center for Agricultural Training (AICAT). 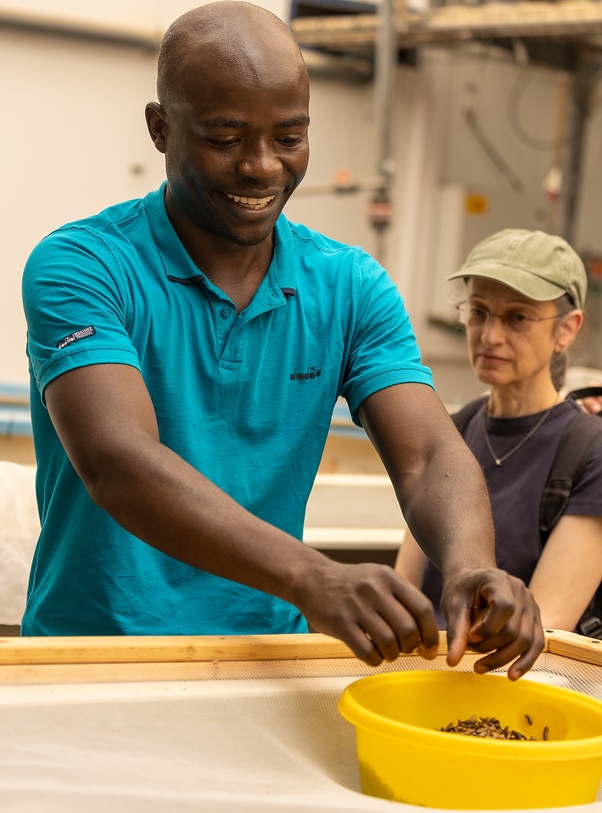 Steven, a tilapia farmer, explained that fish feed is very expensive. At the Kasser center he’s learning to use a solar-powered circular system that provides the fish with nutrients given off by duckweed grown hydroponically with water from the fish tank. Black soldier fly larva feed on the duckweed and then become fish feed.

“When I go back to Kenya, I will help the [Agriculture] Ministry because due to population growth and shortage of water we need new solutions to feed our people,” he said. “There is knowledge here in the Arava desert that we lack at home.”

He will go back not only with knowledge but also with AICAT’s connections. “The Israeli Embassy in Nairobi has been giving grants to AICAT graduates to start initiatives in Kenya,” says Allon.

Come and see how the desert blooms

We met Kitron in the lobby of the Vidor Visitor Center and R&D Center in Hazeva, established 2014 to entice travelers to stop on the way to Eilat and see what makes the desert bloom.

Vidor houses an interactive exhibition space, audiovisual displays and Arava-grown products for sale. All the displays feature English-language options, so you can learn how water reaches the Arava and about individual families living off the land here. 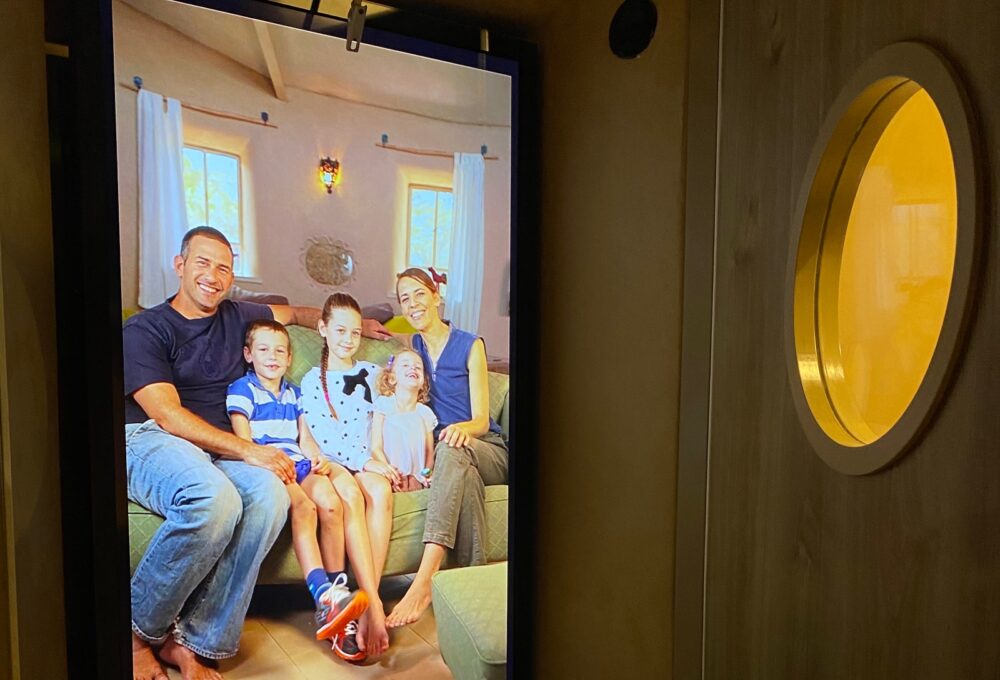 Open a door at Vidor Visitor Center to meet farming families of the Arava. Photo by Abigail Leichman

The Central Arava now has a busy tourism sector including many little “zimmers,” or B&Bs, that provide extra income for farmers.

For more information on the Vidor Visitor Center, click here