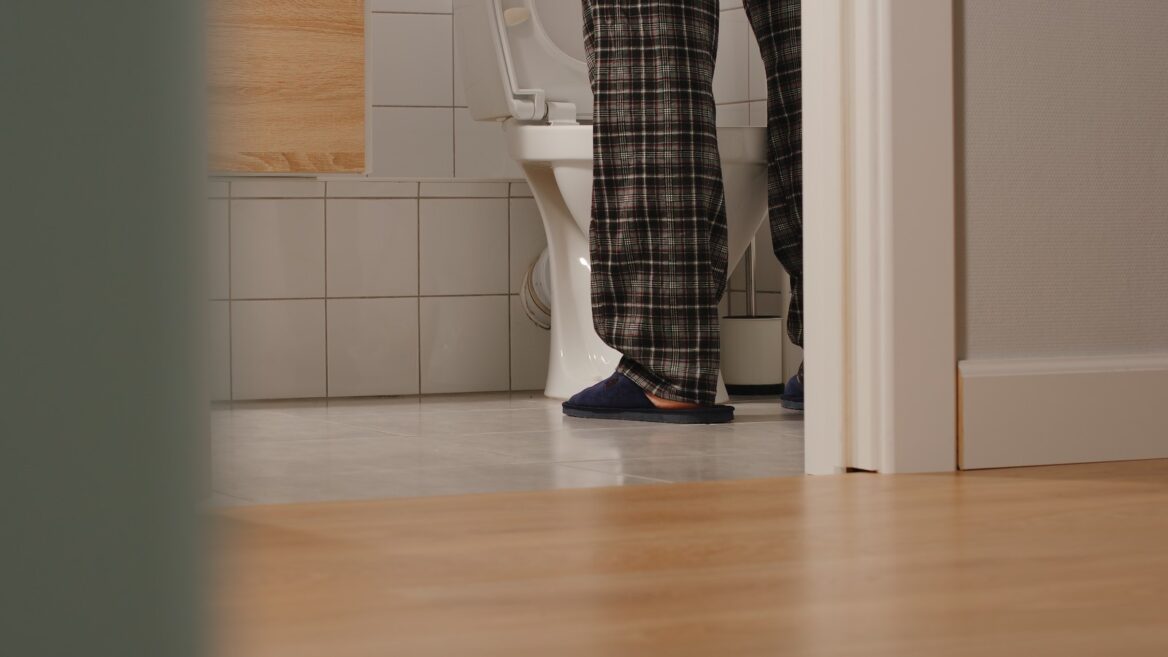 Half of men over age 51 — and 90 percent of men over 80 — suffer from non-cancerous benign prostatic hyperplasia (BPH). That means they have trouble urinating because of an enlarged prostate.

Butterfly Medical has developed an innovative metal coil, shaped roughly like a butterfly, to stop BPH symptoms without drugs or surgery.

Any urologist can insert the device in an outpatient procedure in less than 10 minutes.

For the 30 million men around the world with BPH, Butterfly is a potential gamechanger.

Pharmaceutical and surgical alternatives such as TURP (transurethral resection of the prostate) – as well as ablative technologies such as laser, steam and radio frequency energy to shrink prostate tissue — all can have serious side effects, including erectile dysfunction.

“Plus, if you do surgery, it’s a one-way street,” Idan Geva, Butterfly Medical’s CEO, tells ISRAEL21c.

Butterfly’s approach is reversible. If it doesn’t work, whether after two weeks or two years, the device can be removed the same way that it went in – using a flexible cystoscope inserted into the urethra under local anesthesia.

Go with the flow

Butterfly’s device pushes out the lateral lobes of the overgrown or sagging prostate so that urine can flow easily from the bladder to the urethra.

This is somewhat like the stents placed into arteries to open blood-flow blockages. Geva says stent-like attempts to address BPH over the years have failed because “a stent wouldn’t conform to the anatomy of the prostatic urethra” and furthermore would get covered by calcium deposits from the urine flowing through it.

Butterfly’s implant is made of a metal called nitinol. Geva says nitinol is flexible at cold temperatures, which is how it can be inserted. It then expands and becomes hard at body temperature. 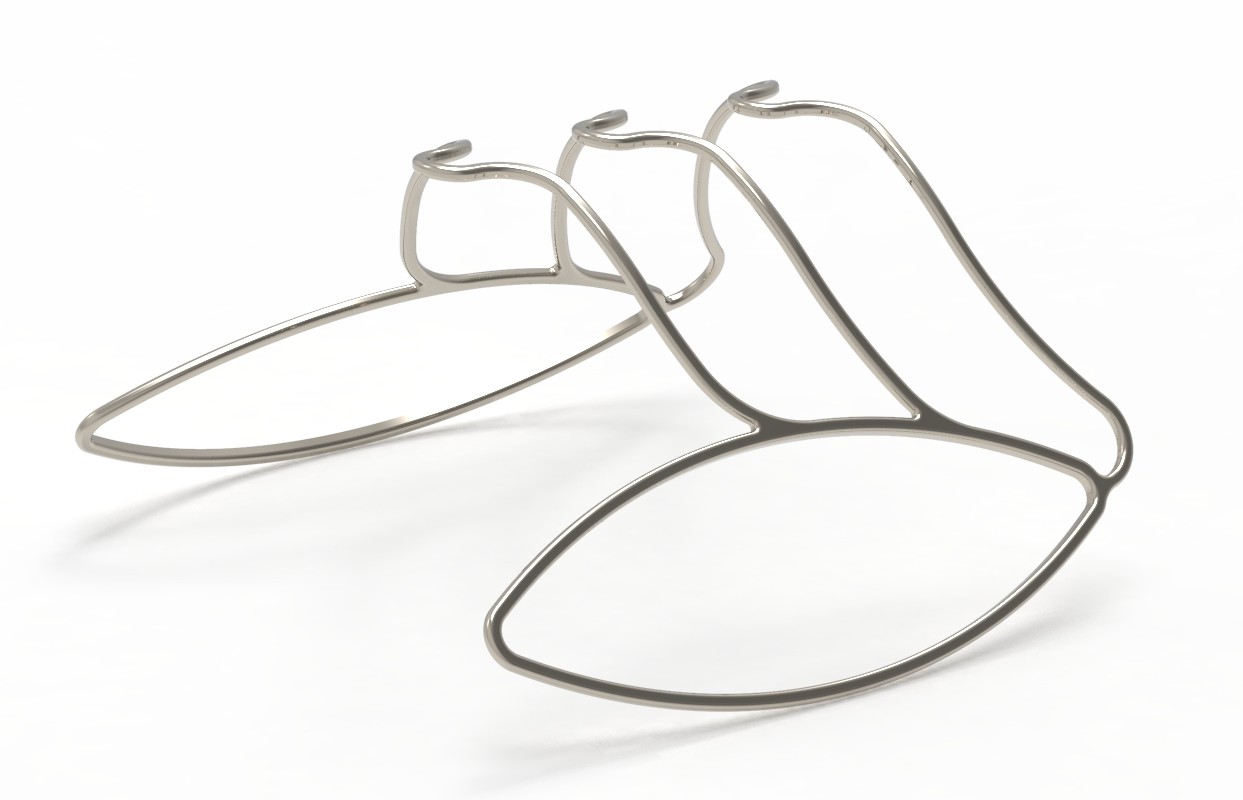 The device appears deceptively simple, almost like a bent paperclip. In fact, it took several years of R&D to perfect.

Part of the complexity is that there are no animal models on which to test BPH problems. “The endpoint of our trials is a questionnaire where we talk to patients,” Geva adds. “Animals can’t tell you if they feel better.”

Prostates can grow anywhere from 30 grams to 100 grams – and in rare cases by as much as 200 to 300 grams. Therefore, Butterfly is making its device in five different sizes.

In extreme cases, an enlarged prostate will block the flow of urine entirely. In most others, it makes urination difficult and/or causes a feeling of urgency that sends men to the bathroom in the middle of the night.

The market Butterfly is addressing is growing like, well, an enlarged prostate and is one of the most prevalent diseases in aging men.

Butterfly aims to improve upon the first and, to date, only approved non-surgical, non-pharmaceutical approach to BPH.

In 2013, NeoTract’s UroLift system received FDA approval. UroLift also is a medical device inserted into the prostatic urethra but kept in place with anchoring needles. Medical device giant Teleflex acquired NeoTract in 2017 for $1.1 billion. Teleflex says about 200,000 patients have been outfitted with the device so far.

“We thought we can achieve similar dilation but in a simpler, more efficient manner,” Geva explains.

Butterfly still has a few hurdles to jump over on its way to catch UroLift. While the Butterfly device has already received European Union CE approval, it’s only for its first-generation device, which addresses small prostate enlargement of 30-40 grams.

The company is now applying for approval of its latest device and conducting clinical tests in Israel. Butterfly has been following 49 patients in trials over the past two years and reports that the effect appears to be lasting, Geva says. 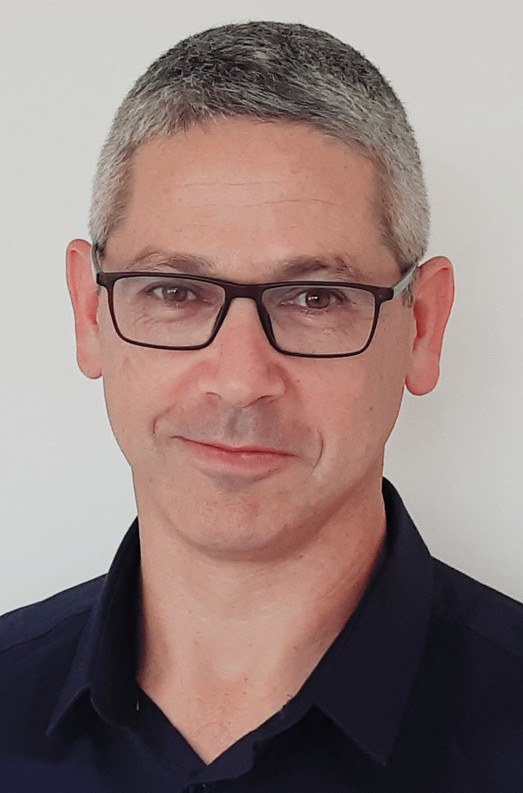 The company raised $2 million at the end of 2019 and another $7 million in Series B funding in October 2020, the latter with the aim of opening U.S. trials by early 2021 to receive FDA approval.

New Rhein Healthcare Investors, a boutique investment firm that normally specializes in pharmaceutical products, invested $5 million of the latest round. Butterfly has also received funding from the Israel Innovation Authority.

The six-person company grew out of Shimon Eckhouse’s Alon Medtech Ventures incubator in Yokneam, where Butterfly still has its headquarters.

Eckhouse, who has founded or invested in more than 20 medical technology companies, is Butterfly Medical’s chairman. Geva worked formerly for Abbott Laboratories, one of the leading producers of medical stents. He received his MBA from the University of California-Berkeley.

Butterfly has plans to spread its wings to address additional medical issues affecting the prostate. “There’s a lot of room for progress,” Geva says.