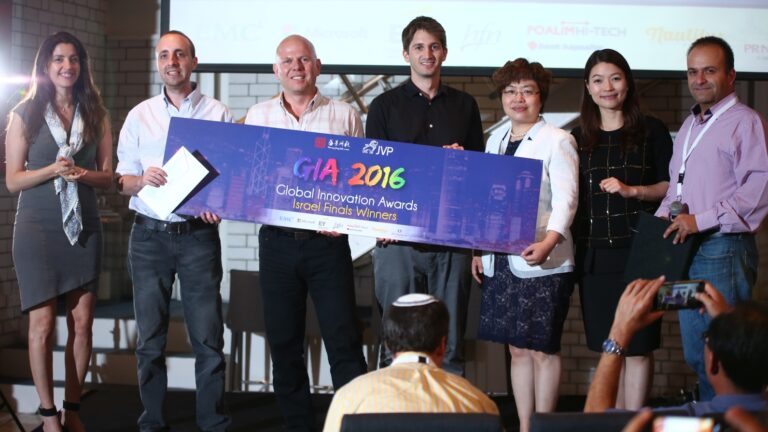 The Israelis will compete against American, European and Chinese startups for prizes worth $1.5 million, investment from a $25 million fund established by the Shengjing Group especially for the competition finalists, and exposure to investors and industrialists. They are expected to meet with Chinese tech giants and receive extensive coverage from Chinese media.

Boomerang is developing a genetic device for cancer therapy using advanced gene editing tools to effectively eliminate cancer cells by activating suicide genes. The system can be potentially designed according to the genetics of each patient’s tumor.

NiNiSpeech seeks to revolutionize speech therapy with unique mobile technologies to boost the therapists’ and patients’ experience, maximize outcome and reduce costs. The system is already in use around the world and has won awards in the United States, Europe, and China.

Aerial Guard is a software company that develops advanced autonomous navigation systems for unmanned vehicles, helping civilian drone manufacturers automate their products with capabilities such as sense and avoid and intelligent navigation.

“We put a lot of emphasis on choosing companies with solid global potential which understand market trends on a worldwide basis,” said JVP Partner Yoav Tzruya. “There is a lot of deep technology in the Global Innovation Awards competition this year and this is a true testament to the Israeli tech ecosystem.”