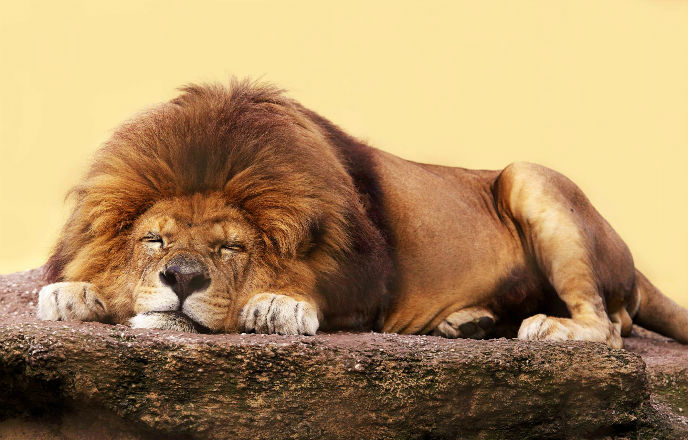 We bet even this sleeping lion has clicked on the Israel Police cover of the song. Image via Shutterstock.com

When it comes to comedy, the Israel Police are more often the butt of jokes than they are the jokers. But three officers have taken Facebook by storm with their lip-synched rendition of The Lion Sleeps Tonight.
The song, originally recorded by Solomon Linda with the Evening Birds back in 1939, has seen its fair share of adaptations and covers. But social media fans are LOL (laughing out loud) and ROFL (rolling on floor laughing) at this latest karaoke version in the cruiser.
With over 10,000,000 views and counting on the original Facebook video update, as well as other re-uploaded versions on YouTube, it can be said that these uniformed guys have taken the song by its mane and are roaring to Internet fame.