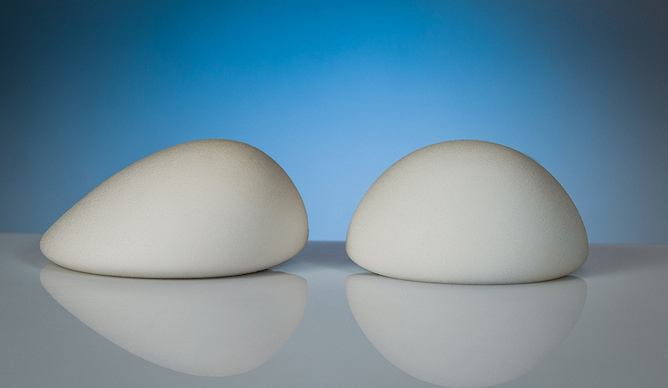 An Israeli plastic surgeon and his brother, a biomedical engineer, have invented what they claim is the world’s first lightweight breast implant — B-Lite. It is heading to the European market and Israel is to follow soon.

Breast augmentation and reconstruction are the most common procedures in plastic surgery, with more than 1.5 million implant operations performed worldwide every year.

Dr. Jacky Govrin  was addressing a problem that hadn’t been solved since implants were first introduced in 1962: their sheer weight.

Breast implants consist of a silicone shell filled with silicone gel or saline (saltwater). The filling makes each implant weigh about the same as a can of Coke. Since breasts naturally sag over time, adding the weight of a full can of soft drink only hastens the process.

It’s not just a cosmetic issue. Larger implants, especially those used for reconstruction after breast cancer surgery, weigh as much as 500 grams (about one pound) and can cause discomfort, skin stretching and back pain as they pull downward. 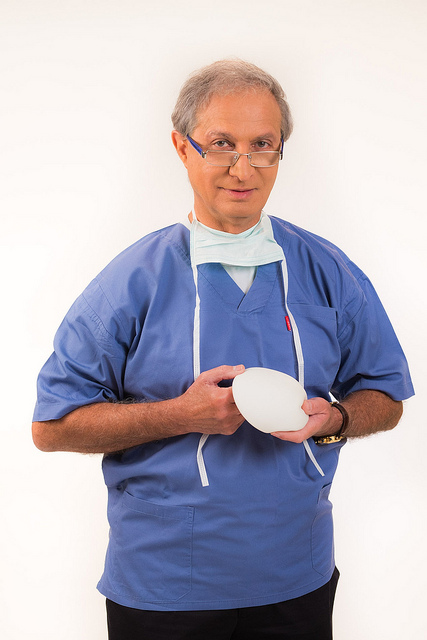 “There is no alternative to the implant, but I thought perhaps we could make it lighter,” says Dr. Govrin.

So about eight years ago, the surgeon challenged his brother, Dael Govreen-Segal, to design a lighter implant without compromising safety and quality.

“I said, ‘Sure, no problem,’ but didn’t realize it was not easy or trivial at all,” Govreen-Segal tells ISRAEL21c. “There were a bunch of limitations to overcome.”

Eventually he patented a technology that disperses hollow microspheres throughout a medical-grade silicone gel filling. These tiny inert beads are chemically bound to the gel for safety, in case of rupture.

So as not to introduce new risks, Govreen-Segal did not change the standard shell, manufacturing process or surgical procedure as other breast implants, and used only proven biocompatible materials.

Because B-Lite’s components already are deemed safe for medical use, the implant earned the European CE mark on the basis of data from chemical, mechanical and biological testing in addition to expert opinions that the implants are just as safe, or safer, than existing products.

B-Lite is manufactured in a German factory that has been producing breast implants for 25 years. In coming months, regulatory approval is expected in Israel on the basis of successful clinical trials.

The brothers’ G & G Biotechnology is based in Haifa, where Govrin is affiliated with the Italian Hospital. The company is funded by Gefen Biomed investments and private investors. 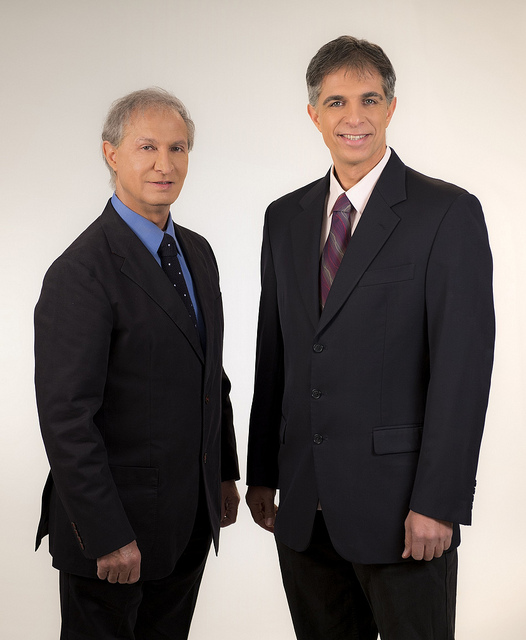 Top plastic surgeon hopes to use it

G&G’s invention gets a thumbs-up from Prof. Eyal Gur, head of plastic surgery at Tel Aviv Medical Center and chairman of the Israeli Society for Plastic and Aesthetic Surgery.

“I support what they do,” Gur tells ISRAEL21c. “I’m not familiar with any other low-weight breast implants. I have not used it yet because it is still in clinical trials [in Israel], but for sure in the future I will not use a heavier implant if I can use this, as long as it is safe and sturdy.”

Gur explains that only skin and ligaments hold up the breasts. “With years, the skin loses elasticity, and the collagen changes and does not support well. If you insert a heavy implant, obviously everything will start to sag even faster. There are only two options: You could either use a lower weight implant or smaller implant. If you wish to have the larger volume, the B-Lite is the way to do it.”

Gur himself is developing an “internal bra,” the Orbix Breast Lifting Kit, as previously reported by ISRAEL21c. Now in an advanced stage of clinical trials in Europe after receiving the CE mark, Orbix is “the only other option to eliminate the disturbing phenomenon of breast sagging when inserting an implant,” he says.

The first experimental B-Lite implantation was performed in December 2013 on 33-year-old Israeli chemical engineer Keren Finkelstein, who told an Israeli daily that she was pleased with the results and was back at work within a week.

When ISRAEL21c spoke with Govrin in mid-January, he had just performed the 20th implant for the clinical trial. Additional post-market trials are planned in Europe later this year.

Govreen-Segal says there is “huge enthusiasm among women to participate,” and the company has been approached by distributors in several countries eager to market the device.

Though at least one competitor is working toward a lighter-weight breast implant, he adds: “We are the first to get approval and to have a saleable product.” Most other manufacturers, such as the Mentor division of Johnson & Johnson, are focusing their improvements on shape rather than weight.

Govrin stresses that vanity is not the only motivator for choosing implants.

“I’ve done many surgeries and seen many problems,” he tells ISRAEL21c. “Some women don’t have one or both breasts, or their breasts are misshapen or disfigured by breast cancer treatment or trauma.

“Because of all these reasons, implants were invented. But they are very heavy, especially the larger ones used in breast reconstruction, causing problems to the rest of the body. There is no alternative to the implant, but I thought perhaps we could make it lighter. Every gram makes a significant difference.”

The brothers hope to capture at least 40% of the silicone implant market in Europe, South America and Asia, estimated at hundreds of millions of dollars. Eventually they plan to introduce the product to the United States, though the approval process could take up to seven years.

UNCOVER ISRAEL - Get the ISRAEL21c
Weekly Edition free by email
Sign Up Now!
Bring Israel's story to life.
Millions of people around the world rely on us to gain a deeper understanding of Israel. We are the trusted source for original content you won't find anywhere else.
You can make a difference. Donate today to support journalism that brings Israel’s story alive.
SUPPORT ISRAEL21c
Read more on:   implant, breast augmentation, dr jacky govrin, b-lite, plastic surgery, Living, Medical devices, Health