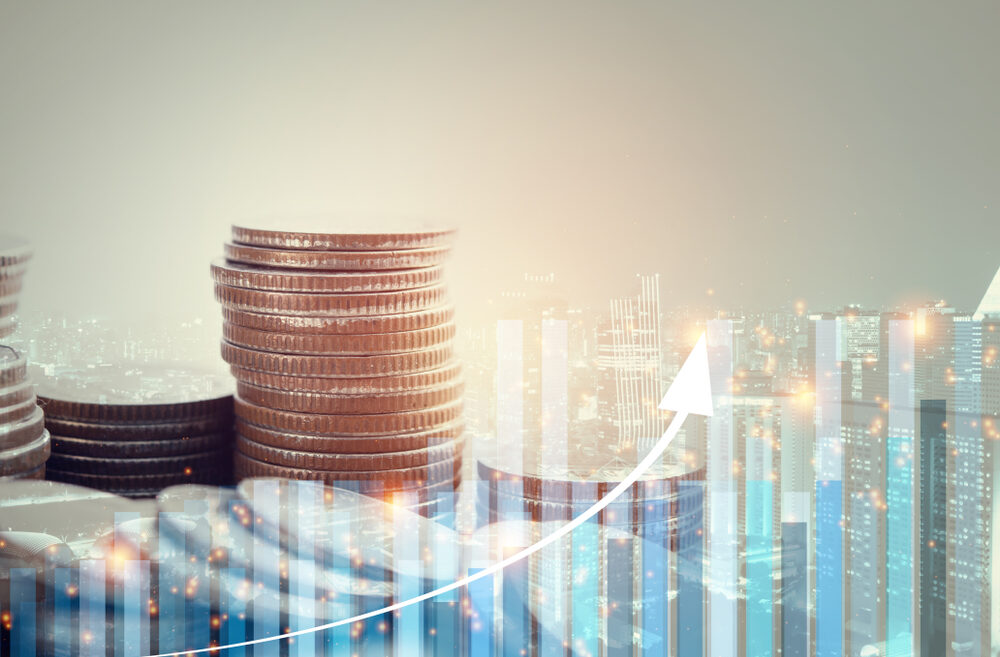 Many VCs, accelerators and programs have sprung up to help Israeli startups enter the US market, raise money and scale their operations in the United States.

Whether those entrepreneurs are first-time Israeli companies or second-time founders seeking market entry, there are funding opportunities from New York to the San Francisco Bay Area.

Most active US venture funds and corporate VCs have made investments in Israel, so that list would be extremely long. For the scope of this article we’ll list investors, VCs, and programs (including non-profits) focused almost exclusively on Israeli startups.

With its roots in South Tel Aviv, SOSA maintains an office in New York (run by Guy Franklin of Israeli Mapped in New York fame) and a partnership in the NYC Global Cyber Center.

SOSA has access to over 10,000 startups and 150 investors, VC funds and international corporations, and connects corporates to innovation for the purpose of investments and related business activities.

Long-time ecosystem partner and influencer Eyal Bino founded ICONYC Labs as a business and funding acceleration platform for early-stage Israeli tech startups looking to accelerate their growth and cut time to market in the US.

It’s not just about connecting with other Israeli VCs and entrepreneurs; the program looks to connect early-stage entrepreneurs with local investors and customers. The ICONYC team has been able to build community around their work and has become a pillar of the New York Israeli ecosystem.

Jerusalem Venture Partners recently opened the NYC Cyber Center in Soho with the goal of making New York a global center for cybersecurity.

This $100 million New York City initiative is focused on parlaying Israeli knowhow in cyber to protect the Big Apple. The accelerator, recently rebranded as Margalit Startup City, is not only working with Israeli companies, but also with promising global cybersecurity startups. It offers access to capital, mentorship and connections to New York-based enterprises.

While keeping a lower profile, Team8 has been involved with the NYCEDC Cyber Center initiative. Team 8 has its roots in the 8200 signal intelligence unit of the IDF and has been working alongside New York City enterprises to help bring Israel’s cybersecurity expertise to the United States.

Outside of New York, Team8 has partnered with the University of Tulsa on a join PhD program in cyber research named the TU-Team8 Cyber Fellows.

Part of the Sarona Partners program based in Tel Aviv, 365x helps promising early-stage Israeli startups with market entry in the States, providing mentorship and connecting portfolio companies to US corporate partners.

With a robust network and partners such as Microsoft and Salesforce, 365x has been able to succesfully scale its portfolio companies in New York under the leadership of General Manager Liron Winberg-Retzkin.

This next generation of early-stage VCswas founded by Eli Romanoff and is an example of current millennial investors looking to provide as much value as possible to their portfolio companies.

The venture capital fund JANVEST, with offices in Atlanta and New York, has been active in the Israeli ecosystem for nearly a decade. Its US and Israeli teams invest in early-stage Israeli startups.

As an American VC, this team brings a network of US-based decision-makers capable of and willing to partner with Israeli founders. Managing partners are Brian Rosenzweig, Daniel Frankenstein and Dafna Winocur Biran, who is based in Tel Aviv.

Ground Up Ventures is an early-stage VC firm that invests in pre-seed and seed-stage startups in the United States and Israel. This is another example of the next generation of VC funds led by millennials looking to invest in talented Israeli entrepreneurs across a range of verticals.

The world’s largest crowdsourcing fund has a big presence in the US though its headquarters are in Israel. Many of OurCrowd’s investors from the States attended its recent global summit in Jerusalem, where they were inspired by the best of the Startup Nation.

Based in Tel Aviv and New York, Hanaco invests in early-stage Israeli startups across a variety of verticals. They’ve made investments in well-known Israeli-founded startups based in New York such as Via, Showfields, Yotpo and the widely used Israel-based public transportation app Moovit.

CapA is a female-founded Israeli and Swedish fund based in multiple locations, investing in both Israeli and Swedish entrepreneurs. One of the partners, Inbar Haram, formerly of Israel-based Magma Ventures, is an active investor and ecosystem partner who is based in New York.

Innovation Endeavors– which merged a few years ago with Israel-based VC Marker– has offices in Israel, San Francisco and New York.

Innovation Endeavors grew out of a relationship between former Google Chairman Eric Schmidt and Dror Berman. This is another example of how New York based female investors are becoming central to the ecosystem thanks to partner Daniel Goldstein’s efforts.

There cannot be a more New York program then Silvertech Ventures. With a disproportionate number of Israeli (and female-founded) startups,this VC and accelerator based in the World Trade Center has helped build Israeli-founded proptech companies in the Big Apple.

As part of the Silverstein Properties ecosystem, Silvertech Ventures has been a major part of the Israel proptech community in New York.

J-Ventures is an under-the-radar“mensch”empowered VC consisting of accomplished investors. They combined their business acumen for the goal of generating the best returns and embodying an ethos of bringing together Jewish communities to invest in Israeli and Bay Area entrepreneurs.

J-Ventures is akin to a “capitalist kibbutz” where the investors are engaged and bring value to their portfolio companies. They have invested in over 40 companies with some Tier 1 VCs including startups from the Bay Area, NY, LA and Tel Aviv. The group is now expanding to other cities.

ICON is a nonprofit established to connect the Silicon Valley community to Israeli tech. ICON parlays this engaged community to help Israeli startups succeed and scale in the US.

The organization, founded and led by Yasmin Lukatz, also hosts a group that builds community around women in Israeli tech.

Oren Zeev has built a reputation in the Silicon Valley ecosystem as a savvy investor who has made investments in companies such as Houzz, Audible, Chegg and TripActions. He has become a notable presence in the Bay Area ecosystem and exemplifies successful Israelis in venture.

UpWest Labs is a seed fund bringing early-stage Israeli entrepreneurs to the Bay Area and helping them build and scale their companies in the US.

The founders spend a significant amount of time in Israel, epitomizing the mixed DNA of Israeli-American teams. UpWest Labs was founded and is led by Gil Ben-Artzy and Shuly Galili and has invested in such notable Israeli startups such as HoneyBook and Sentinel One.

StageOne Ventures is a VC based in Israel with offices in Palo Alto. It invests in seed-stage startups with the potential for making a profound impact on people globally. It boasts a presence on both sides of the Atlantic to assist its portfolio companies in entering and scaling in the US market.

An example of a female-founded and female-focused program, WeAct Ventures acts as a limited partner (LP) as opposed to a VC. Founding partner Darya Shaked supports female fund managers regardless of their country of origin. Women Israeli entrepreneurs are taking active steps in helping develop both the startup and venture ecosystem in the US.

Gigi Levy-Weiss, a well-known Israeli investor in the Bay Area, recently launched a second fund to make early-stage as well as Series A investments.

Like other organizations investing in promising entrepreneurs, NFX has built a community, the NFX Guild, in which entrepreneurs have access to and can learn from each other.

Several programs outside of the tech centers of NYC and the Bay Area speak to a trend of cities and states looking to build their own ecosystems to attract younger populations and drive economic growth.

This fast-growing Israeli-focused program is based in Santa Monica (also known as Silicon Beach). This accelerator, with roots in the 8200 intelligence unit, has already started working with its second cohort of Israeli startups.

Fusion LA is doing its part to help build Silicon Beach, and has successfully helped its Israeli startups raise additional rounds of funding in the US. Furthermore, Fusion LA’s success serves as a catalyst for other programs in emerging tech ecosystems in the States.

Sababa Ventures is an LA, New York, and Tel Aviv based fund headed by General Partner Randy Zuckerberg. They’re looking to bridge Israeli entrepreneurs with the US and focus on verticals associated with media such as entertainment, sports, and e-commerce.

High-level relationships and advisory are key in industries such as the ones Sababa Ventures invests in; the fund boasts executives from MGM, New Line Cinema, Sony Pictures, Time Warner, and WPP as part of its network.

The Florida Israel Business Accelerator works to bring Israeli startups to the Sunshine State, and parlays resources to connect startups with partners, investors and advisers in the Tampa Bay area.

FIBA’s work is reflective of how emerging tech ecosystems outside the coasts are looking to Israeli startups to help them build their ecosystems. The program is led by Rachel Marks Feinmanin the Tampa Bay area, is supported by the local Jewish Federation and works with VCs such as JANVEST Capital Partners.

Arizona-Israel business relationships are getting stronger, and sources of venture capital are coming from regions in the US that have benefited from US-Israel tech cooperation.

Motivated by the Startup Nation’s excellence in technology, alongside local ecosystem partners such as the Arizona Israel Technology Alliance, Grayhawk Capital’s latest fund has a strong interest in investing in Israeli startups.

Boston has long been a center for Israeli tech and boasts a large Israeli expat community. So, it’s no surprise the city is home to the Cedar Fund, the VC arm of Cedar Financial Advisors, which invests in Israel-related tech companies.

Any startup that’s serious about mobility needs to have a presence in Detroit. Detroit has reinvented itself as a mobility and driverless automotive center and has become the home of Israel-Detroit business relations.

MIBA, a nonprofit economic development organization funded by the state, is making Michigan an attractive place for Israeli startups to grow.

Healthcare, particularly digital health, is a strong field in Israel. In this space, public-private partnerships are key.

MIDC is a nonprofit focused on public-private partnerships alongside the Maryland Department ofCommerce, the Israeli Ministry of Economy and Trade and the Jewish Federation of Baltimore, which looks to promote economic development between Maryland and Israel.

Jonathan “Yoni” Frenkel heads a digital marketing agency, YKC Media, that focuses on engaging millennial and tech professionals through content. He’s been involved in the New York-Israeli tech community for many years and previously held roles as a non-profit professional at both the IAC Dor Chadash and AIPAC.