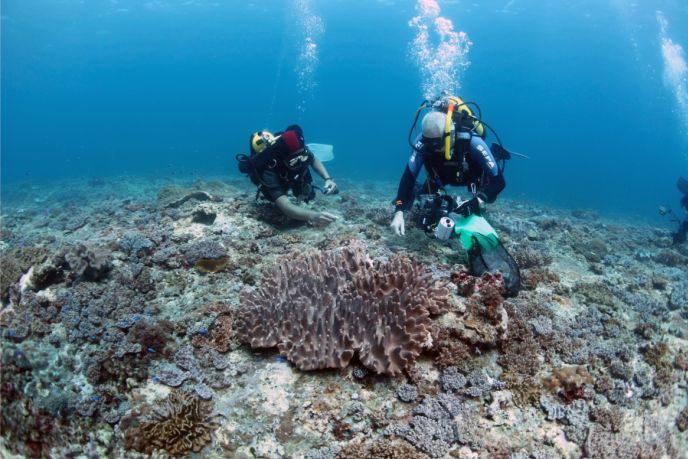 Marine biologist Prof. Yehuda Benayahu talks about his research subjects as if they were beloved pets. “My soft corals,” he calls them.

Benayahu is one of the world’s few experts in these colorful underwater cousins of stony corals. He has spent countless hours diving into seas and oceans to collect the exquisite specimens, which he later examines, identifies and names.

Now Benayahu is cracking the mystery of why soft corals suffer no harm from the ominous ocean acidity — due to carbon-dioxide emissions, fossil-fuel burning and other pollution – threatening coral reefs, stony corals and other marine creatures such as mussels, snails and oysters.

Soft corals are not only surviving as the water’s pH level drops, but thriving to the point of overabundance.

“Three years ago, a colleague from Venezuela asked if he could send me some images and samples of soft coral that appeared suddenly in Caribbean reefs,” Benayahu tells ISRAEL21c from his lab at Tel Aviv University. “I examined them and was amazed.”

As he and his research partners reported earlier this year in Coral Reefs, the newcomers are Xeniidae, a soft-coral family never before found in the Caribbean.

“The conclusion is that these are aliens introduced to Venezuelan reefs. They spread fast, overgrowing other reef organisms and killing them. And they have no local natural predators because they’re not indigenous.” 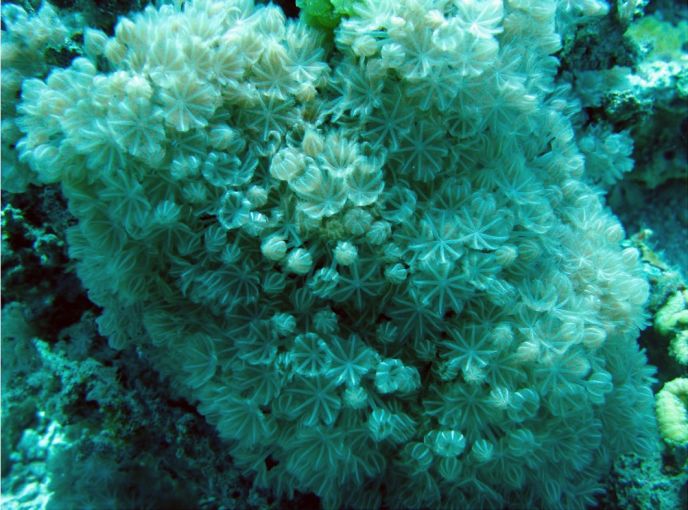 Other researchers have noted in recent years that soft corals seem to be edging out stony corals. This is worrisome because it is stony corals that provide the massive calcium-carbonate building blocks of coral reefs, which in turn are critical to the ecosystem as wave-breaks and as habitats for thousands of species of underwater creatures.

Along with Prof. Maoz Fine, Dr. Zehava Barkay and their jointly supervised graduate student Yasmin Gabay, he delved into examining the soft coral’s survival advantage and what this will mean over the next century as ocean acidity is expected to get worse.

The results of the study were published earlier this year in the journal PLOS One.

“Throughout several weeks we monitored their physiological responses, and to my surprise nothing bad happened. Their lifespan, their behavior, their respiration and biomass were all normal.”

Even the internal skeletal elements (sclerites) embedded in the animals’ soft tissue were unchanged, as confirmed using a high-resolution electron scanning microscope. In fact, there was no difference between the Xeniidae exposed to acidic conditions and the control group.

“We found that the soft coral’s tissue may indeed protect the skeleton from declining pH levels,” said Gabay. “The organism’s internal environment apparently has a mechanism – yet unknown — that protects against the acidic conditions.”

The Israeli scientists had just disproven the long-held notion that corals cannot maintain their internal environment. “We provided solid data that these soft corals can tolerate extreme acidic conditions.”

As further proof, the researchers took some live soft corals and dissolved their soft tissue, exposing the calcium-carbonate sclerites inside. Sure enough, these tiny unprotected structures – which Benayahu likens to spheres – start becoming hollow upon exposure to acidic conditions.

“When they’re normal, they look like mini M&Ms of less than a fraction of a millimeter in diameter, but when they’re exposed to acid, we get Cheerios,” says Benayahu. He used these two round treats, one solid and one with a hole in the center, as visual aids when presenting his findings recently at the Smithsonian Institute in Washington, DC.

“The pattern was similar in each experiment depending on the length and severity of exposure to acidic conditions.”

To a certain extent, the abundant soft corals are protecting coral reefs from acidification. But with fewer stony corals to keep building reefs, Benayahu warns that eventually the reefs will dissolve anyway.

“So the poor corals will have no substrate on which to grow even if they stay alive.” And it’s not just a problem for corals. “Ocean biodiversity depends on the reefs. If they dissolve, it will be a disaster,” says Benayahu, who holds the university’s Israel Cohen Chair in Environmental Zoology.

His lab hopes to find funding for longer-term experiments on the effects of acidification on soft corals. They also want to see how ocean acidification affects the larvae of soft corals spawned in the waters of Eilat. “This research is totally unique,” he says.

Benayahu has been receiving many inquiries from media and from colleagues in his field. “Here at Tel Aviv University we can make observations with our equipment that nobody could do before. It opens new chapters in the study of soft corals,” he says.