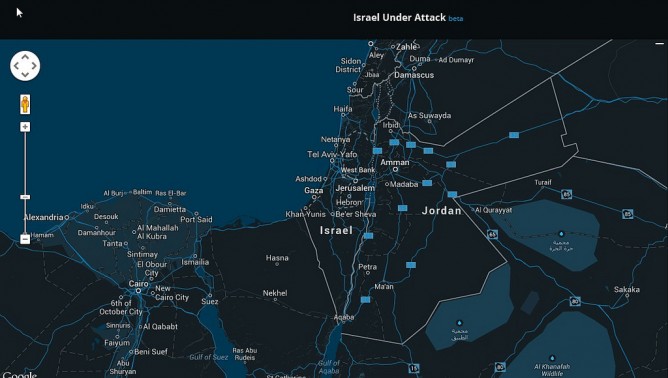 A new computer tool showing the trajectory of Hamas rockets fired at Israel from Gaza is not only getting traction on social media, but constitutes an example of Jewish-Arab public diplomacy coexistence in action.

The brainchild of 18-year-old Samuel Lespes Cardillo and 22-year-old Farid el-Nasire, the program – “Israel Under Attack” – is a map of incoming red alerts, showing both their target in Israel and their point of origin.

Cardillo is a Jew from Belgium who immigrated to Israel six months ago. El-Nasire is a pro-Israel Muslim from the Netherlands, whose family is originally from Morocco. The two met on Facebook, in a group called Innovation Israel, a mere week before launching the tool on the morning of July 20.

Realizing through chats that they shared a similar idea for faster and more precise Red Alerts, they collaborated via Skype and phone between Hoorn and Herzliya, spending what Cardillo described to ISRAEL21c as “many white nights” to get the tool ready and up and running as quickly as possible for the safety of the Israeli public.

Unlike the Red Alert audio app for smartphones, which shows the area a rocket or missile is headed and warns the residents of that area to take cover in a shelter or safe room, Israel Under Attack enables users to visualize the process, from launch to interception or hit. It also indicates, with a digital clock, how many hours, minutes and seconds it has been “since Israel was targeted by Hamas rockets.” When there is an actual alert, it makes a deep and startling twanging sound.

It all began a few days ago, when el-Nasire asked the Facebook group where he could get the Red Alert information; simultaneously, Cardillo posed the same question. Another member of the group responded by posting a link to the Home Front Command (Pikud HaOref) site.

“That’s when we started building our site,” el-Nasire, a computer programmer at the Amsterdam Web Agency, told ISRAEL21c via Skype from Holland. “And we did it by receiving the area codes of the places where sirens go off, and then calculating the latitudinal and longitudinal coordinates, and how much time it takes a rocket to arrive at its destination.” 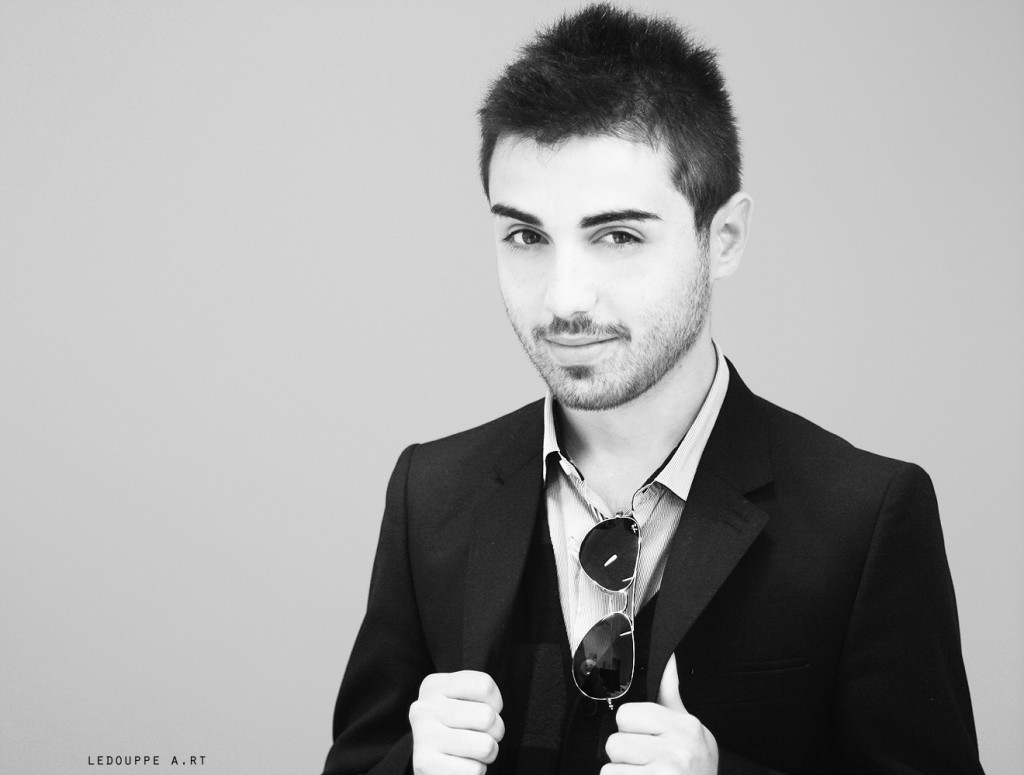 El-Nasire said that it was “actually quite simple; just a matter of math.” He then quipped: “It’s not rocket science … so to speak.”

Cardillo, who works for plugNup (a Belgian-Israeli high-tech startup) told ISRAEL21c that in spite of the relative accuracy of the trajectories on the map, “We do not show the exact location of rocket-landings, for security reasons.”

After all, he pointed out, “The purpose of the endeavor is to help Israel.”

El-Nasire agreed, admitting that it was unusual for someone of his background, both Muslim and European, to be embarking on a campaign to help the Jewish state’s public diplomacy efforts by showing the world that it is Israel under attack by Hamas and not the other way around.

“If you had told me when I was 10 years old that I would end up with Jewish and Israeli friends, visit Israel and undertake this project, I wouldn’t have believed you; I would have laughed at you; or I would have gotten really angry,” he said. “Because before I got to know Jews and Israelis, I only knew about them what I saw on TV; and it wasn’t pretty. It is easy to hate people, when all you see is the demonization.”

His perception changed when he began to meet Israeli tourists in Holland. 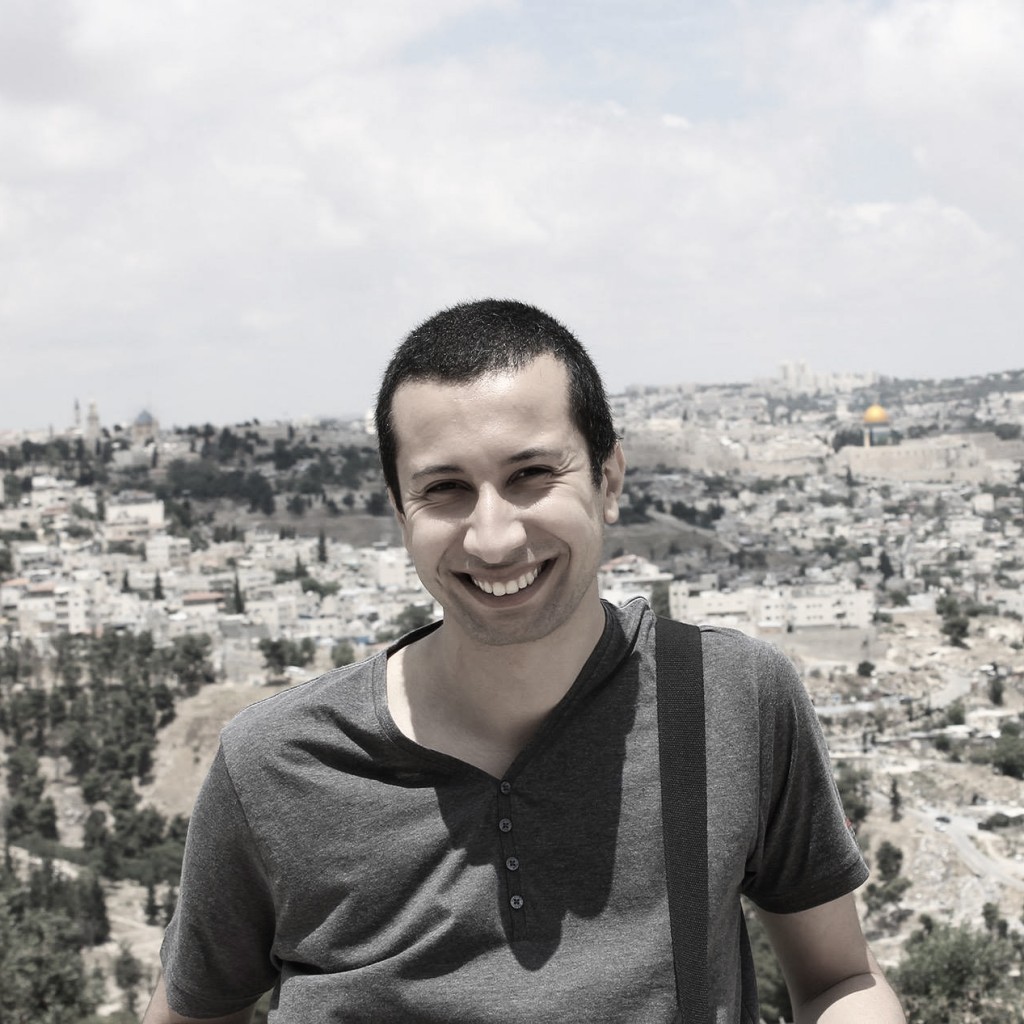 “I came to realize that if you don’t throw rocks at them, Israelis are pretty nice people,” he laughed. “But even if I hadn’t gotten to know them, all I would have had to do is watch how Hamas behaves – launching rockets and breaching ceasefires – and then I would have understood.”

Someone else who understood the significance of Israel Under Attack as soon as he was approached was Mason Crollie, a British non-Jew, from whom Cardillo and el-Nasire wanted to purchase a server for their program. But Crollie was so thrilled with their innovation and its aim of helping Israel during wartime that he offered his services free of charge.

Meanwhile, the authors of Israel Under Attack are continuing to work together through sleepless nights to develop an app out of their map.