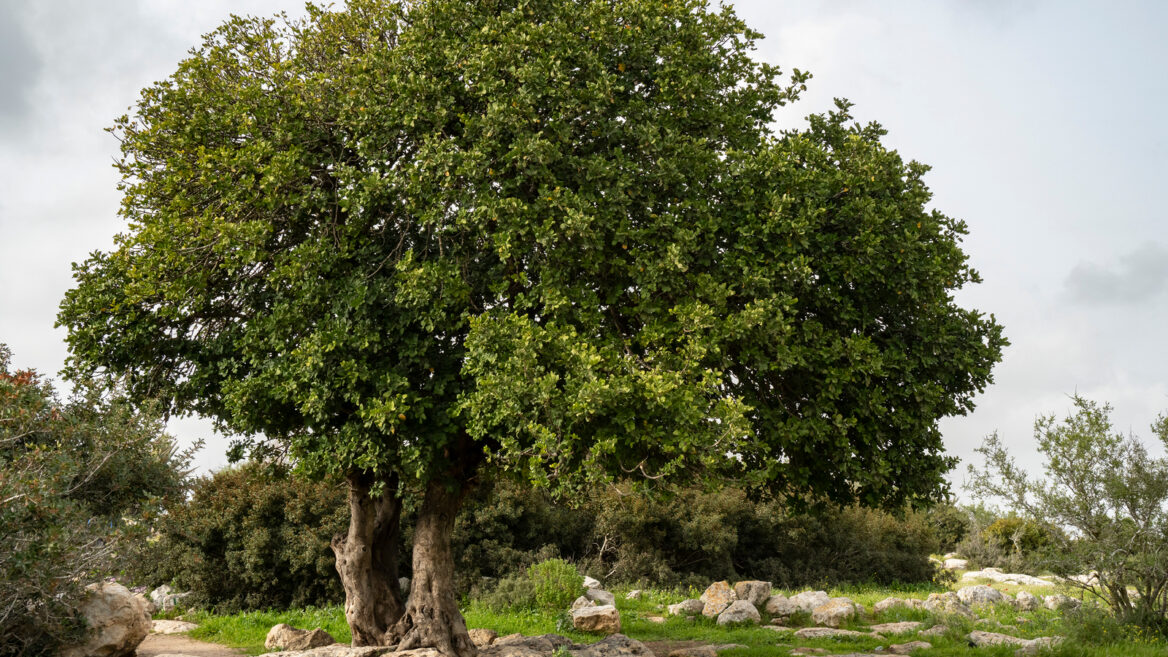 Carobway trees like this ancient one growing on a hilltop in the Adullam region of Israel, are highly acclimatized to the country’s desert climate. Photo by Moshe Einhorn, Shutterstock

Should you ever come across a foil-wrapped, umbrella-shaped confection at an Israeli store, we recommend that you stay away. Despite generations of Israeli parents trying to convince their kids otherwise, this is not in fact chocolate, but rather a pale imitation of it made from carobs.

Yes, the ancient biblical fruit with a somewhat acquired taste.

Even Udi Alroy, the founder and CEO of a startup out to utilize carob trees for a wide range of nutritional products, is not a fan of the flavor.

But that’s not stopping him from encouraging farmers to plant thousands of carob trees across the country and setting up a factory to utilize the fruit to its core. 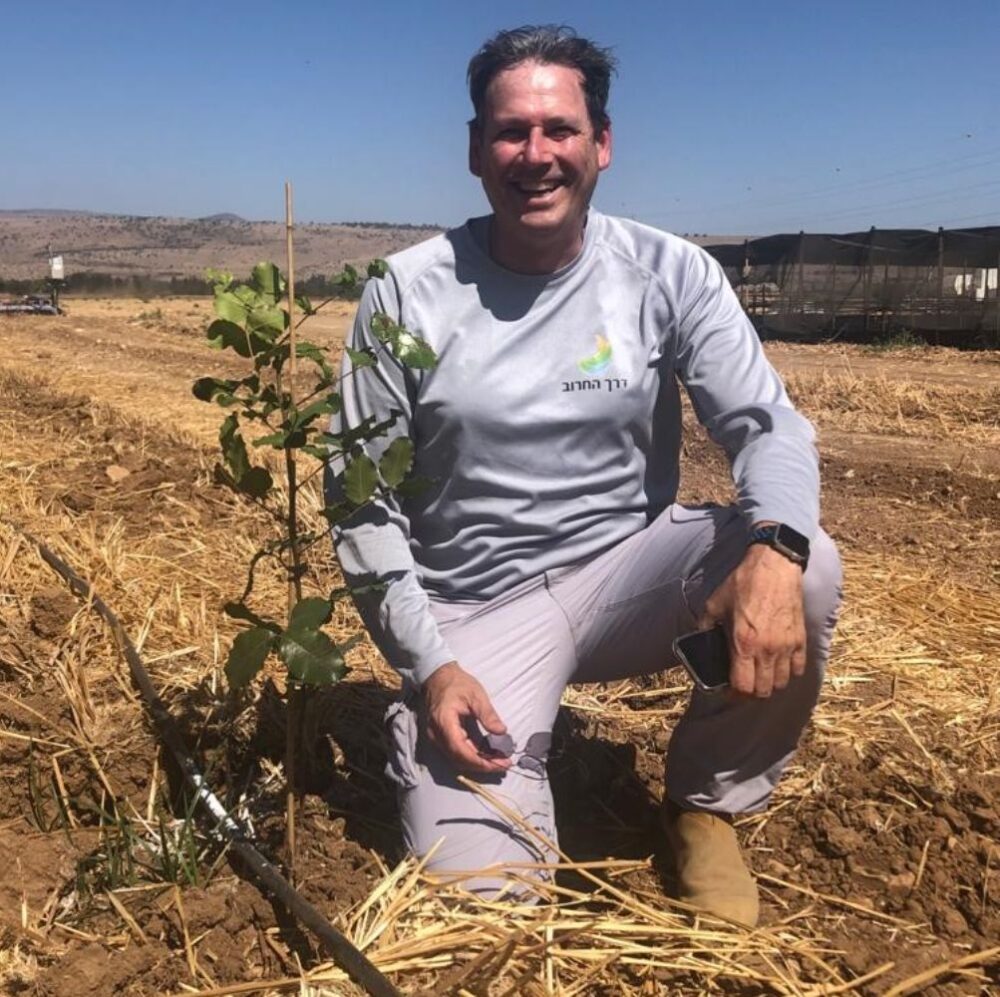 A veteran of the natural food industry, Alroy founded CarobWay following a request from a former army buddy.

“He’s managing all the agriculture innovation plantations in the northern part of the Hula Valley, near the eastern Upper Galilee,” Alroy explains. “He asked me to look into what they can have as a sustainable and commercially viable crop in Israel.”

His research pointed to the carob. The only issue: Alroy had little to no knowledge on the topic. “Besides carob chocolates, I had no idea about carobs,” he jokes.

Alroy soon learned that carobs are in fact in high demand, particularly their seeds. These are used to produce locust bean gum, a natural thickening agent often used in the dairy industry. But the supply is generally much shorter than the demand.

Carob trees, Alroy notes, are highly acclimatized in Israel and have been growing here for thousands of years.

To ensure the sustainability of CarobWay’s solution, the company partnered with Keren Kayemeth LeIsrael-Jewish National Fund (KKL-JNF) to research the carob trees growing in local forests and how climate change was affecting them. Israeli startup CarobWay is utilizing the benefits of the ancient carob trees in completely modern ways. Photo by Gilad Artzie/CarobWay

“We saw that carob is bulletproof for climate change in Israel. It grows in the desert, in the valleys, in the mountains. All the forests that we have do not consume any agriculture labor, but you see that without doing anything the forest does very well,” he notes.

“We created a huge data bank of thousands of trees and from those we chose to take the top 10 and those are the basis for the cultivation.”

CarobWay brought the seedlings to farmers.

“We interested them in growing our carobs in a very unique growers’ agreement – they invest and they grow and we buy the whole yield, the whole fruit, for 10 years. It created for them a hugely stable environment in a very new industry,” Alroy tells ISRAEL21c. 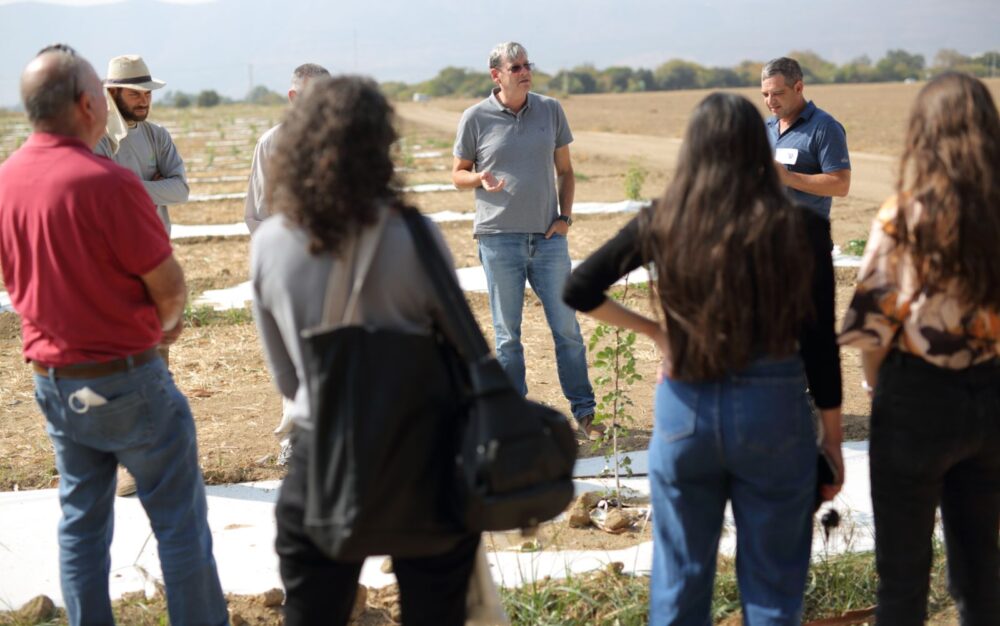 Last year, 70 hectares (173 acres) of carob trees were planted in the Hula Valley.

At the same time, CarobWay signed a deal with a European manufacturer of locust bean gum to buy all the seeds produced in its orchards for 10 years.

“Our business model is a long-term supply agreement. We’re looking to enter a very stable supply chain for the long-term. The industry loves it because they don’t have anywhere else to go,” Alroy explains. 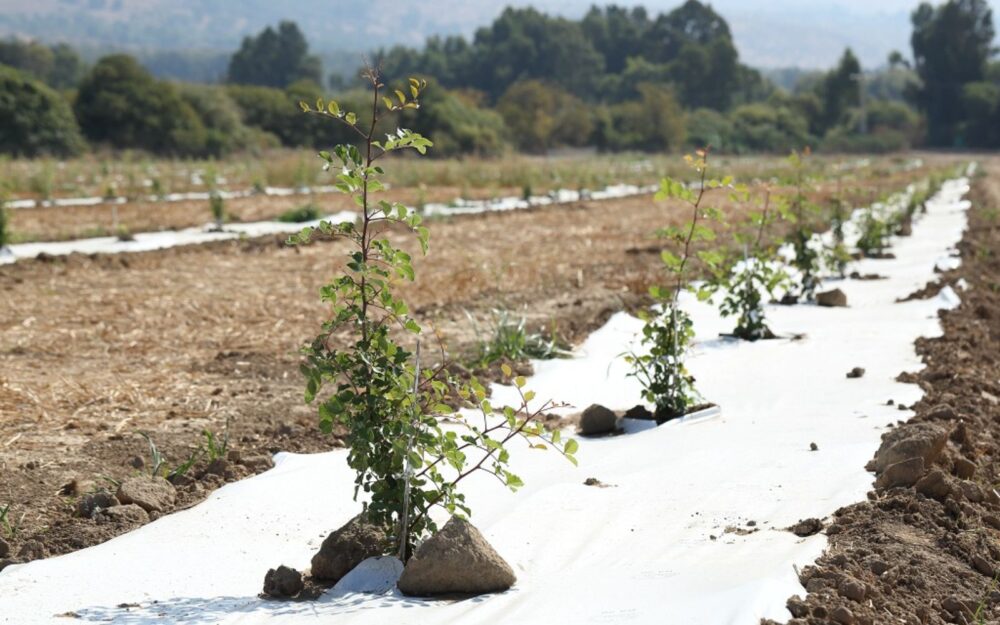 Young carob trees being planted in the Hula Valley in northern Israel. Photo by Gilad Artzie/CarobWay

Until the freshly planted carob trees begin to bear fruit – in about three or four years – CarobWay is developing its products.

“We have a zero-waste policy. We really use 100 percent of the fruit,” Alroy emphasizes.

With all future seeds already being sold to Europe, CarobWay is focusing on the pulp side of the carob fruit, which is comprised of sugars, fibers and polyphenols.

The fibers of the fruit are both soluble and insoluble, and the polyphenols are known for providing a feeling of satiety.

“We have 15 products — three from the seeds and 12 from the fruit. We’re not in the business of carob powder, but of clinically supported products,” Alroy adds.

“We’re doing extensive R&D now. We are looking to be the king of knowhow within the carob business.” 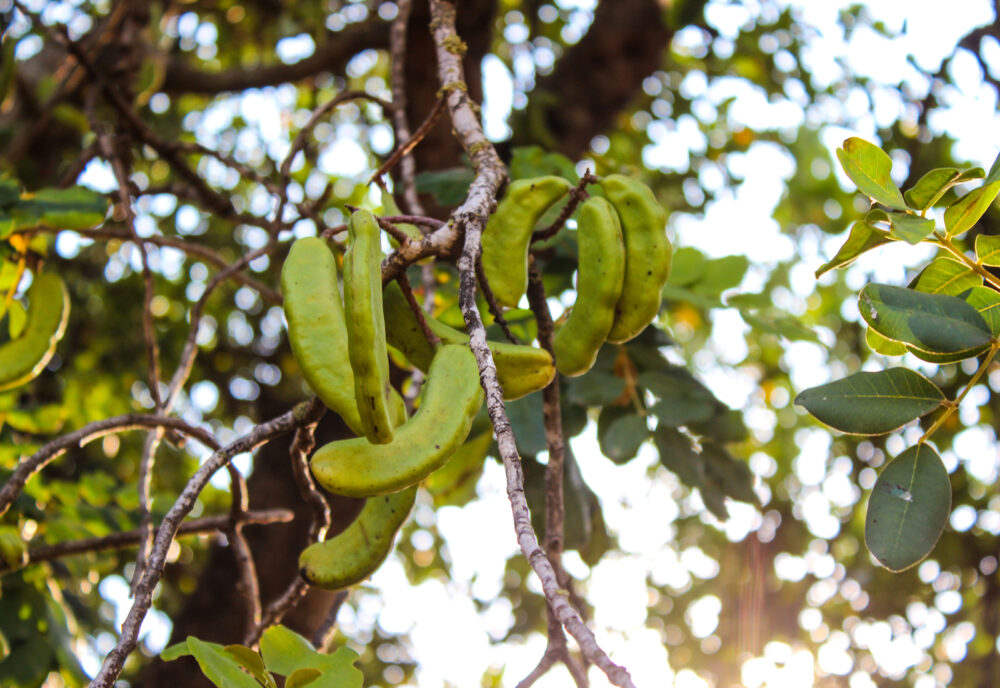 The company – which Alroy officially established with two other cofounders in mid-2020 – employs a team of researchers, a clinical physician, an analytical team, plant protection specialists and product developers for the food industry.

What can carobs contribute to health?

“We’re based in Ness Ziona, and my office is in the car because I travel quite a lot. Most of the operation today is outsourced,” Alroy says, adding that the startup already has sales and customers.

In the meantime, the company has received a pre-seed investment and is looking for further funding to build its industrial plant.

These products won’t be anything like those faux chocolate umbrellas, Alroy says.

“We’ll do studies to show what carobs can contribute to health. We are looking to produce products with a scientific value, for example to serve the needs of food and beverage companies seeking viable sugar alternatives,” he concludes. “I’m not sure that chocolate is the right application.”

UNCOVER ISRAEL - Get the ISRAEL21c
Weekly Edition free by email
Sign Up Now!
Bring Israel's story to life.
Millions of people around the world rely on us to gain a deeper understanding of Israel. We are the trusted source for original content you won't find anywhere else.
You can make a difference. Donate today to support journalism that brings Israel’s story alive.
SUPPORT ISRAEL21c
Read more on:   Environment, sustainability, Trees in Israel