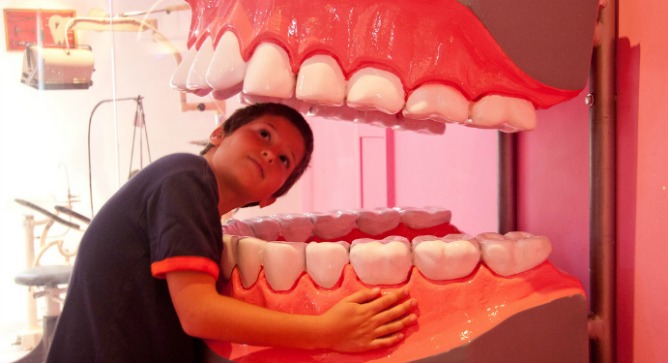 MadaTech’s Science of the Smile exhibition.

Archimedes sits in a giant bathtub with a gold crown on his head in the middle of the Noble Energy Science Park on the grounds of MadaTech, Israel’s National Museum of Science, Technology and Space.

Museum spokesman Eyal Amir explains that while submerged in a bathhouse, the ancient Greek mathematician discovered how to fulfill his assignment of assessing the value of the crown of King Hiero, who suspected the crown wasn’t pure gold.

On the day ISRAEL21c visited the Haifa museum, nobody was running around naked but there were certainly many “Eureka” moments for visitors young and old.

In the magic exhibition, visitors get an under-the-cape look at the magnets, mirrors and other scientific principles that underlie every magician’s bag of tricks.

In the aviation display are artifacts — such as a diary page and burned music CD — rescued from the wreckage of the 2003 space shuttle Columbia on which the Israeli astronaut Ilan Ramon was killed.

An antiquated dental chair, x-ray machine and foot-operated drill are displayed in Science of the Smile, along with plenty of experiential stations to promote an approach to healthy teeth. 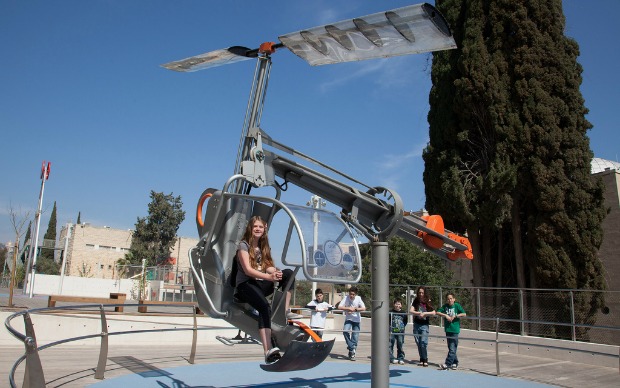 In the Green Energy exhibit, pedaling a bike generates electricity to propel a model train around a track, and directing a blast of wind sends a small sailboat across the water. There’s a hall of mirrors, an optical illusion room and an area full of chemistry experiments waiting to be tried. (Did you know that if you first dip your finger in bubble solution it will not break a soap film?)

In all, there are more than 600 exhibitions in the three-floor museum, not counting the one-acre, year-old Science Park with six courtyards devoted to working models of inventions conceived by Leonardo da Vinci, Isaac Newton, Daniel Bernoulli, Archimedes, Galileo and Pythagoras.

Placards with explanations and instructions are printed in Hebrew and Arabic, and many in English too. But Amir says most of the thousands of visiting children, aged mainly from four to 13, hardly give them a glance.

“Kids don’t read explanations. They want to learn through doing. They feel it and remember it, and that’s all we want,” says Amir. 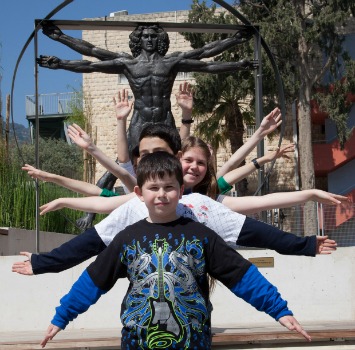 Up to 4,000 children visit MadaTech in Haifa every day.

“We can’t have young geniuses coming out of here and going straight to the Nobel Committee. But we can raise their curiosity. We can make the words ‘science’ and ‘fun’ related. And fun is the most important word in a kid’s judgment. If this museum is fun, then science is fun and technology is fun.”

‘A Jewel for My Wife’

A recently opened exhibit, “A Jewel for My Wife,” displays ornamental pieces the Technion-Israel Institute of Technology professor handmade in years past, along with his actual Nobel medal and certificate, the diary where he recorded his discovery of quasicrystals — and his quasicrystal necktie, which was commissioned by Technion President Peretz Lavie for Shechtman’s 70th birthday several months prior to the Nobel announcements.

The Technion and MadaTech have more in common than their Haifa location. The science museum’s building, now a designated national historic site, was the Technion’s first home. The cornerstone was laid in 1912. Eleven years and one world war later, Albert Einstein and his wife symbolically planted two still-flourishing palm trees opposite the main entrance. 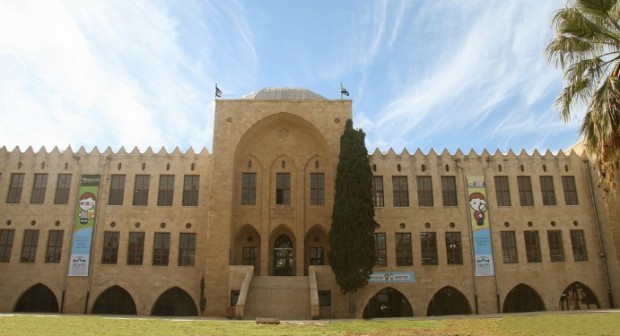 MadaTech was originally built to house the Technion-Israel Institute of Technology.

One remaining vintage classroom is preserved behind a locked door of the museum, used today as a meeting space for the museum’s donors and visiting VIPs. Though it’s a national museum, MadaTech does not receive government funds and relies on contributions for its constantly expanding activities, which take place not only in the museum and Science Park but also in a neighboring building with labs and lecture halls for school groups.

“It’s very common today to work on ISO 9000 [quality management] standards. We like to say we are working on ISC standards – Israeli children’s standards – and it’s much, much more complicated than any of the official standards.”

Most of the contraptions were in working order during our visit, however, including the roomful of noisy engineering devices built by the museum’s staff from specs drawn by Leonardo da Vinci in the 15th century.

But his imagined inventions come alive at MadaTech, where science is all about touching and testing.