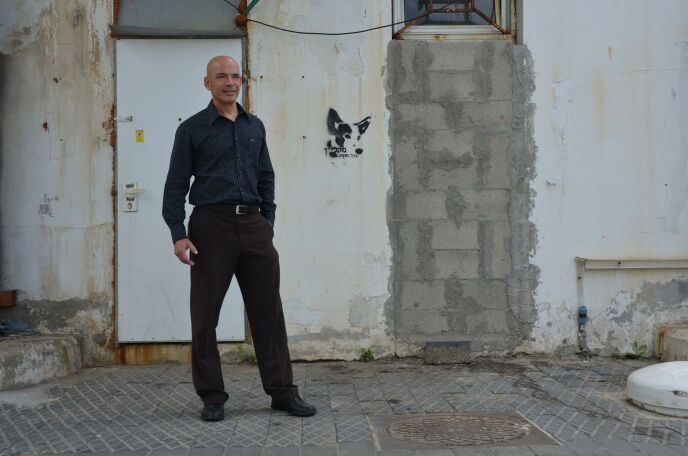 The Israeli defense establishment thought Brig. Gen. Daniel Gold was absolutely crazy when he broached the idea for the missile-defense system that came to be known as Iron Dome (Kippat Barzel in Hebrew).

Several years later, Iron Dome turned out to be the surprise hero of the 2012 Gaza war. When Operation Protective Edge began in July 2014, it gained superstar status for shooting down a large proportion of the rockets fired from Gaza at Israeli population centers.

ISRAEL21c asked Gold where he got the nerve to persist with the project in the face of strong criticism back in 2005, when he headed R&D at the Israeli Ministry of Defense and the Israel Defense Forces (IDF).

“My incentive was saving human lives,” he replies. “I saw what was going on and I said to myself, with all the technology that exists in Israel we must use it to protect human life. We will find a way. It always takes the political and military echelons a long time to think about what they want to do, and in the meantime we started to create a solution.”

Gold had already convened a committee in 2004 to study anti-missile technology options. In August 2005, Israel unilaterally withdrew its citizens from the Gaza Strip and many experts correctly predicted that, instead of bringing peace, the move would invite further aggression from Gaza against Israeli towns near the border. Gold forged ahead with Iron Dome in blatant disregard of a Defense Ministry directive.

He refused to allow the project to get stuck in the wheels of bureaucracy. “I wasn’t sure I could get the funds to go ahead, and I had a private investor lined up just in case, but I didn’t need him in the end,” says Gold, who won the Israel Defense Prize in 2012 for spearheading the Iron Dome project.

Nevertheless, it took two years to persuade the skeptical powers-that-be to fund the project and assign it to Rafael Advanced Defense Systems. Other companies worked on aspects of Iron Dome, including mPrest Systems (software) and Elta Systems (radar).

“We picked the best in the entire country,” Gold told Yisrael Hayom (Israel Today) in 2012. “We had 70-year-old missile experts working alongside 25-year-old engineers fresh out of college, working shoulder to shoulder without any hierarchy. It was like running 15 serious start-up companies at the same time, all of which have to work in harmony with one another and be successful in record time.”

He tells ISRAEL21c that because the project had zero margin for error, he and his staff developed a special methodology to manage the diverse team. “Others are now interested in copying this model,” says Gold, who has doctorates in electrical engineering and business management from Tel Aviv University.

“When I started this endeavor, the scientific community was skeptical. When you think about it, it sounds like science fiction, the idea that missiles can intercept other missiles while flying. … But I am happy to say science fiction became a reality,” he was cited as saying by the Humans of Tel Aviv project.

“If you believe in something, find the resilience in you to make it happen — even fight windmills if you have to. Sometimes it’s worth being Don Quixote.”

Nine Iron Dome batteries are now in place in Israel, with more to come. The system’s radar identifies incoming projectiles and determines which missiles are most likely to hit populated areas or strategic assets. It then fires a Tamir interceptor missile at the chosen target to destroy it. (Iron Dome differs in many ways from the US-built Patriot surface-to-air missile system; it is smaller, less costly per use and tailored to specific circumstances.) 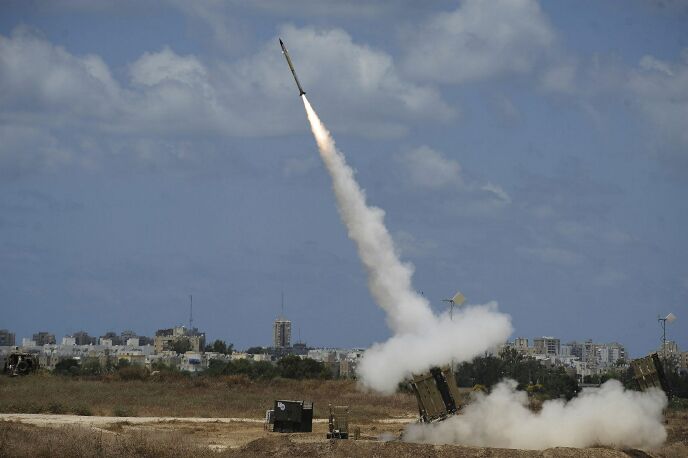 The Iron Dome in action – missiles intercepting other missiles while flying. Photo by Flash90.

Israeli business daily Globes estimates that NIS 4.5 billion ($1.3 billion) of Israeli and US funds have been spent on developing, building and utilizing Iron Dome.

Its cost is irrelevant to the millions of Israelis whose lives have been saved by this gutsy experiment. Israel’s gratitude to Iron Dome is manifested in “I Love Iron Dome” apparel, songs and videos.

Here’s a video for children about Iron Dome.

Gold tells ISRAEL21c that he sees the salutary effect of Iron Dome on Israel’s collective spirit.

“People feel that someone or something is protecting them. They gain confidence because they see [Iron Dome] working so nicely. Of course, they still have to go to shelters because it’s not 100 percent effective, but people are feeling safer and feeling proud of this Israeli achievement.”

He points out that since the first Iron Dome battery became operational in 2011, the system has successfully made more than 1,000 intercepts. “This makes me feel very good,” he says.

Today, Gold runs his own international consultancy, Gold R&D Technology and Innovation, and is voluntary head of the Israel National Committee for Commercial/Civilian Cyber R&D. He’s also on the board of Israel Brain Technologies (IBT), a non-profit dedicated to advancing Israel’s brain technology industry for the benefit of patients.

In a recent IBT interview, Gold said that the Iron Dome developers implemented algorithms based on Israeli human brain research.

“How do you approach a complex problem and solve it? We do this in the Israeli Defense Forces every day,” he said. “Many of the people involved in these types of projects, like the Iron Dome for example, then take their skills to industry. What they learned about putting together complex multidisciplinary solutions serves them well in fields such as high-tech and brain-tech.”