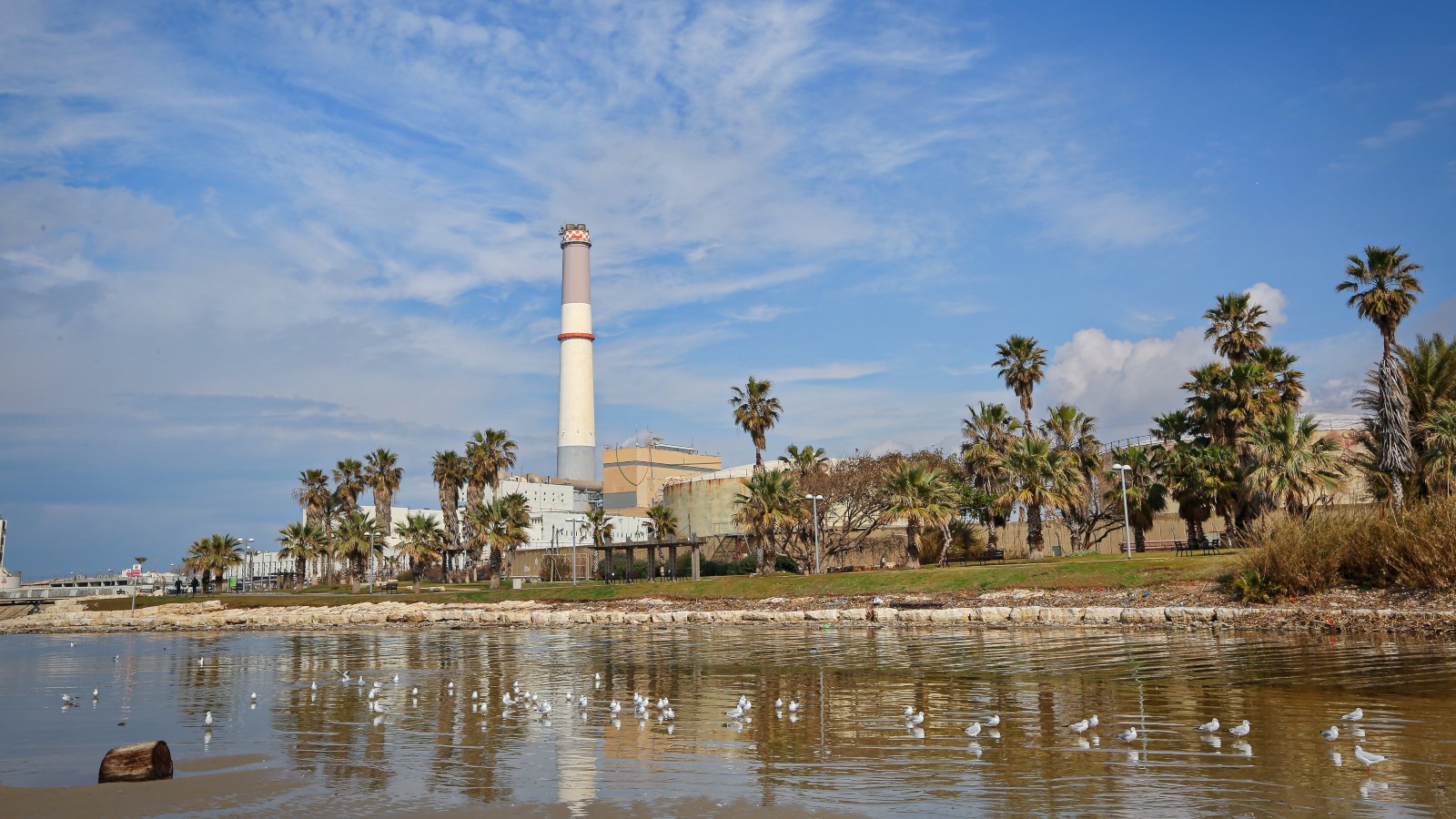 Reading Power Station is a thermal power station fueled by natural gas. It's also one of Tel Aviv's most visually iconic buildings.

The Reading Power Station at the mouth of the Yarkon River in Tel Aviv is a natural gas-fueled thermal power station that supplies electrical power to the Tel Aviv District. But aside from providing power, it is also a site steeped in local history.

The known history of the site spans back to the eighth century BCE, during which the riverbank was fortified by the Assyrian Empire. In the sixth century BCE, the area housed a settlement from the times of the Persian rule of the Land of Israel. 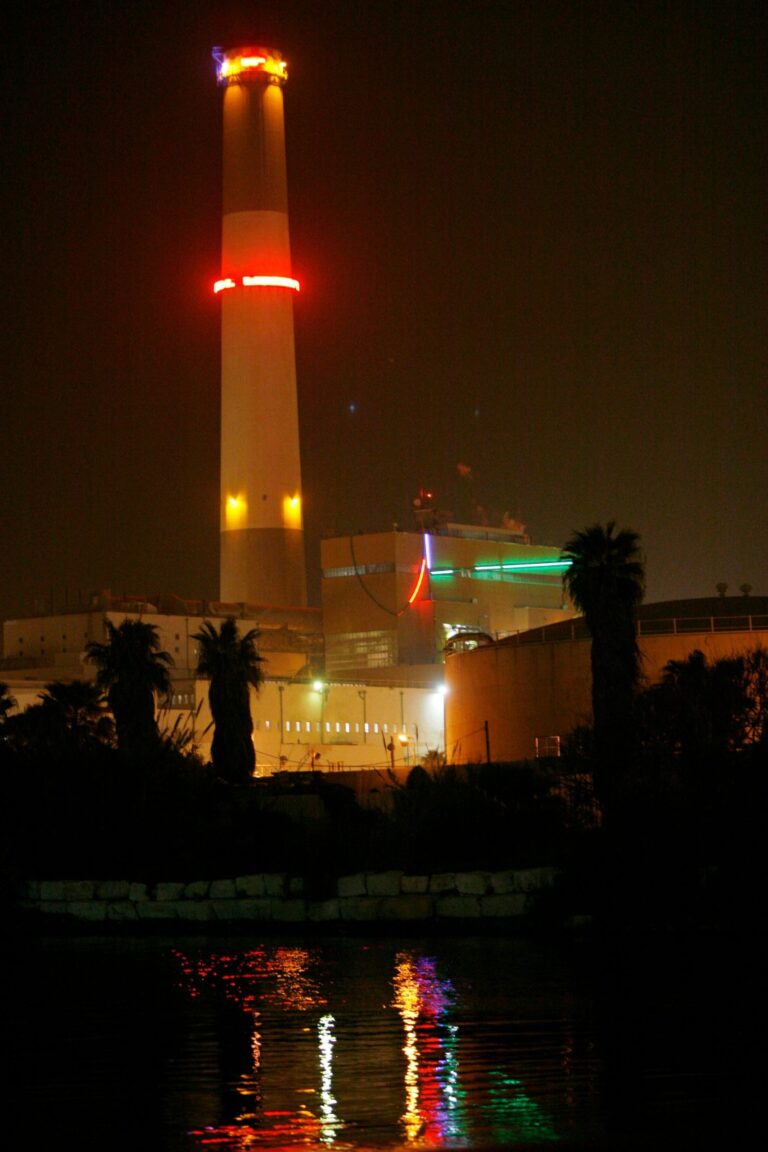 The cooling tower of Reading Power Station on the Yarkon River in Tel-Aviv. Photo by Miriam Alster/Flash90

Fast forwarding a few centuries, the site was chosen to house a power station that was established in 1938 and went on to provide large amounts of Israel’s power supply.

It’s named after Rufus Daniel Isaacs, 1st Marquess of Reading, who aside from being a prominent British politician was also an avowed Zionist and chairman of the board of directors of the Palestine Electric Company. 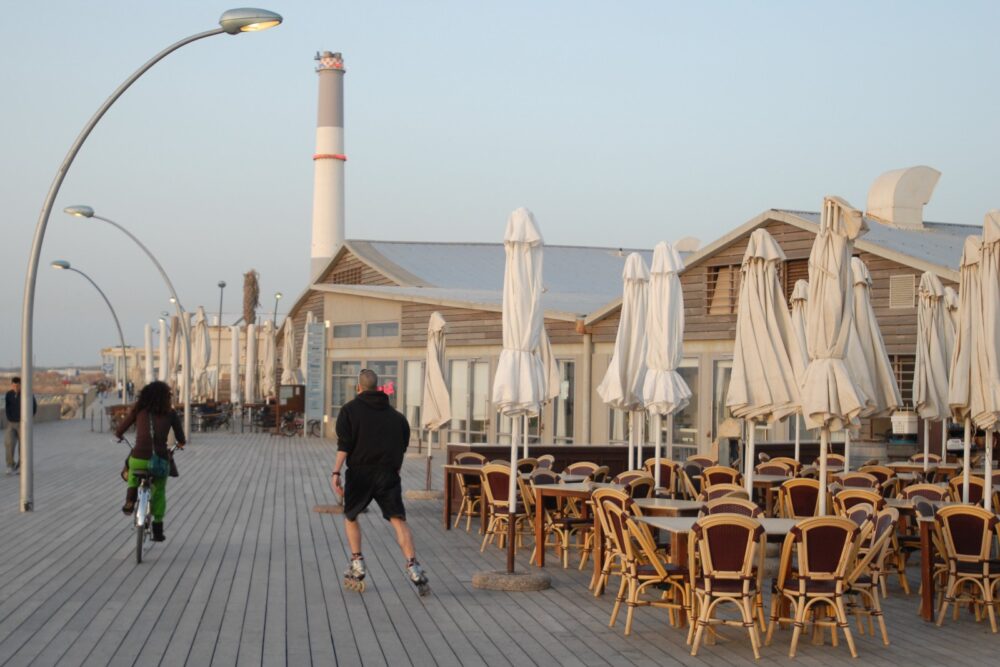 A view of Reading Power Station from the nearby Tel Aviv Port. Photo by Gili Yaari/FLASH90

The power company’s chairman, Pinchas Rutenberg, was adamant that the power plant be built according to exacting architectural standards.

Architect Ed Rosenhak designed the structure in the International style to have a three-story central tower with two identical wings. It was built by 1,000 workers within the space of a year against the turbulent backdrop of the Arab Revolt. 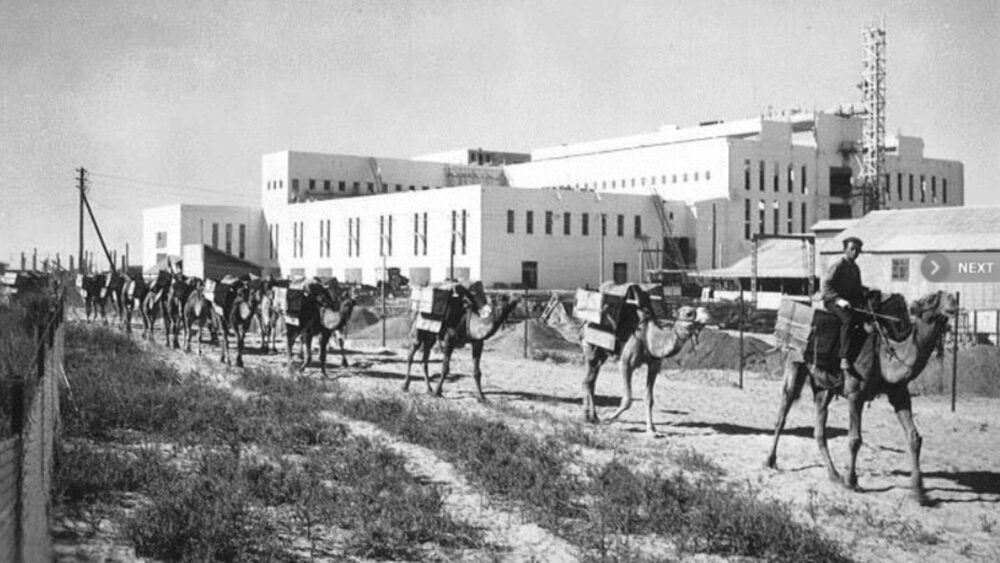 A convoy of camels carrying sand for construction of the Reading Power Station. Photo courtesy of the Central Zionist Archives

During World War II, anti-aircraft missiles were stationed at the plant in defense against possible attack by the Italian air force that bombed Tel Aviv, and in 1948, during Israel’s War of Independence, the site survived bombings by the Egyptians who were aiming for the nearby airport. 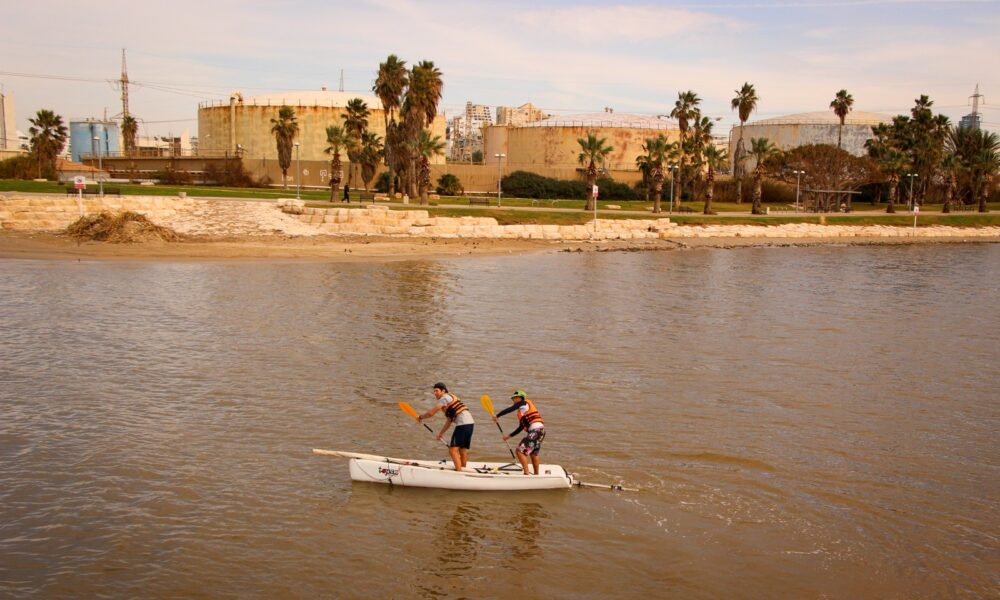 View of the Reading Power Station and the Yarkon River in Tel Aviv on January 27, 2020. Photo by Gershon Elinson/Flash90

Following protests by environmental groups regarding the pollution the station was creating, in 2005 the plant switched to natural gas that arrives at the site via pipeline. It now supplies only 4.5 percent of the power consumed in the country, but still remains important due to its location in central Israel.

The site is nowadays also home to walking, running and biking paths that surround Reading and connect it with the bustling Tel Aviv Port complex, and has become a visual icon on the beautiful landscape of Tel Aviv.