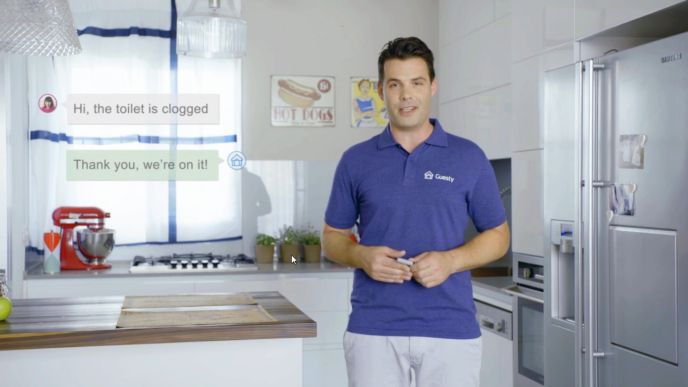 Guesty handles guest inquiries and many other hosting services.

Guesty handles guest inquiries and many other hosting services.

Ever wonder how Airbnb homeowners get back to you so quickly when you send them that first inquiry email asking if their apartment is available to rent? They don’t; at least not themselves.

The most efficient Airbnb hosts employ third-party services like Israel’s Guesty to handle the booking and management process – everything from email communication with potential renters to post-visit laundry pickup and housecleaning.

Guesty is one of dozens of new Airbnb services to spring up in the last few years. Most companies offer on-the-ground value, such as lock boxes and key pickup (Keycafe and City CoPilot), sheet exchange and general cleanup (Properly and Handybook) remote cameras (SkyBell) and electronic locks (Lockitron) so owners can open the door to their apartment from their computers.

This Israeli company takes a different approach, focusing on services that don’t require a physical presence. These include responding to inquiry emails promptly at all hours of the day (a must: Airbnb penalizes homeowners who don’t answer within an hour), providing directions and answering renter questions by email or phone (“I forgot the Wi-Fi password” or “Which subway do I take to JFK?”), refreshing booking calendars and even screening guests to fit the homeowner’s requirements.

Guesty does this through a combination of automated tools and real people, explains the company’s CEO Amiad Soto, who started Guesty with his twin brother Koby after the two were barraged with emails while they were abroad and were renting out their apartments in Tel Aviv. Koby is a programmer; Amiad has a background in sales. Koby started coding a solution and before long they were managing a handful of their friends’ Airbnb spaces in Israel.

Realizing they were on to something, the Soto brothers applied and were accepted in 2013 to the prestigious Y Combinator startup accelerator in San Francisco. They moved to California for several months and raised $1.6 million from Y Combinator and Magma Venture Partners in Tel Aviv. By the time they landed back in Israel in early 2014, they were providing services for 500 Airbnb properties. Today the number has grown to 2,000, with no sign of slowing down.

Because Guesty doesn’t have physical feet on the ground in the cities it serves, it’s been able to grow much more rapidly than other Airbnb service providers. The company now has customers in 35 countries and on every continent, Amiad Soto tells ISRAEL21c.

Combination of live staff and software

Guesty’s staff of 30 – nearly all of them in the company’s Tel Aviv headquarters – are heavily represented by native English-speakers who have either moved to Israel or who grew up here with English-speaking parents.

“When we talk to people abroad, we want them to know we’re not an Indian call center,” says Nathan Tobin, Guesty’s chief marketing officer. Some of the positions are part time and require working the graveyard shift in Israel, which is daytime in North America.

While live staff is essential to Guesty’s Airbnb added value, software streamlines the process and allows the company to scale. Koby Soto’s technology allows a single staff person to manage multiple Airbnb customers from a unified dashboard. The software logs into customers’ Airbnb accounts, so communications look like they’re coming from the Airbnb homeowner rather than a third party in Tel Aviv.

Guesty isn’t for every Airbnb host. “The value is strongest when someone is renting out multiple units or has just one unit but is too busy to handle it him or herself,” explains Tobin. Someone who is “just squeaking by and renting a spare bedroom” wouldn’t turn to Guesty.

Guesty sends customers an invoice for three percent of each night’s stay. If a property rents for $100 a night and is occupied, say, 100 nights during a year, for Guesty’s current 2,000 customers, that’s $600,000 in revenue a year. Not a massive amount, but “a startup that’s generating more than half a million in its first year is considered doing very well,” Tobin says.

And Guesty is just at the cusp of the Airbnb wave. “This is still very much an unestablished market,” says Soto, “one that’s as big as the ocean and where the leading player is not any larger than the biggest ship.”

In other words, though Guesty today only works with Airbnb and its hundreds of thousands of hosts, it has its eye on other vacation rental websites, such as the more established VRBO, with more than a million listings.

So, the next time an Airbnb host gets back to you within minutes, you’ll no longer wonder, “How did they do that?” Rather, you’ll nod with the satisfaction that the startup nation has got that covered too.