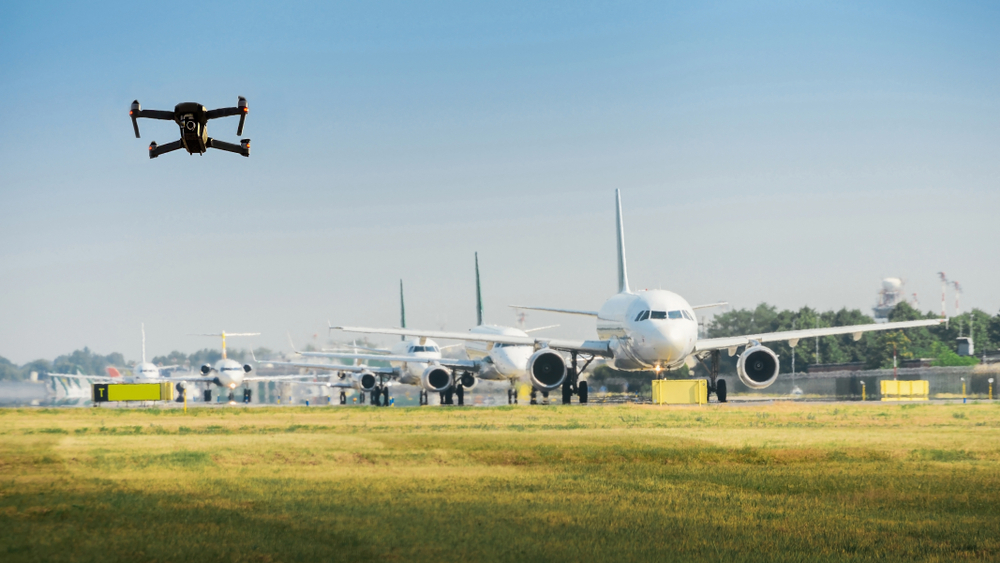 Airports are slowly getting back to business amid the coronavirus crisis. While that’s a hopeful development for the travel industry, airports will need to plan for an ever-increasing threat of disruption from unauthorized drones overhead.

The last time an incident was widely reported was February 3, about a month before the pandemic started grounding planes. Madrid closed its international airport for two hours that day due to drones sighted in the airspace.

Over the past two years, unauthorized drone activity has shut down Gatwick and Heathrow airports in England, and international airports in Dubai, Dublin, Singapore, and Newark (New Jersey).

These incidents are increasing even though it is illegal to fly a drone higher than 400 feet, in restricted airspace, or within a kilometer of an airport.

“And on the other side,” Lev continues, “there are malicious operators who intend to cause harm.” 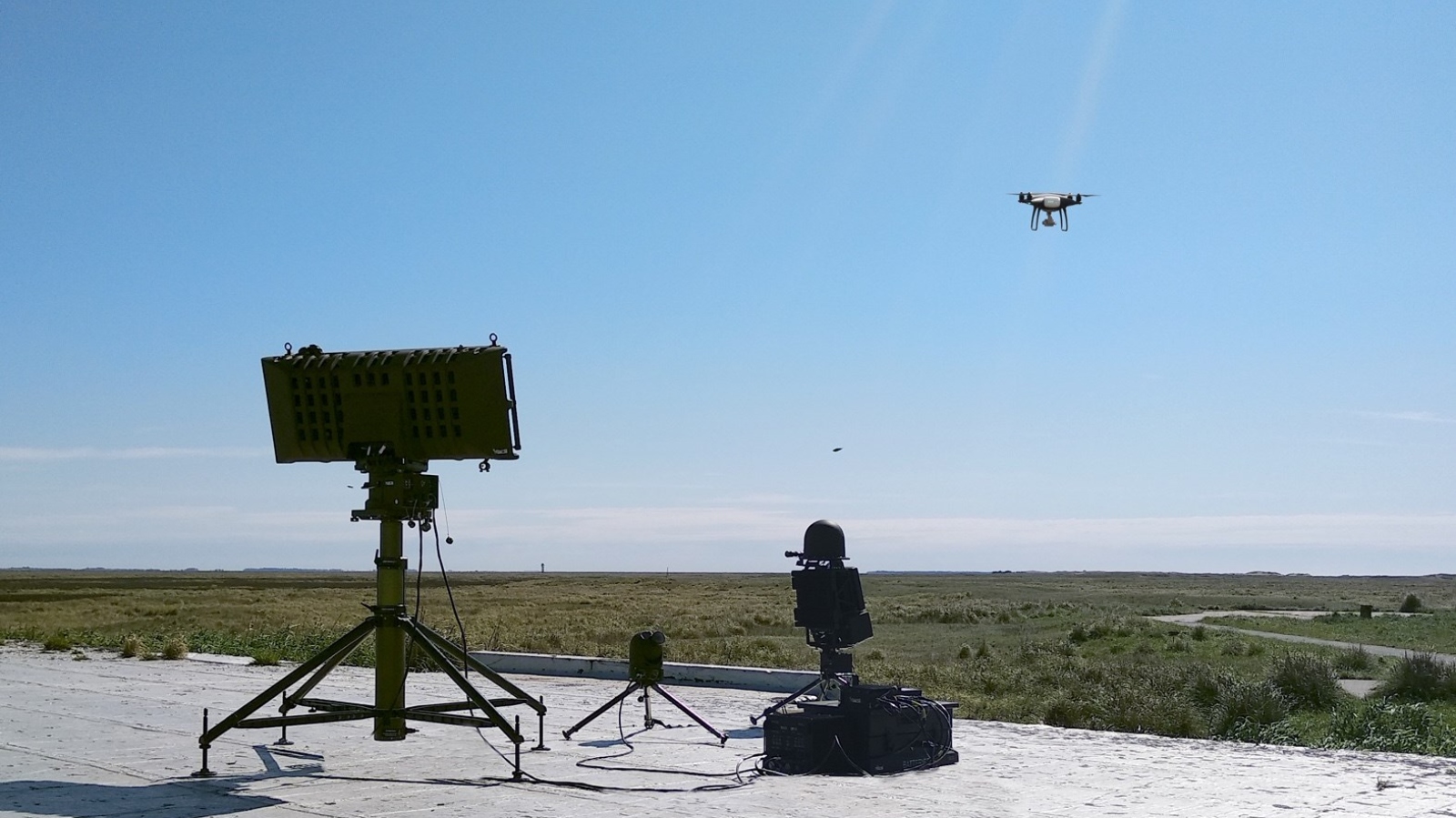 That’s why technologies to detect and disable these unmanned aerial vehicles are in hot demand.

Like birds, drones weighing only a couple of pounds — too small to be detected by traditional radar– can seriously damage aircraft.

Drones also present a threat to terminal buildings, Lev says. And there’s a possibility they could be carrying explosives.

Therefore, airports must always be on the lookout for drones to avoid expensive, aggravating shutdowns and flight cancellations, or worse.

Here we look at Israeli solutions to a dangerous problem plaguing airports across the world.

ELTA began developing Drone Guard in 2016 for military and civilian uses. Hundreds have been sold since 2017, but Lev explains that development is always evolving.

“The drone business is like smartphones – there are always new models and new threats, and we must adapt,” says Lev. “The variety of drones and the easy accessibility is increasing all around the world.”

Drone Guard has provided protection for events such as the 2018 G20 Buenos Aires summit. The system was tested successfully at a naval NATO exercise in Portugal and at international airports in Europe, Latin America and Southeast Asia.

Lev says the most critical component in Drone Guard is 3D X-band radar that detects and tracks all types of drones without interfering with airport radar systems.

“It sees all movement in the sky and distinguishes drones from birds, for example.”

The multilayered system also includes communications intelligence to “listen in” to communication between the operator and drone; an electro-optical/infrared camera to visualize and classify the drone; and a jammer that neutralizes or takes over the drone and steers it to a designated safe place.

The newest capability will be launching an interception drone from a docking station.

The modular, transportable system can be tailored for each customer – for example, downsized to fit in a backpack or upsized to provide long-range radar for large airports. One command-and-control unit manages the system.

The system employs electro-optics, radar and signal intelligence to identify the target, send alerts and take down the drone in a controlled way, either by jamming its radiofrequency signals or destroying it with a focused laser beam. 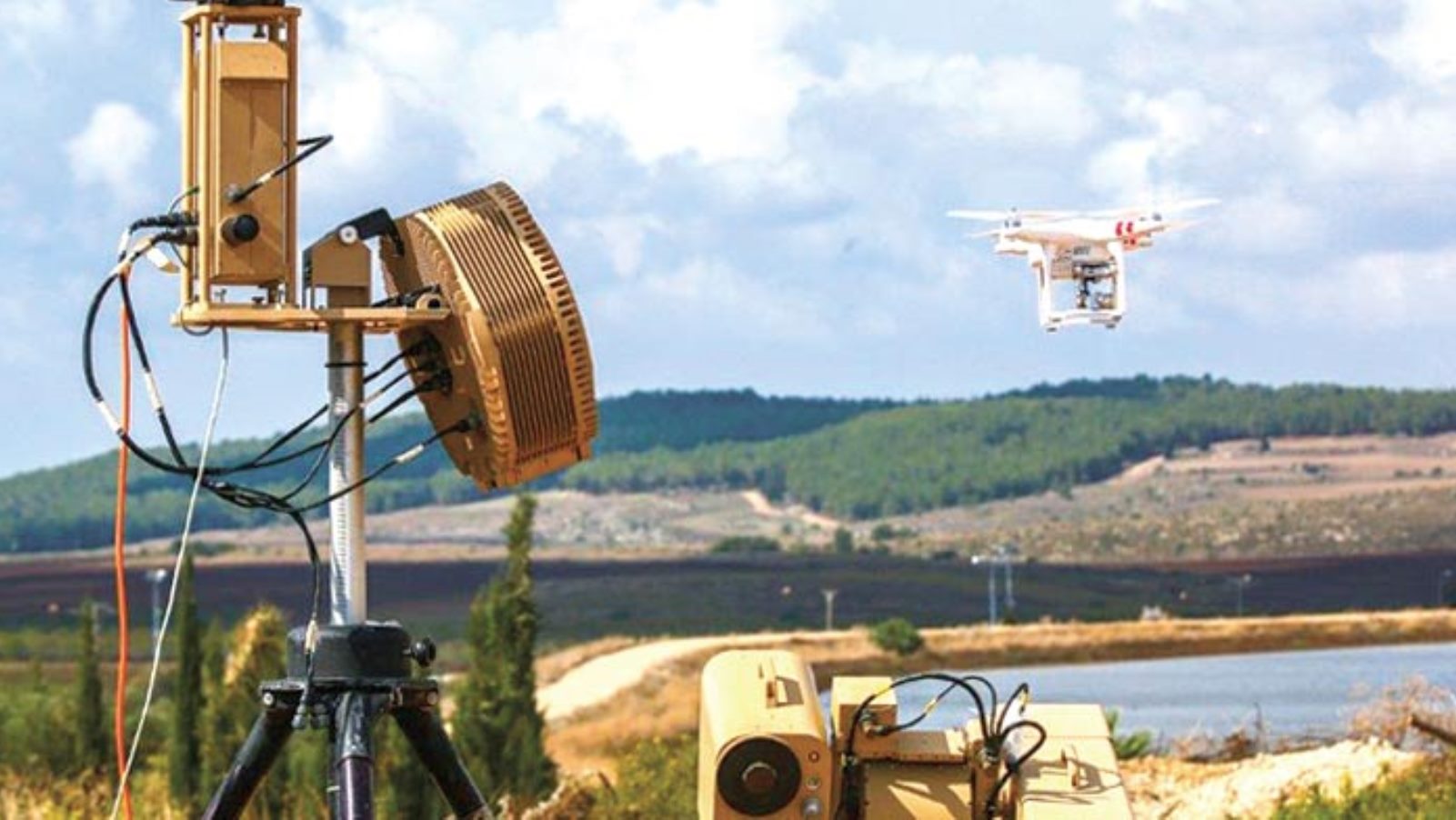 Using a specific jammer bandwidth and advanced directional antenna keeps Drone Dome from interfering with planes in the airspace. The modular system can be set up in a stationary or mobile configuration, tailored to each customer.

Although it was widely reported that Drone Dome systems purchased by the British military helped end the Gatwick crisis in December 2018 – which paralyzed the airport for 36 hours and stranded more than 100,000 travelers – in fact the Israeli systems had not yet been delivered and a different solution was found.

Airports are among the varied international customers of Convexum, founded in 2015 by former members of the IDF’s renowned 8200 signal intelligence unit.

Given the founders’ expertise, it’s not surprising that Convexum uses cybersecurity techniques to mitigate drone threats within a range of 1.5-kilometers (close to a mile).

Once a suspicious drone is detected using radio frequency sensors, a technology called protocol manipulation (spoofing) allows the UAV to be taken over automatically or manually.

Convexum claims to be the only solution on the market that can even detect when an unauthorized UAV is turned on within the protected perimeter and prevent it from taking off.

The technology currently is effective against about 80 percent of consumer drones, including nine out of 10 of the top models – “with more added in every version,” according to the company.

The growing threat from drones doesn’t only affect airports. In September 2019, Houthi rebels from Yemen used drones to strike two key oil installations inside Saudi Arabia, damaging facilities and cutting the country’s oil production by about half – some 5% of global oil production.

D-Fend Solutions, founded in 2017 and headquartered in Ra’anana, has branches around the world.

“In the counter-drone space, the takeover approach is unique in its ability to preserve continuity and permit authorized drones to continue carrying out their functions,” said Zohar Halachmi, chairman and CEO of D-Fend Solutions.

“It is critical for our customers across sensitive environments that our solution doesn’t disrupt communications, transportation, enterprise functions or everyday life, or cause collateral damage. And with authorized drones playing an important role in today’s cyber society, ‘friend or foe?’ differentiation between rogue and authorized drones is also important.”

With hundreds of deployments across four continents, EnforceAir has been implemented by dozens of military, homeland security and law-enforcement units and agencies, as well as first responders, airports, border patrol, VIP executive protection and maritime organizations.

The US Defense Innovation Unit — which accelerates the adoption of commercial technology for national security for Department of Defense customers – chose EnforceAir as the core radiofrequency RF system for a government-sponsored counter-drone solution.

“We are proud to be a unique and essential part of a mission-critical solution that protects U.S. assets, troops and citizens,” said Halachmi.

Aside from home grown solutions in Israel, you can also find Israeli components powering counter-drone systems of other companies.

For example, advanced radar from RADA Electronic Industries in Netanya is inside the X-MADIS counter-drone system made by US-based Ascent Vision Technologies for applications including airport protection.