Israeli oral and maxillofacial surgeons Oded Nahlieli and Michael Abba have performed complex procedures on dozens of children in the Republic of Equatorial Guinea on the African West Coast since 2014.

On their most recent trip, they trained local doctors to use a remote surgical collaborative system developed by ORVizio, an Israeli startup headed by Abba. 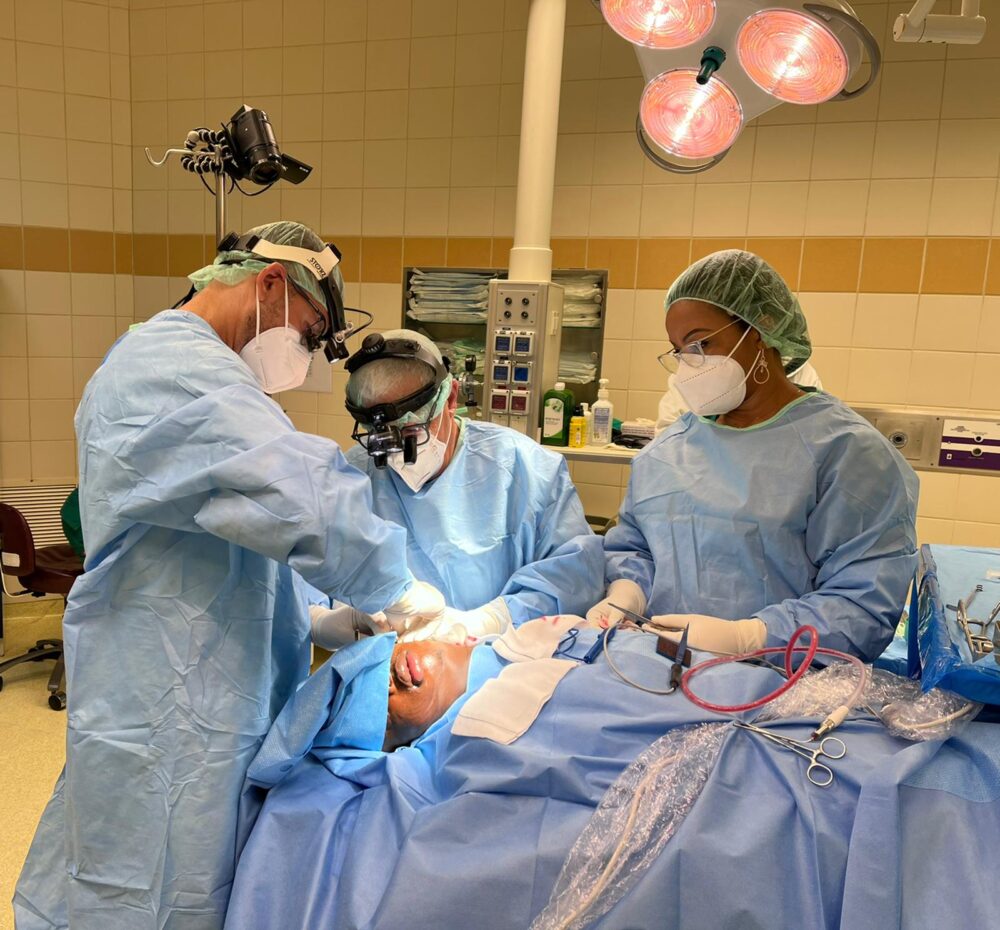 “In the past, we had to use WhatsApp” to provide telemedical support, Nahlieli tells ISRAEL21c.

Abba explained that his startup addresses a problem that the pandemic highlighted.

“It isn’t enough for Western doctors to travel to third-world countries to perform surgeries every few months. We saw during corona that this paradigm doesn’t work. The Western world stopped going there,” he said.

He became convinced that the best approach is to set up local education programs to give onsite doctors the ability and techniques to do complex procedures themselves, with the backup of remote support from experienced practitioners. Training local doctors should ease the current situation in Equatorial Guinea, where patients with severe facial injuries and conditions sometimes have to wait years until specialists arrive to operate on them.

Nahlieli said that their goal is to build a medical clinic that will serve Equatorial Guinea as well as Gabon and Cameroon, enabling local doctors to use ORVizio’s remote surgical collaboration system to perform complex facial surgeries.

Their visits began in 2014, after the general manager of a public hospital in Equatorial Guinea contacted them, seeking doctors with their special expertise. The hospital has paid all expenses for the two specialists to travel there about two times a year to treat difficult cases.

Before their most recent visit, the doctors received CT scans of the patients by email. Then they created 3D models at Galilee Medical Center that enabled them to prepare for the surgeries.

One of the patients was a six-year-old boy who had not eaten solid foods for four years due to a connection between his lower jaw and skull. Following the operation, he could finally eat normally.

Other surgeries they did successfully were on children born with severe cleft lip and cleft palate birth defects. 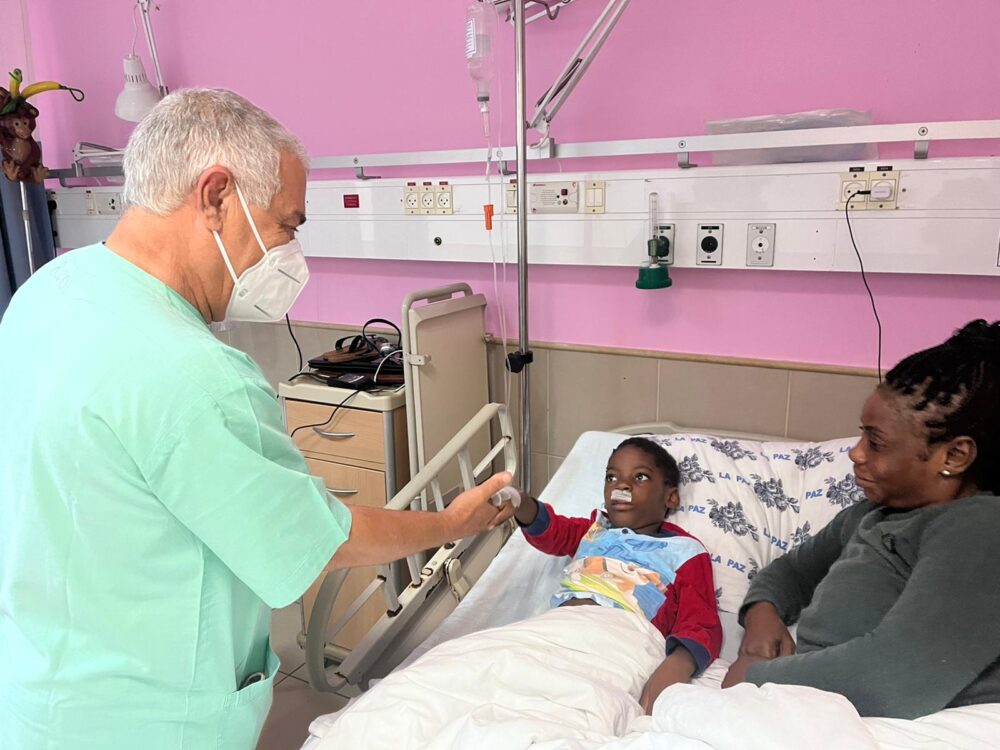 “There is nobody else who travels there to perform these mouth and jaw surgeries,” said Nahlieli, whose endoscopic and microsurgery techniques are known worldwide as breakthroughs in the ability to preserve salivary glands.