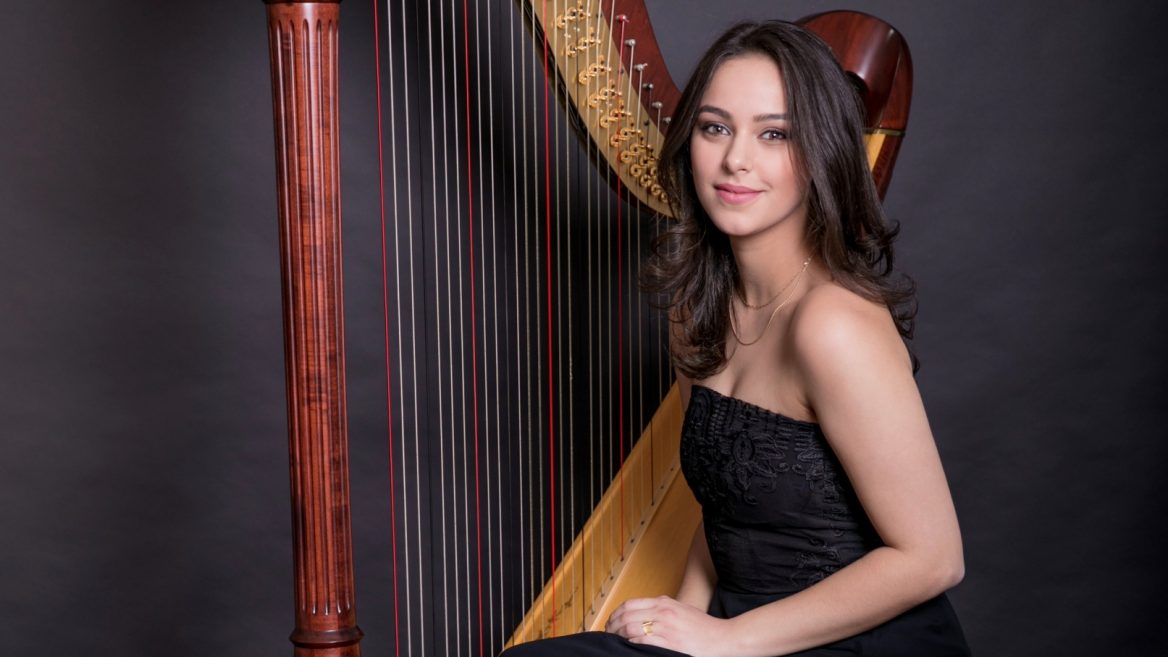 This July, 19-year-old Noa Gabay will represent Israel at the Focus on Youth event at the 13th World Harp Congress in Hong Kong, showcasing the cream of the future crop of harpists.

“When I was five years old, like most little girls, I had a dream of becoming a ballerina. My mother took me to see ‘The Nutcracker’ and ‘Swan Lake’ ballets, but instead of watching the dancers, I spent the whole performance looking at the orchestra,” Gabay tells ISRAEL21c.

“It was the first time that I saw the harp. I was struck by its beauty and stunning sound. These two ballets have cadenzas that are among the most beautiful in the harp repertoire. I immediately began studying the harp and slowly it began an inseparable part of my life.”

Born in Israel, Gabay was two years old when her family moved to Wales. By the time they returned to Israel when she was 16, she was already an accomplished harpist.

“Wales was a wonderful place to begin my music studies, since the harp is the national instrument of Wales and is a big part of their culture,” Gabay tells ISRAEL21c.

“At age eight, I was accepted to study at the junior department of the Royal Welsh College of Music and Drama, where I was fortunate to study the harp with Katherine Thomas and later with Prof. Caryl Thomas.”

At age 12 she became the principal harpist of the National Children’s Orchestra of Great Britain.

Gabay won the national Welsh harp competition in her age group three years in a row, from age 12 until 15. These competitions were shown live on national television, giving her valuable stage experience.

After coming back to Israel, Gabay continued her studies with Julia Rovinsky and was named principal harpist of the Israel Youth Philharmonic Orchestra. She won the America-Israel Culture Foundation’s biennial excellence scholarship and a special music award from Zefunot Tarbut (Secrets of Culture), a nonprofit organization that scouts and promotes young Israeli musical talent. 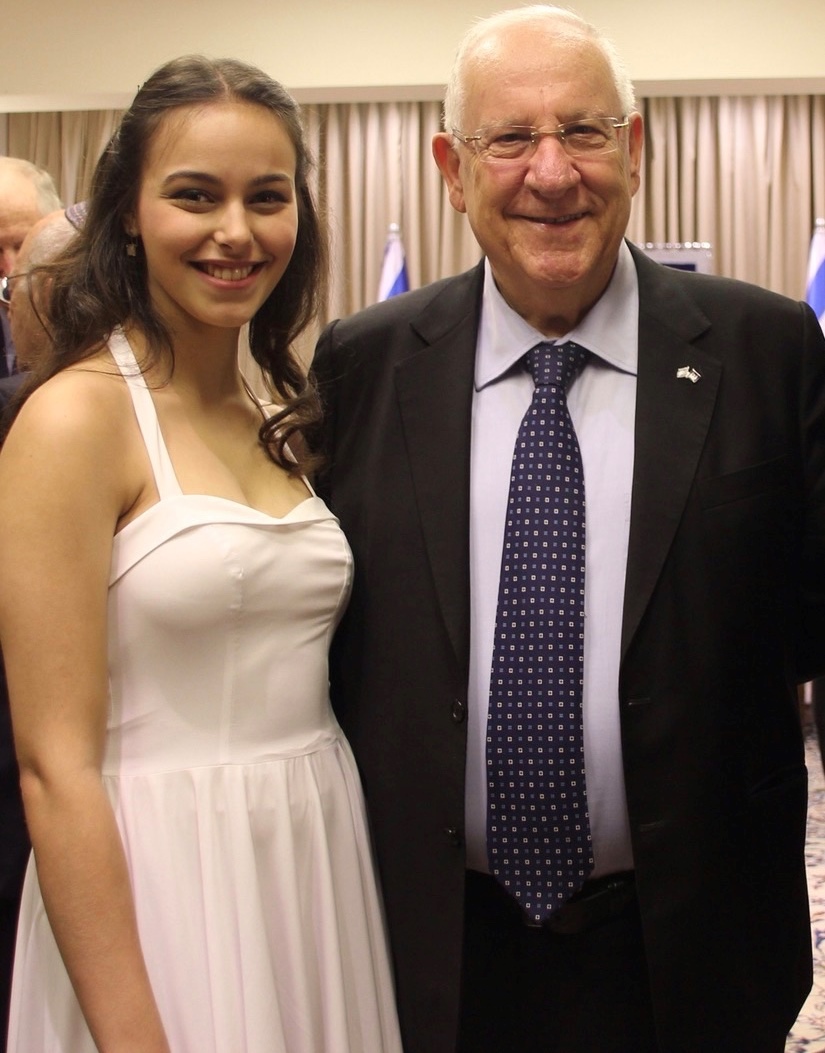 At 17, Gabay performed the Mozart flute and harp concerto as soloist with the Israel Philharmonic Orchestra in Tel Aviv under the baton of Eyal Ein-Habar.

“I have performed many solo recitals across Israel including a recital at the residence of the Israeli President, Reuven Rivlin,” she relates.

She has also performed numerous times on Israeli and British national television and radio, and on National Public Radio’s “From the Top” broadcast throughout the United States.

“I enjoy playing pieces from the Romantic period very much,” she says. “It is a period where composers began writing pieces that were very virtuosic and passionate. There are many amazing French composers not so well-known outside of the harp world, like Tournier, Renié and Grandjany, who wrote some of my favorite pieces for the harp. And of course I absolutely love playing Bach. He is my favorite composer.”

At age 18, Gabay left her parents and younger brother in suburban Ra’anana to start studying for a bachelor’s degree in music at the Swiss music academy Haute École de Musique de Genève, with renowned harpist and teacher Prof. Florence Sitruk. She just finished her second year there.

During the summer of 2016, she was awarded a fellowship to participate in the Aspen Music Festival and School in Colorado, one of the largest classical music festivals in the world.

“There I met Tom and Vivian Waldeck, who saw me perform at one of my solo concerts during the festival. Thanks to them and the generosity of 10 more couples from Aspen, I am able to rent a grand concert harp in Geneva,” says Gabay, who left her own instrument home in Israel as it was difficult to ship. “It is so heartwarming that they believe in my potential, and I am so grateful.”

The July 7-13 Focus on Youth event at the 13th World Harp Congress in Hong Kong is a platform for gifted young harpists around the world to play a 25-minute solo recital before internationally acclaimed harpists, and receive critique and evaluation.

The event’s judging panel receives hundreds of applications and accepts only 25 harpists under the age of 22.

Click below to see Gabay’s duet with pianist Orit Wolf performed at the Tel Aviv Museum of Art in 2014.

UNCOVER ISRAEL - Get the ISRAEL21c
Weekly Edition free by email
Sign Up Now!
Bring Israel's story to life.
Millions of people around the world rely on us to gain a deeper understanding of Israel. We are the trusted source for original content you won't find anywhere else.
You can make a difference. Donate today to support journalism that brings Israel’s story alive.
SUPPORT ISRAEL21c
Read more on:   Culture, People, Music, harp, Noa Gabay