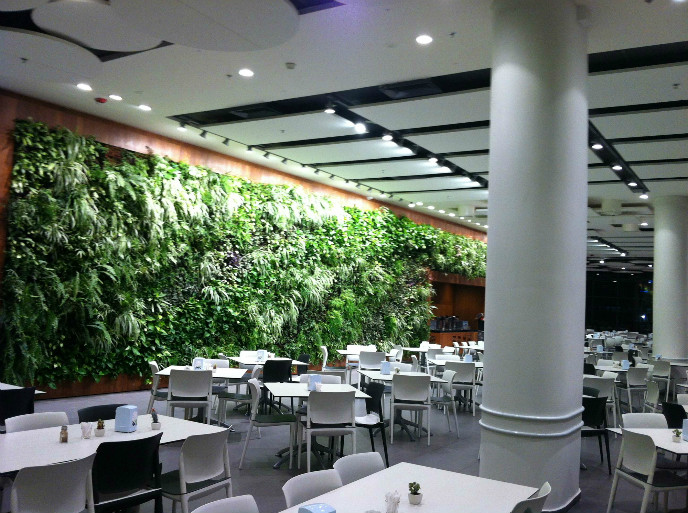 A GreenWall installation in Israel.

A GreenWall installation in Israel.

Israeli gardening prophet Guy Barness sees two ways that people will grow food in the not-so-distant future: “Outside the cities at big farms like they do today, and the other way, which is not so common right now, will be urban agriculture, in cities.

“There won’t be a lot of places in the city to grow food, so people will do it on walls everywhere to save space,” Barness, the founder and director of GreenWall, tells ISRAEL21c.

GreenWall, founded in 2009 in Ramot Hashovim, builds gravity-defying vertical gardens that climb walls in or outside the home or office. 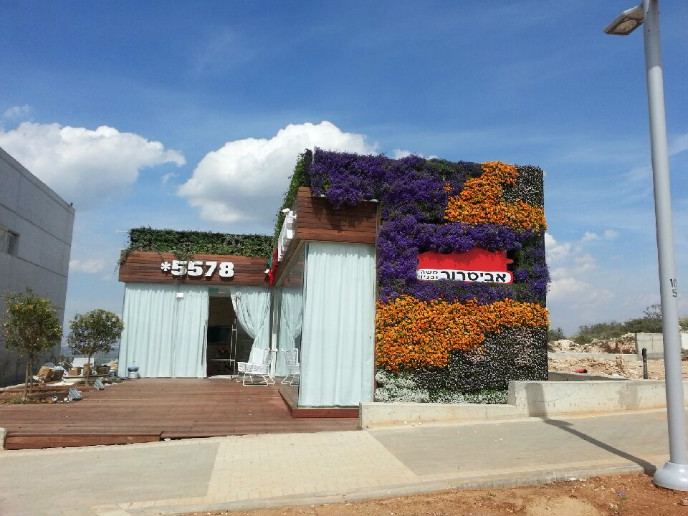 GreenWall can do ornamental as well as edible gardens.

High-profile clients including Apple, Google, Intel and Facebook already work with GreenWall, says Barness, and the company has installed about a hundred living walls in Israel. Homeowners can also buy wall gardens of only a few square yards in size; the price starts at $800.

Visitors to the World Expo 2015 in Milan (Expo Milano) next May will see a 1,200-square-foot GreenWall outside Israel’s pavilion growing wheat, rice and corn in keeping with the expo’s theme, “Feeding the world.” The pavilion will show off the inventions of several Israeli agro-tech companies.

Vertical gardens, an idea that has already taken off in America, can enhance bare walls, built structures and fences, and can increase the overall beauty and interior design of homes and office buildings.

Environmentalists say that vertical and city gardens are an answer to the global water, energy and food crises. Vertical gardens use up to 90 percent less water than do traditional gardens, and growing food in place saves on the enormous shipping costs in terms of fuel and greenhouse gases. The walls have an insulating effect, buffering indoor temperatures by as much as 50 degrees F. Plus, plants clean and circulate stale indoor air.

Barness says: “If you add plants to the walls of the buildings they will reduce noise, decrease carbon dioxide emissions and reduce your heating or cooling costs and the temperatures inside.”

The client doesn’t need to have a green thumb, but if a section fails to thrive or if the owner wants to refresh or change the design, GreenWall will plant new components. 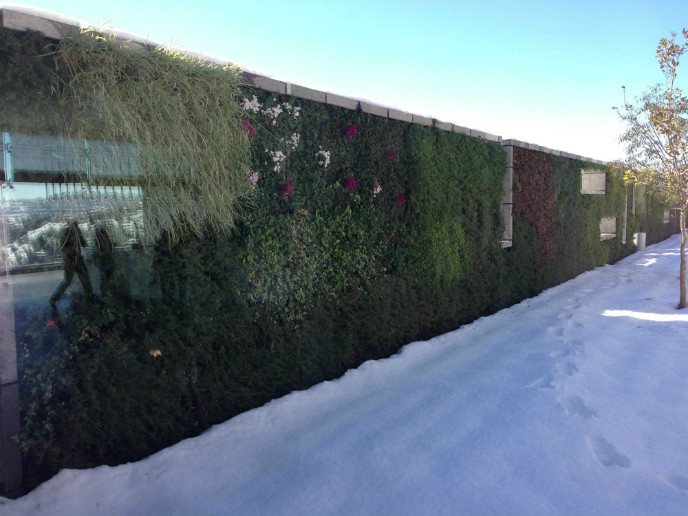 Vertical gardens are not unique to GreenWall. In fact, Barness says the world market for such products has grown rapidly to $100 million. But while anyone can find online instructions for building vertical gardens using found materials like shipping pallets, GreenWall offers some innovations.

First, the company incubates the “look and see” wall at its farm before installing it on the customer’s location. The systems incorporate technical knowhow from Israeli drip-irrigation pioneer Netafim; and GreenWall has developed its monitors, sensors and controls in cooperation with Israeli water-monitoring company Galcon.

Even European companies that have built vertical gardens of their own are making serious inquires to Barness. “Five years ago, when I came with this idea of saving water to the Europeans, well, they just laughed at me. They have those water fountains that run all day long outside in the villages and cities,” he says.

“Now things have shifted and they are talking about saving water. The Americans are, too.”

In many ways Israel has been ahead of the curve since it was founded in 1948. At an early age, Israel developed water and seed technologies so it could grow food in the desert. What GreenWall does is just the next logical step as more and more people move to cities and want to grow their own food.

Barness sums up: “The future is edible landscaping. I mean landscaping you can eat.”