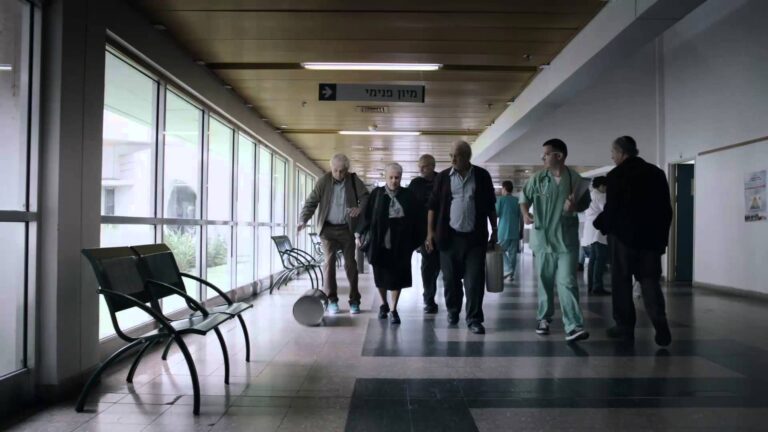 There may have been dozens of films – many with high profile directors and actors — trying to win notice at the Venice Film Festival recently but it was an Israeli dark comedy, The Farewell Party, that was among the most memorable screenings. The film, which adds a jolt of comedy to the serious subject of assisted suicide, won the Venice Days’ People’s Choice Award.

Now it’s also winning deals from across the globe.

The Farewell Party (in Hebrew, Mita Tova) tells the story of a group of friends at a Jerusalem retirement home who decide to build a self-euthanasia machine to help their terminally ill friend. But as word spreads, they’re faced with a long line of people asking for their help and thus putting the group in an ethical and emotional quandary.

Directors Sharon Maymon and Tal Granit have voiced that it wasn’t easy finding actors willing to take part in their dark comedy although in the end the protagonists are all played by well-known Israeli actors including Levana Finkelstein and Ze’ev Revach.

The Farewell Party had its premiere at the Venice event and is currently showing in Toronto at the International Film Festival there.

“It talks about friendship and about love and about separation from someone you love,” Granit told the Associated Press. “Our story tells an international story that anyone can relate to.”