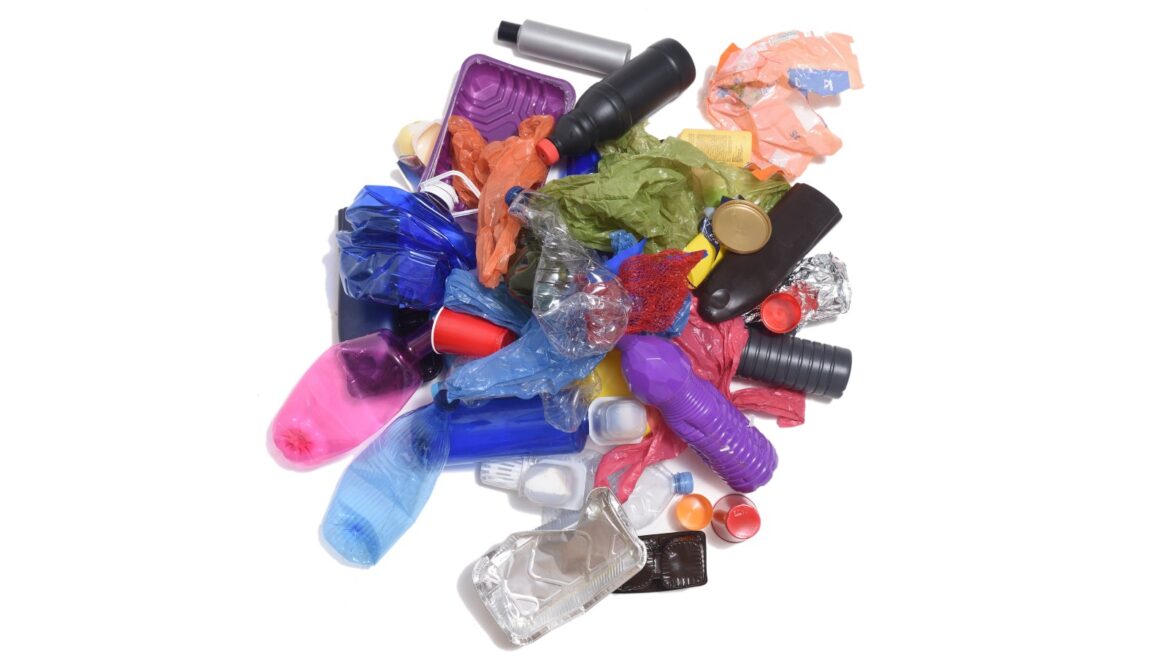 That means that the plastic mayonnaise or shampoo container you carefully placed in the plastic bin at the curb is most likely headed for landfill rather than being repurposed into something friendlier for the planet. The same is true for used plastic from agriculture.

And forget about plastic supermarket bags – they’re not recyclable at all.

Indeed, as of 2015, only 9% of the plastic produced in the United States was recycled.

In 2017, the dirty plastic secret burst into the open when China, which used to take the majority of the world’s plastic waste, declared that it would accept only “clean” plastic. Suddenly, cities across the globe had nowhere to send their plastic. Some even began removing recycling bins and pickups.

“The price of plastics has plummeted to the extent that it isn’t worth recycling,” Jamie Smith, general managers of Green Recycling in the UK, told the Guardian newspaper last year. “If China doesn’t take plastic, we can’t sell it.”

Dirty plastic eventually found its way to other parts of Asia – Indonesia and Vietnam in particular – but unless it’s meticulously cleaned, which is not economically viable, it usually ends up buried or burned. This has become a huge environmental hazard. 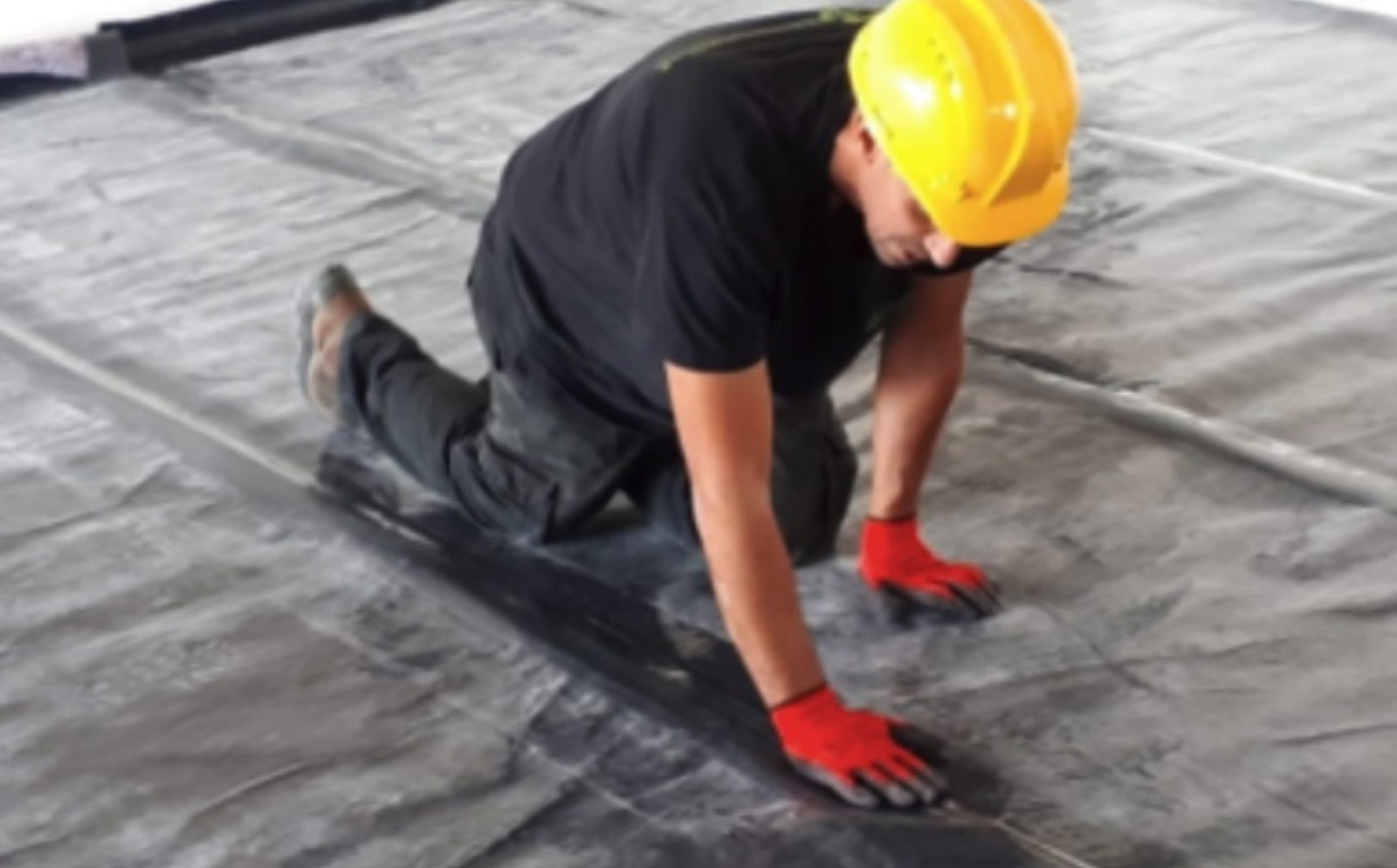 Hershcoviz adds that 70 percent of the distributors in Israel selling this type of plastic sheeting “use Alkemy as the main product for their construction clients.”

Projects include Israel’s growing number of highway tunnels, as well as stadiums and military installations.

“When you use a product for sealing, you want the best product there is. You don’t want there to be any breach of water or roots,” Hershcoviz explains. “We meet all the standards of the modern construction business.”

Alkemy’s potential market is large: Allied Market Research estimates the global market for building and construction plastics will be worth $105 billion by 2025. Research firm Reports and Data puts the total even higher, at $128 billion by 2026. 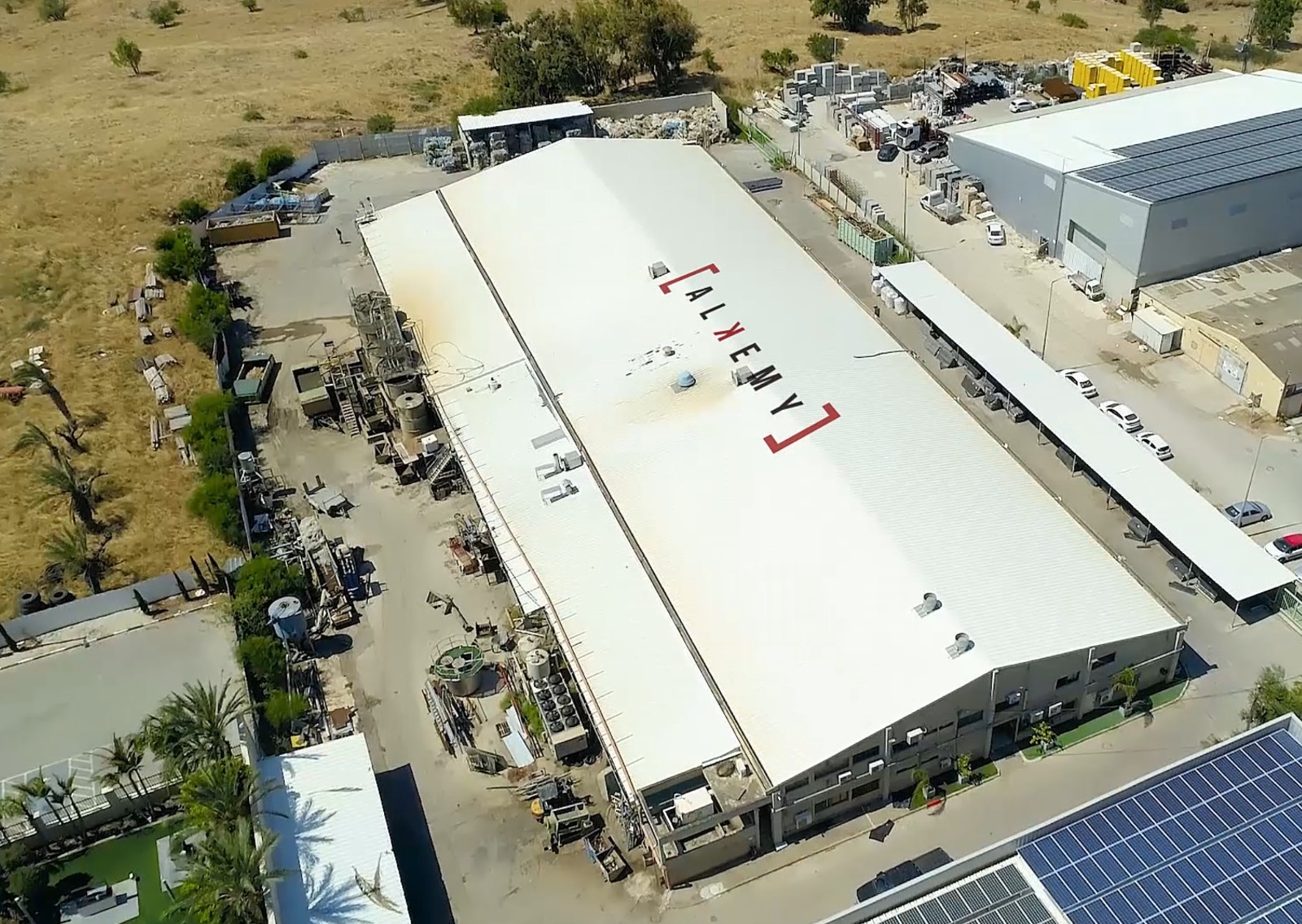 The Alkemy system strings together several off-the-shelf standard industrial machines that, when run according to Alkemy’s methodology, heat (without burning) the dirty plastic to “normalize” its texture and form before outputting it into a ready-to-make sealing product.

There’s no need to ship the raw plastic to one facility for sorting, another for cleaning and a third to fashion the end product.

With its technology and business model now proven in Israel, Alkemy aims to go public on the Toronto Stock Exchange by early 2021. The company has raised around $13 million, including some $10 million from its founders.

The company’s CEO, Shmulik Porre, was previously CEO of Tnuva’s Romanian subsidiary and CEO of Tambour, a leading chemical and paint manufacturer in Israel. Chairman of the Board Yoav Horowitz previously directed the prime minister’s office in Israel. Another Alkemy executive, Lenny Recanati, is part of the controlling interest of IDB Holding, at one time Israel’s largest investment company.

Alkemy, founded in 2016, is in the process of rebranding; its official name is still K.B. Recycling.

And its construction-ready plastic sealant products (dubbed Armadillo, Rhino, Cricket and Elephant) are “just the tip of the iceberg,” Hershcoviz says.

Alkemy’s plastic can be used for any kind of product except those where 100% purity is required – so, no food containers or baby bottles.

Alkemy, which employs 30 people, is looking to expand first to Europe. The EU has set a target calling for 60% of plastic to be recycled by 2025 and for recyclable waste to be banned from landfills. That makes solutions like Alkemy’s not only good for the planet but good for business.

Two joint ventures currently in the works include recycling business partners in France and Germany. Alkemy says its ideal solution will be to set up plants at dumpsites. 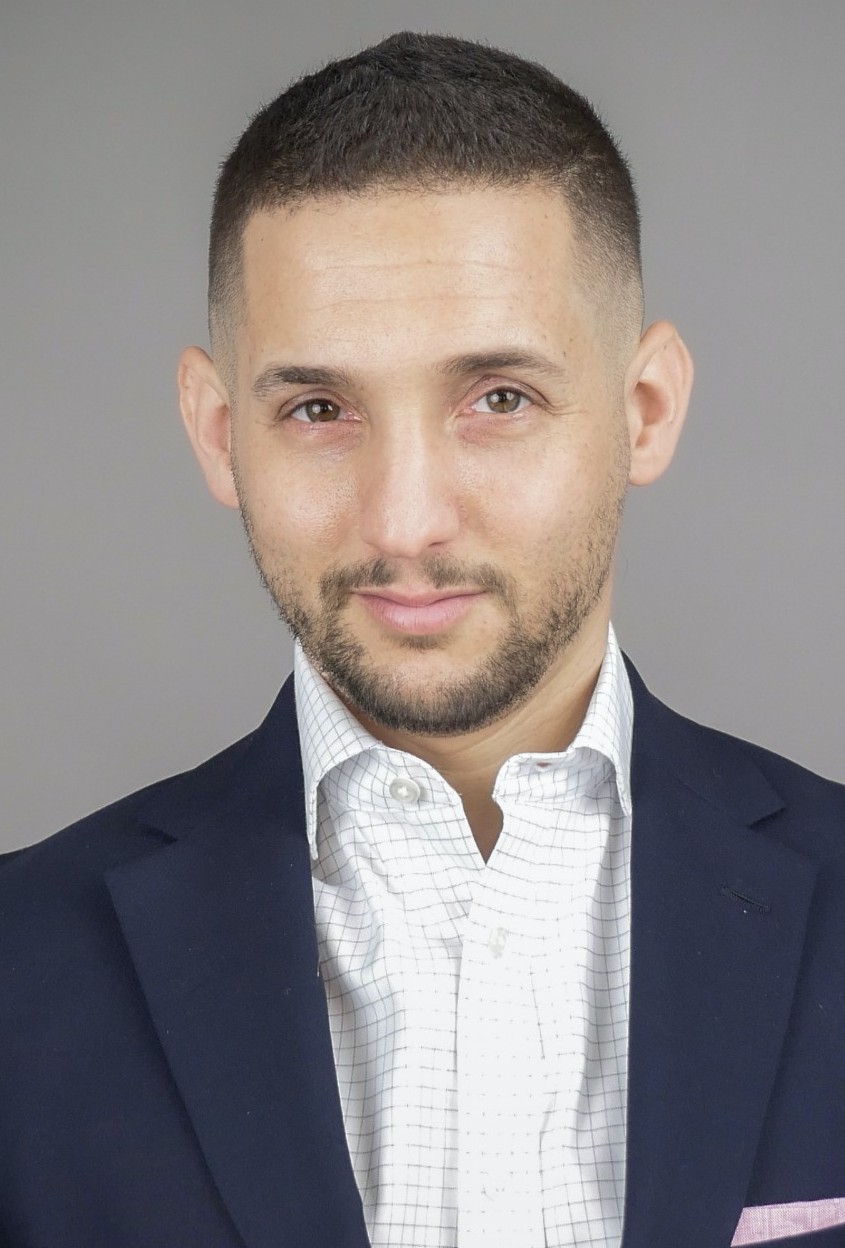 “Alkemy found a way to make dirty plastic recycling economically viable so there are no excuses for the continuous addition of plastic that pollutes our planet,” Hershcoviz says.

Part of the reason Alkemy’s system makes financial sense is that waste sent to a landfill is subject to a “tipping fee” — a tax on the disposal. Send the same plastic waste to an Alkemy system and the Alkemy partner can waive the tipping fee and share the revenue from the resulting plastic product.

A-Labs has built its consulting business around working only with Israeli startups “that can transform the ecosystem,” Hershcoviz stresses. An example: Else Nutrition, which has developed an organic vegan baby formula based on buckwheat, tapioca and almonds. A-Labs took Else Nutrition public in Toronto, too.

But it’s Alkemy that may make the biggest global impact, targeting a mostly untouched market since current plastic recycling systems work mainly with clean “virgin” plastic. And as stricter environmental regulations kick in, Alkemy’s true alchemy may be just around the bin.