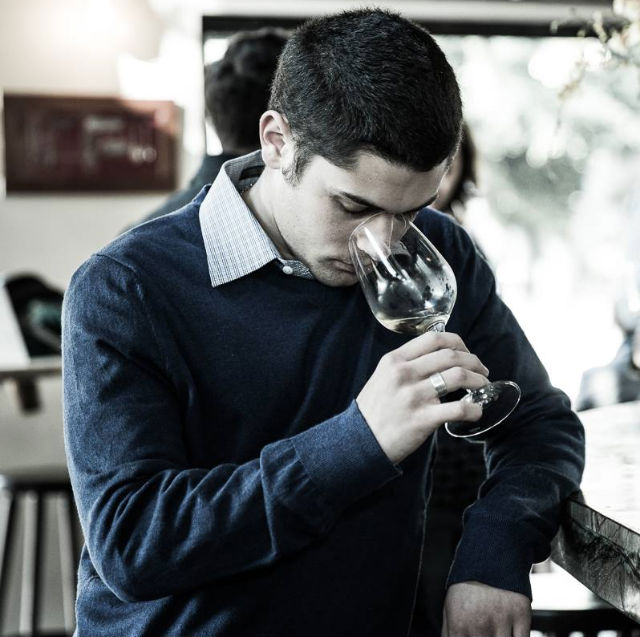 Oz Korenberg is picky about his wines.

If Israeli winemakers want their bottles featured at Jerusalem’s deluxe Mamilla Hotel, they must please the palate of one man: Oz Korenberg, who at 22 is Israel’s youngest head sommelier.

Korenberg holds the key to the Mamilla’s wine cellar – containing up to 1,500 bottles, all Israeli vintages aside from champagne — and accepts only about one of every five wines he tastes.

“A lot of wineries want to get onto my wine menu because we offer them a lot of exposure. But you have to impress me,” Korenberg tells ISRAEL21c.

As the head wine steward at a hotel that attracts an international clientele, Korenberg is often the one to introduce Israeli wines to guests with sophisticated tastes. “You have to know your customer base, and I know my customers drink expensive wines,” he says.

Since starting as a sommelier at the Mamilla in 2011, Korenberg has served the likes of former US President Bill Clinton, former UK Prime Minister Tony Blair, the Prince of Monaco, Barbra Streisand and Sharon Stone.

“A lot of cool people stay at the Mamilla,” he says. “The last time Tony Blair was here, all the managers lined up and the only guy he recognized was me. He smiled and said, ‘What are we drinking tonight?’ I was so honored.”

Every Friday evening, Korenberg hosts wine tastings (free for hotel guests, NIS 90 for others). He talks about the history of winemaking in Israel, what makes wine kosher, how to drink and store wine, how long you can drink wine after it’s opened, wine-and-food pairings and related topics. 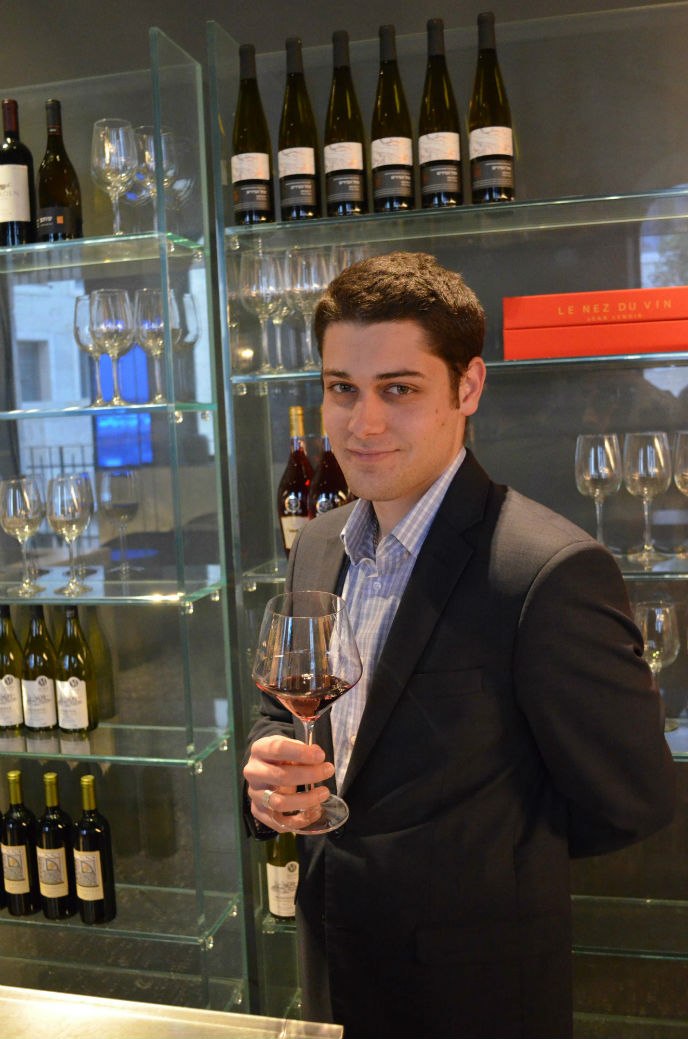 Oz Korenberg on the job.

At dinnertime, he makes the rounds of the hotel’s lounges and restaurants, offering suggestions to guests eager to try local vintages.

“I ask a few simple questions about what you usually drink, what you feel like drinking now, what you’re eating now, and my instincts will guide me. Being a sommelier is about getting the vibe of the customer, making your guests really feel comfortable and making their culinary experience perfect.”

One may wonder how a man of such a tender age, and no formal training, landed a job like this.

Born in 1992 and raised in the Jerusalem suburb of Mevasseret Zion, Korenberg decided at 15 to go live with an aunt and uncle in Florida so that he could attend an exclusive high school on scholarship. As it happens, his uncle has a 500-bottle wine cellar.

“My uncle said, ‘Sit down, Ozzie, and I’ll teach you how to drink something classy.’ He’s part of a private group that wines and dines together, and I got hooked on the combinations of food and wines the first time he took me along. We did this about once a month and I explored really expensive wines.”

Six months after arriving in Florida, the teen was diagnosed with a rare malignant brain tumor. He endured a 17-hour operation at Miami Children’s Hospital and 14 months of chemotherapy, all the while knowing his chances of survival were slim. Even now, in full remission, he is aware that the cancer could return at any time.

“What gave me hope was to go to school and stay as normal as possible and treat the cancer as a sort of really bad flu with really hardcore medication,” he says. “I had to be really strong and positive even though I was in a new school, learning a new language and making new friends. And throughout my disease I was drinking wine, because I thought I wouldn’t make it anyway.”

Coming back to Israel at 18, he found that his medical history precluded any kind of military service and he was casting about for his next step. At a soccer game, Korenberg got to talking with the manager of the Mamilla’s Mirror Bar and agreed to an interview with David Dreyfus, then the head sommelier. He started out as one of three sommeliers and got promoted in 2013 when Dreyfus departed for France.

Korenberg took a management course at the Golan Heights Winery and plans to go abroad next year to gain official certification.

One of Korenberg’s most memorable moments involved the priciest bottle in the Mamilla’s cellar.

“There was a nice group from Napa Valley staying here for a week, and they tried all the good stuff. Then the head of the group asked for something interesting, and we talked for about 25 minutes about the 2003 Yatir Forest Double Magnum. The hotel had this bottle for a few years, selling for NIS 8,000 — about $2,000.”

Korenberg assured the Californian he would not be charged if the wine was disappointing. The group popped the cork and shared it with the sommelier.

“They really enjoyed it, and it was quite a magical moment for me. It’s not about the money, but the way we talked about the wine and how it felt to win someone’s trust like that.”

Another Mamilla guest wanted to try 1989 and 1990 vintages of cabernet sauvignon, which made Korenberg nervous not only because of the combined cost of about NIS 5,000. “Israeli wines don’t age that well yet because the vines are young, so that was taking a chance,” he explains.

Sweating bullets, he eased out the corks very, very slowly with a special opener, for fear of the softened corks falling into the wine. “The 1990 was still alive and very mature, but the 1989 wasn’t alive and I didn’t want to charge him. The customer insisted on paying for it. Being honest is very important to me,” says Korenberg.

At home, he loves to experiment. “It’s fun to have so many stories, so many people, so many different wines in Israel. Promoting the Israeli wine industry is one of the most important things to me. There are about 400 wineries here now, which is a little crazy but it’s a good thing. We have great stuff.”