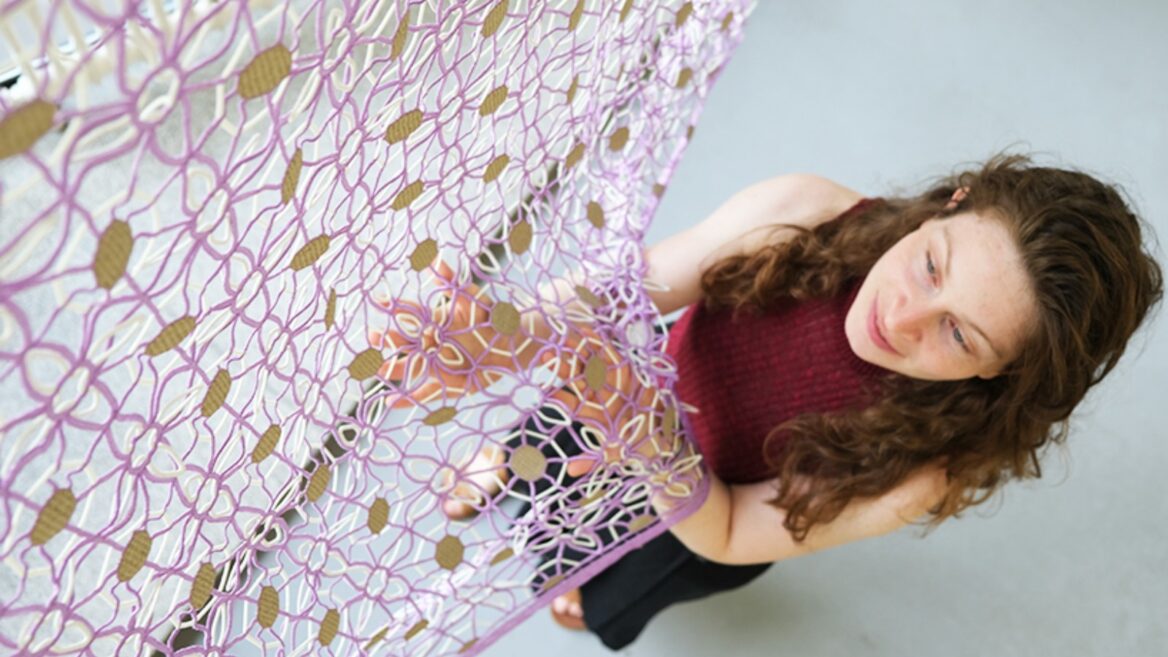 “We all wear clothes, but what benefits can they give us more than just as a cover?” asks Israeli sustainable fashion designer Ganit Goldstein.

“I believe that textiles could be much more functional than we imagine, as the process of making garments — pattern making, cutting, sewing — hasn’t changed for years,” she tells ISRAEL21c.

“If clothing will have multiple functions, the value of each garment will be higher and the production can be shifted from mass manufacturing to customized production. This could lead to consumers buying more meaningful items.”

Motivated to fill a gap she sees between the junction of art, science and industry, Goldstein created functional textiles for her master’s degree project at the Royal College of Art in London.

The result is a flower-patterned textile with an internal system of electronics.

Using existing conductive and glow-in-the-dark yarns, Goldstein and the Saurer team developed a process of layering the electronics directly into the fabric. 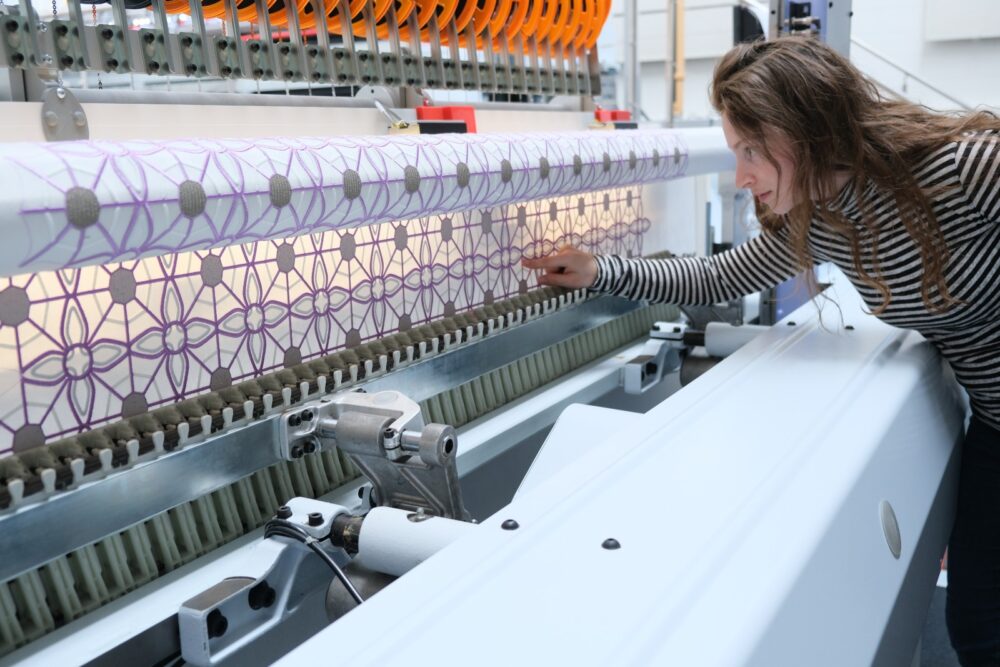 “The process of integrating electronics inside the embroidery machines has never been done on a large scale before, with more than 300 areas within the fabric that could have different functions. The piece is almost 2 meters square, with systems working both in the digital and physical spaces,” she tells ISRAEL21c. Fabric that glows in the dark. Photo by Ganit Goldstein

Integrating electronics into garments is already a thing – for example, the Jacquard by Google tag tucked into a Levi’s Trucker jacket, Adidas GMR shoes or Samsonite Konnect-i backpack enables the wearer to answer calls, play music, take photos and more, using gestures such as swipes and taps.

Goldstein hopes to take functional clothing to a new level by weaving the electronic and VR capabilities right into the fabric. 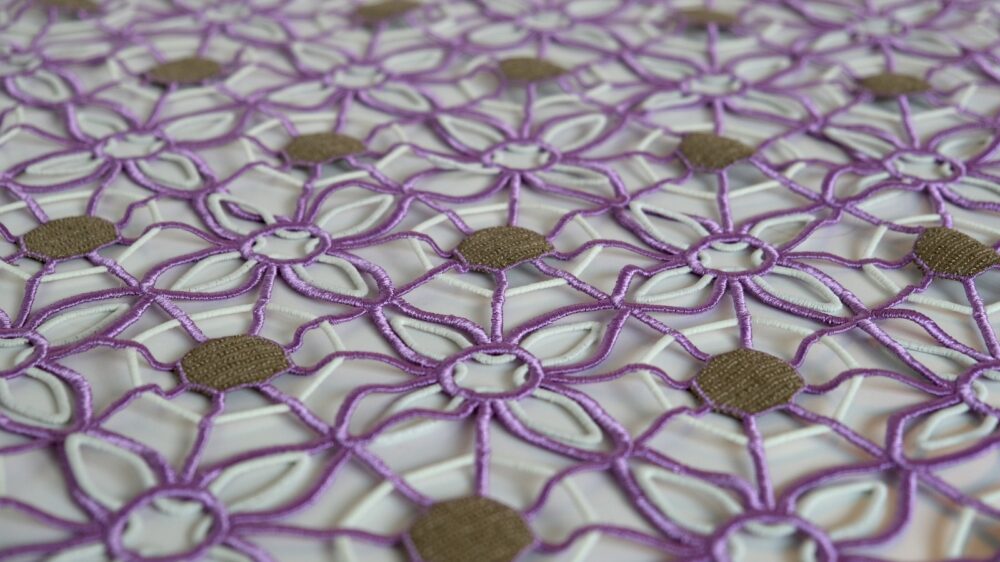 A flower-patterned textile with an internal system of electronics. Photo by Ganit Goldstein

“What’s important for me is the potential for collaborations,” says Goldstein.

A conductive garment could react with sensors that count people entering large venues. It could react to lighting conditions. It could charge your phone or accompany your singing.

“I made the fabric interactive with music, so when I touch specific places on the garment it produces the notes of the song,” explains Goldstein.

Building on her interest in how fashion and textiles can be extended to the digital space, Goldstein also developed a virtual reality (VR) interaction with the fabric.

“I used an Oculus Quest VR headset to make the digital fabric react to the movement of my hands. As my hand gets closer to the digital textile, the fabric detects this movement, and the flower shapes move up and down and change colors,” she says. “This brings VR out of gaming and into garments.”

The Bezalel Academy of Art and Design graduate is excited about the potential for textiles that react to body gestures and communicate movement, color and sound through physical hand gestures and a light system.

She will continue exploring interactive textiles this fall with the Massachusetts Institute of Technology’s computational group in architecture and MIT’s Tangible Media Group. “I’ve been exposed to the amount of damage to the environment caused by fast fashion and the poor conditions of garment workers producing items that are usually worn a few times and then thrown away to landfills,” Goldstein tells ISRAEL21c.

“By adding new dimensions to the garments, virtually and physically, the value of each garment will be much higher and therefore, reduce waste in the fashion market.”

Click here to see our previous stories on Goldstein’s 3D-printed shoes and outfits and here to read about her unique, pandemic-friendly VR exhibition of her creations.

UNCOVER ISRAEL - Get the ISRAEL21c
Weekly Edition free by email
Sign Up Now!
Bring Israel's story to life.
Millions of people around the world rely on us to gain a deeper understanding of Israel. We are the trusted source for original content you won't find anywhere else.
You can make a difference. Donate today to support journalism that brings Israel’s story alive.
SUPPORT ISRAEL21c
Read more on:   Spotlight on Israel, Israeli fashion designers, Environment, Technology, Ganit Goldstein