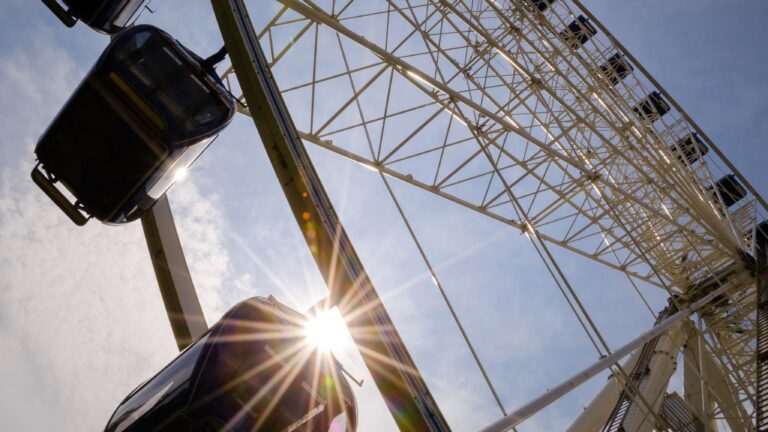 A giant Ferris wheel is set to become a part of Tel Aviv's skyline in 2014. (Shutterstock.com)

A giant Ferris wheel is set to become a part of Tel Aviv‘s skyline, as the company that operates the city’s port finalizes building plans for the ride. The 80-meter tall observation wheel, featuring 42 six-seat capsules is set to open to the public sometime in 2014.

Freij Entertainment – the company behind the London Eye – recently won a tender to build the entertainment ride at the Port of Tel Aviv.

“A Ferris wheel is one of those recreational activities which is popular among all people, of every age, and we are excited to be bringing it to the Israeli audience,” says Iris Baratz, CEO of the firm that operates the port.

Baratz noted that the port is one of the city’s main entertainment hubs and sees 120,000 visitors weekly.

In addition to seeing Tel Aviv from above, passengers will be able to watch a short movie about Tel Aviv in the capsule. Plans also call for two VIP compartments that will also serve a meal from the Port’s restaurants.

UNCOVER ISRAEL - Get the ISRAEL21c
Weekly Edition free by email
Sign Up Now!
Bring Israel's story to life.
Millions of people around the world rely on us to gain a deeper understanding of Israel. We are the trusted source for original content you won't find anywhere else.
You can make a difference. Donate today to support journalism that brings Israel’s story alive.
SUPPORT ISRAEL21c
Read more on:   News, Tel Aviv Port, Ferris wheel