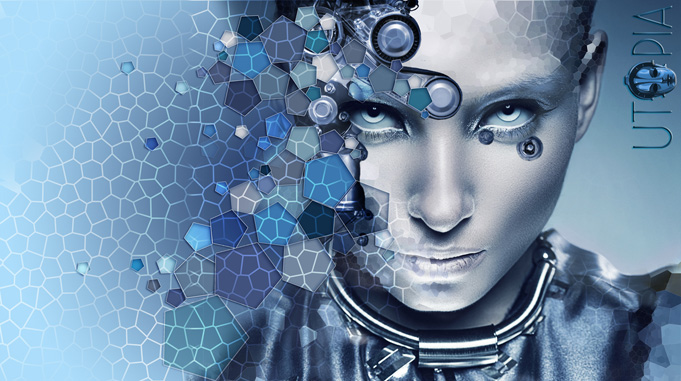 The Utopia International Science Fiction Festival is just around the corner and is set to infuse Tel Aviv with a variety of science, imagination and future vision events, conferences, micro-talk sessions, exhibits and performances. The September 13-20, 2014 lineup puts the focus on science fiction in technology and society, science and ethics, and perspectives on tomorrow.

“In a world so completely immersed in tech and totally reliant on science, there’s paramount importance for texts discussing science, technology, society and our vision of the future, and that do so intelligently, critically and creatively. That’s exactly what science fiction brings to the table – a healthy dose of both inspiration and anxiety, hope and warning, when considering tomorrow. The role of science fiction has never been more important,” says Uri Aviv, festival director.

The festival will take place at the Tel Aviv Cinematheque, Habima culture square, the Tel Aviv Museum of Art and along Rothschild Boulevard. It is the first time the event is part of Tel Aviv DLD Innovation Week.

New to the festival is the Idea Bazaar,  micro-talks and open discussions running between five and 20 minutes long.

Also for the first time, the festival will hold a Futurological Congress — a nexus of science fiction big ideas, visions of tomorrow and the extreme realities – technological and scientific, social and cultural – of our times.

Notable guests taking part in the happening include Shaked Berenson , Producer and film-exec, co-founder of Epic Pictures; Johannes Grenzfurthner, an award-winning artist, writer, and director; and Guy Hoffman, an assistant professor in the School of Communication at IDC Herzliya and co-director of the IDC Media Innovation Lab.

UNCOVER ISRAEL - Get the ISRAEL21c
Weekly Edition free by email
Sign Up Now!
Bring Israel's story to life.
Millions of people around the world rely on us to gain a deeper understanding of Israel. We are the trusted source for original content you won't find anywhere else.
You can make a difference. Donate today to support journalism that brings Israel’s story alive.
SUPPORT ISRAEL21c
Read more on:   News, robots