Only two weeks ago, Israelis voted the photo of Maccabi Tel Aviv’s 1977 European Cup Basketball Championship as one of our most iconic images. And this past Sunday night, victory happened again, and all of Israel poured into Tel Aviv’s Rabin Square for a joyous celebration following Maccabi Electra Tel Aviv’s 6th Euroleague win over Real Madrid. 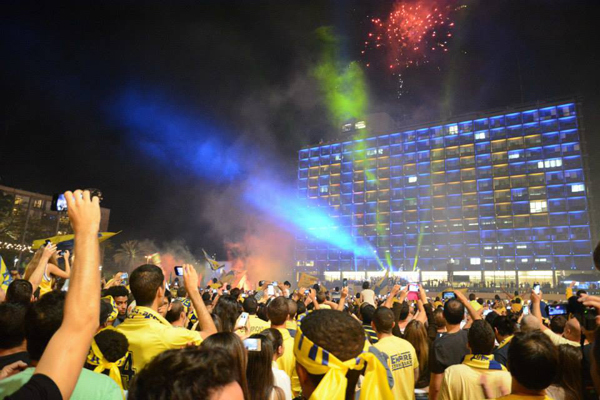 The party continued on Monday night with music, lights and fireworks, and photographer Mario Troiani was on hand to document the festivities. 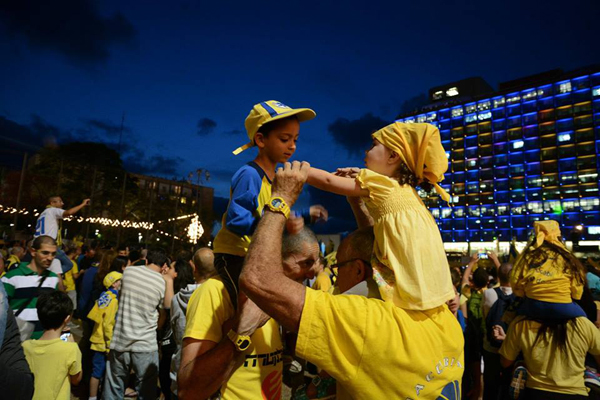 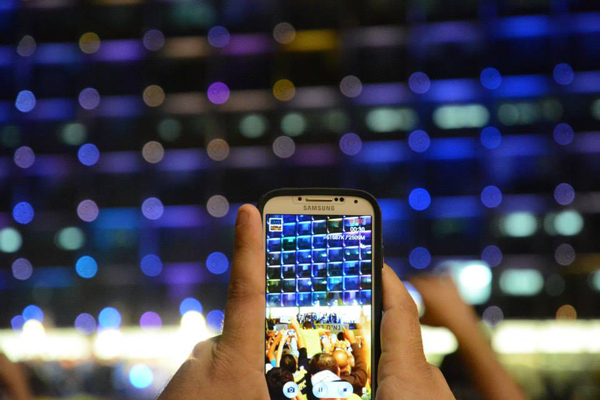 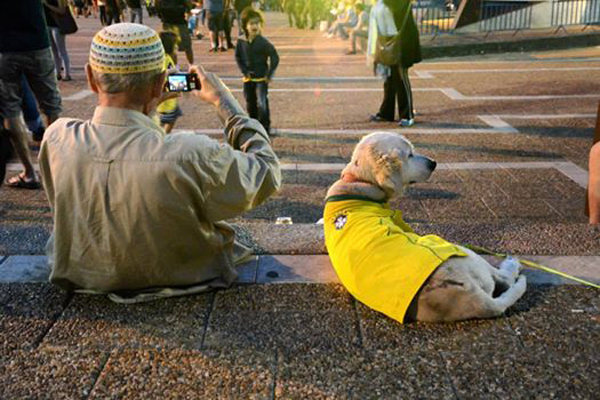 Ironically, our mad celebrations take place in the shadow of Yigal Tumarkin’s Holocaust Memorial and in the same place where Prime Minister Yitzhak Rabin was assassinated in 1995. But that irony is part of our existence. Only two weeks ago, we honored the fallen soldiers and victims of terrorism on Yom HaZikaron, the Day of Remembrance, which was followed, as always, by the upbeat spirit of Yom Ha’Atzmaut, Israel Independence Day. 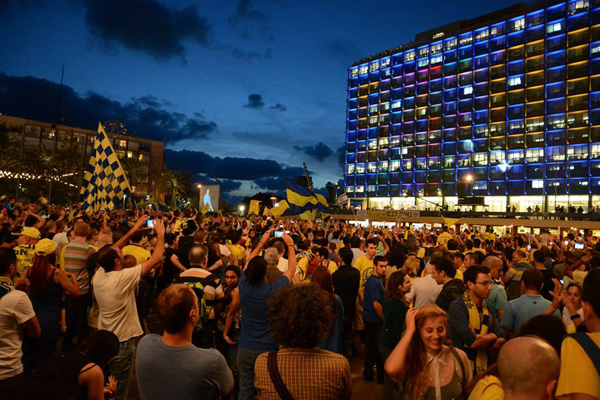 The Yom Ha’Atzmaut mood seemed to have carried over into Sunday and Monday night’s celebration of national pride in Maccabi Tel Aviv. 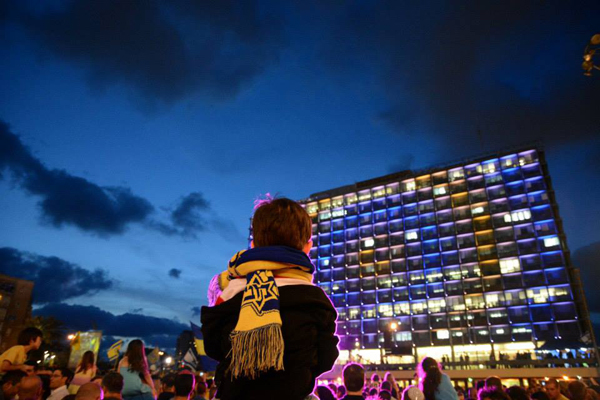