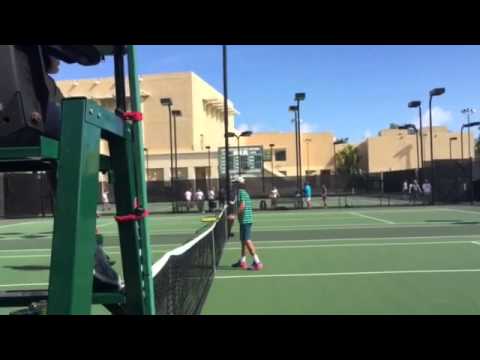 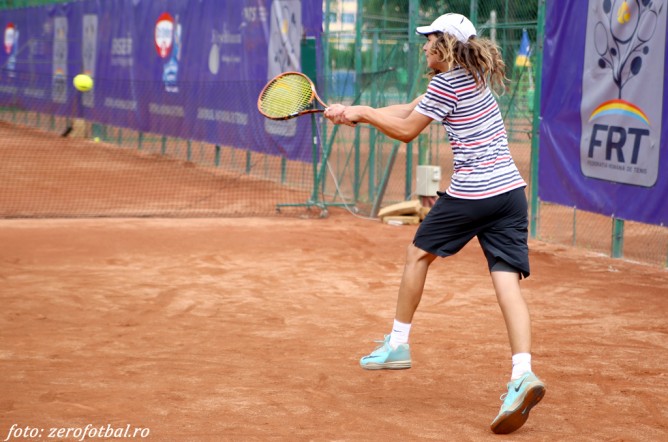 Keep an eye on Israeli teen Yshai Oliel on the world’s tennis courts.

With his signature long brown hair flowing from under his cap, Israeli teen tennis sensation Yshai Oliel captured his second Junior Orange Bowl title in two years. He bested Taiwan’s Chen-jui Ho in the finals of the international tournament in Florida on December 23, becoming only the ninth male in its 53-year history to win both the Boys 12 and Boys 14 title.

Yshai went into the tourney in first place and is widely expected to be Israel’s next Dudi Sela or Andy Ram.

The Junior Orange Bowl previously launched the careers of tennis greats Jimmy Connors, Andy Murray, Jennifer Capriati and Monica Seles. Israel’s star player Shahar Pe’er won the girls under-14 title in 2001, but no male teens from Israel ever took first place in any division until Yshai’s victory in 2012.

In an interview with ISRAEL21c two years ago, the young Ramle resident said he also likes soccer, basketball, table tennis and swimming. However, he favors tennis because it’s a solitary sport.

“I like that I play alone, that it’s all up to me,” said Yshai, who took up tennis at age five and practices three hours a day, five days a week, in addition to three weekly gym sessions with a personal trainer.

“This is an amazing achievement by a talented and modest player who brings honor and pride to the city and to the State of Israel,” Ramle Mayor Yoel Lavi told Ynet.

UNCOVER ISRAEL - Get the ISRAEL21c
Weekly Edition free by email
Sign Up Now!
Bring Israel's story to life.
Millions of people around the world rely on us to gain a deeper understanding of Israel. We are the trusted source for original content you won't find anywhere else.
You can make a difference. Donate today to support journalism that brings Israel’s story alive.
SUPPORT ISRAEL21c
Read more on:   News, Sports, tennis, Yshai Oliel, Junior Orange Bowl