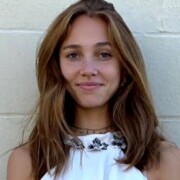 It’s every traveler’s first thought: Can everyone here tell I’m not a local?

I know we all think it, but have you ever actually asked?

I decided to go out and see if Tel Avivians can spot visitors like myself. And if so, how?

Starting with the obvious, is there a certain way to dress?

Before setting out on my escapade of interviews I scrutinized my outfit. Should I wear locally bought jewelry? What t-shirt can I wear that doesn’t look too “American?”

It was as if I wanted to prove my ability to fit in as a local simply with my outfit.

Oh, how I failed.

As it turns out, Tel Aviv is home to such a diverse array of personal styles that no one stands out because no one fits in. Everyone dresses differently. 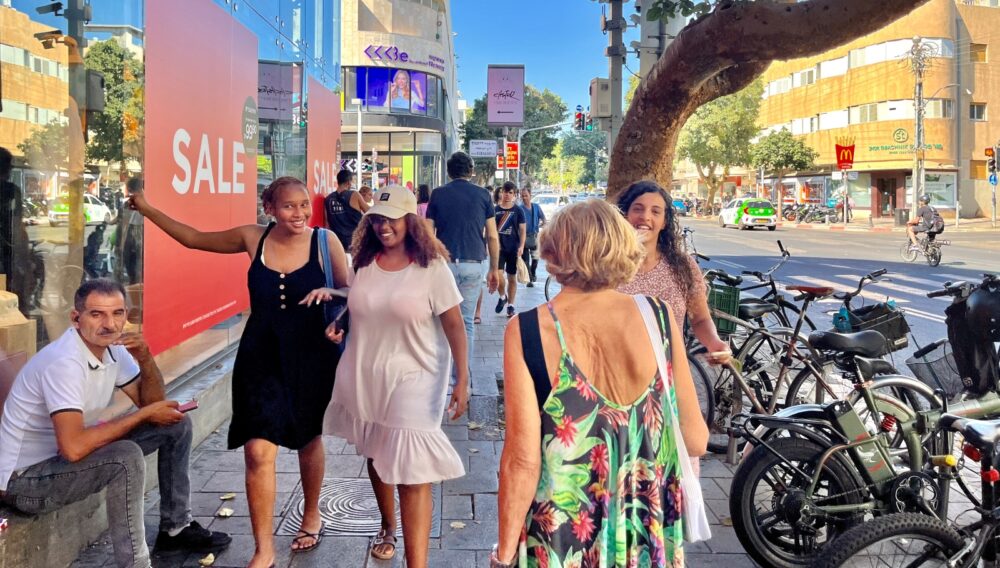 Everyone in Tel Aviv dresses differently. Photo by Samantha Baron

When I asked one man about my outfit he said, “I think you could be from Tel Aviv because everyone dresses so crazy here. There are a lot of different styles. My only advice would be to wear a tank top.”

It’s also worth noting that Tel Aviv is a progressive metropolis, unlike other more traditional Israeli cities.

“I’m from Rishon [LeZion] and if you went to that mall in this same outfit, you may be able to tell you are a foreigner,” said one interviewee.

But for Tel Aviv, the consensus remained: “You can kind of tell by behavior but not by the way someone dresses,” which brings me to my next category.

Behavioral differences between locals and international visitors are no surprise.

As an American, I usually assume that everyone else thinks I am too loud, and if I’m being honest — I probably am.

One local said, “If someone is looking at everything with a lot of excitement, they’re a visitor. No one does that here and that’s also easy to spot. If I saw you walking around very excited to be in this mall, it’s a certain vibe, I can tell.”

Aside from appearing excited, you can also appear too nice.

“You look foreign because your face is more gentle,” the interviewee said. She continued, “Israeli people are straighter in the face. Israelis walk straight forward and if we want something we get it. Travelers are more naive.”

If clothing style doesn’t matter and if I were to behave like a local, what role does my appearance play in whether Tel Avivians could mark me as a tourist?

“We don’t have blondes here,” said one local, although it’s not actually true. 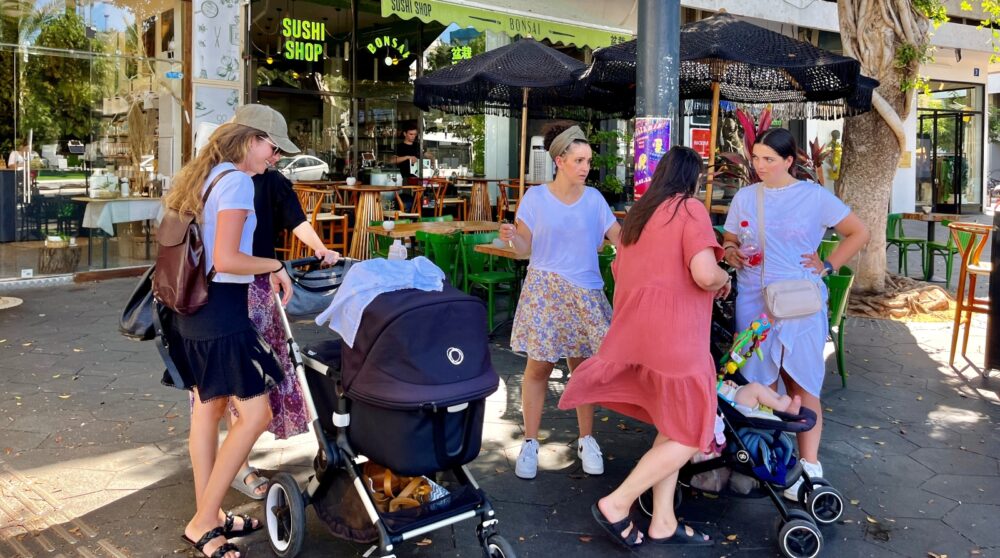 This picture proves there are blondes and brunettes in Tel Aviv. Photo by Samantha Baron

He continued, “I never see blondes so I don’t think you look Israeli but you don’t look American. You could be from Switzerland. You look like all of the European girls around here. The Americans have darker and straighter hair.”

Ironically, I’m Israeli and American. My Savta, not only from Israel but blonde, disproved his claim about Israelis and blondes. My light and very curly hair then contradicted his assumptions about Americans.

One interviewee switched up the question. Rather than telling me how to pick out foreigners, he explained how a foreigner could find the locals.

“The guys with small glasses and huge hair, those are the hipsters of Tel Aviv. They’re what all the girls want and those guys are usually locals, they have a very popular look.”

His second give-away tip was location-oriented. “If you walk down to Dizengoff Square at around 7 to 8pm, huge groups of Israeli men from around here crowd those bars.” 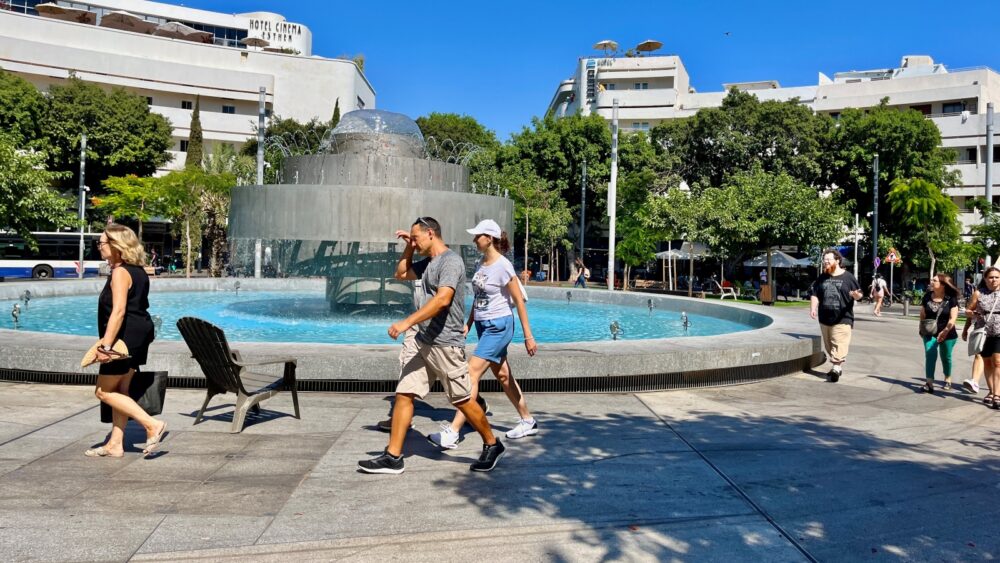 While most of these statements were probably based on general assumptions, they led me to conclude that despite preconceived notions, there might not be one certain and undeniable look to someone based on their nationality. 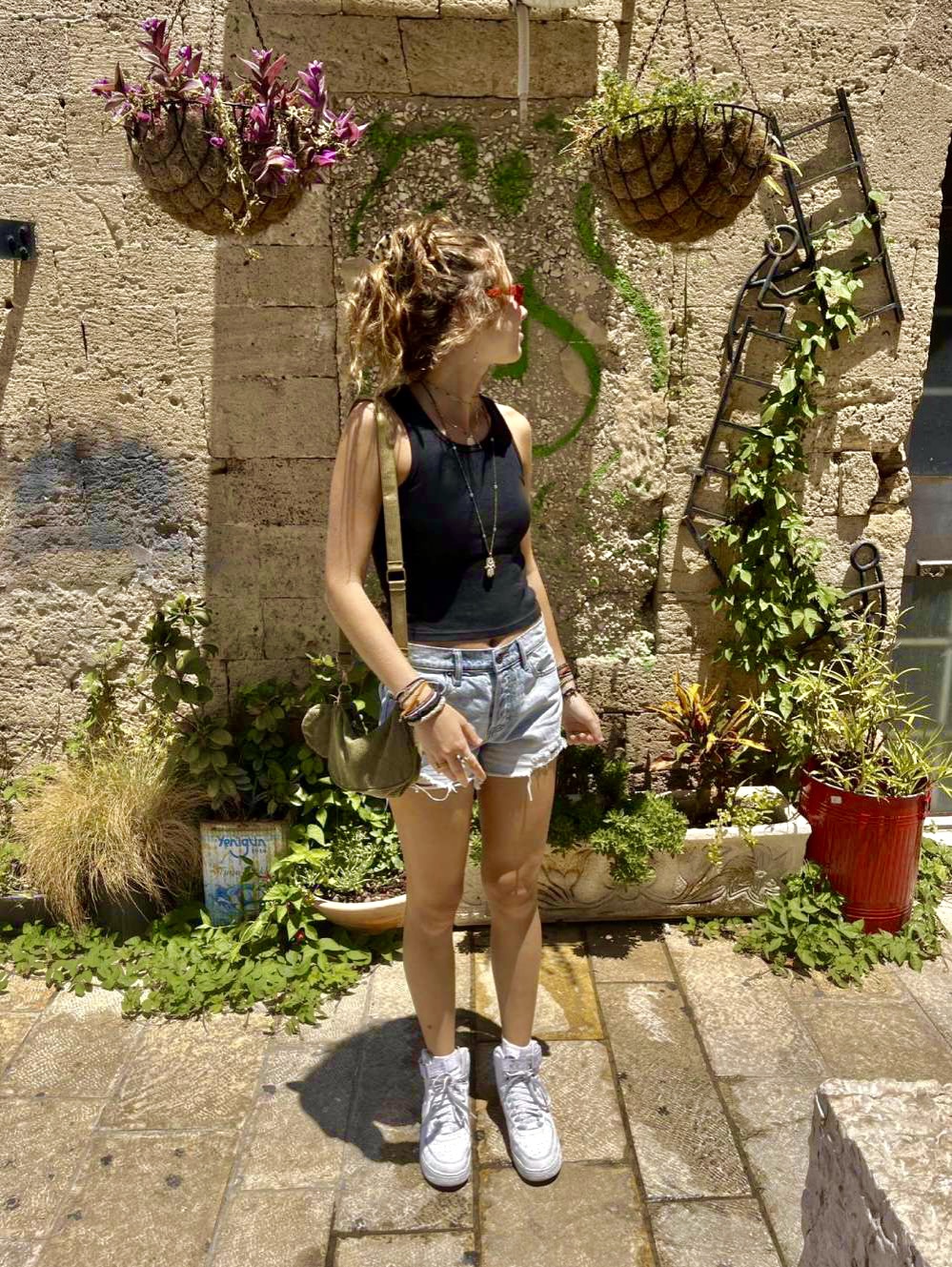 Can you tell that Samantha Baron is not a Tel Aviv resident? Photo by Gyle Israel

One of the first interviews I initiated (I assumed they were Israelis) told me they were Argentinian and had only landed in Tel Aviv three hours prior.

As one local put it, “I have no advice for blending in here because there’s nothing wrong with being a foreigner.”

He was right. Isn’t this what we surrender and acknowledge the moment we decide to visit another country?

The cultural, political, historical and social constructs are so different that naturally, everyone grows up and learns how to live differently.

But so what? That’s the point of humanity. So long as you respect the locals in the country you choose to visit, remove any worries about fitting in or looking like a local because you’re not – and that’s okay!