The 15 New Yorkers who came to Israel for an October “InnovatioNation” tour with the Westchester chapter of the American Jewish Committee (AJC) didn’t spend a lot of time at classic tourist sites such as Masada.

Most of them had already been to those places, and were ready to delve into more behind-the-scenes aspects of Israel — from the multinational Bialik Rogozin school in South Tel Aviv to the Jacob Blaustein Institute for Desert Research at Sde Boker; from cutting-edge companies like Urban Aeronautics to startup incubators like The Hub TLV.

“This is my eighth trip to Israel, and I’ve always done the usual things,” George Bruckman tells ISRAEL21c. “I got tired of the hospitals and the schools and the social agencies. Then I read the book Start-Up Nation and couldn’t put it down. When I read about this trip, I felt it was a must for me,” says the Tuckahoe, NY, resident.

The trip, which was implemented by Keshet: The Center for Educational Tourism in Israel and guided by Marty Friedlander, was conceived as an appropriate way to cap off a regional five-year AJC initiative, “Israel … New Perspectives,” designed to deepen the members’ familiarity with Israeli culture, diplomacy and business.

“We brought Israelis to our region from the literature, film and wine industries,” explains AJC lay leader Judy Rieger of White Plains, NY. “We envisioned it as a five-year program, and as we approached that mark we decided that instead of bringing Israel to us, we should come to Israel.” 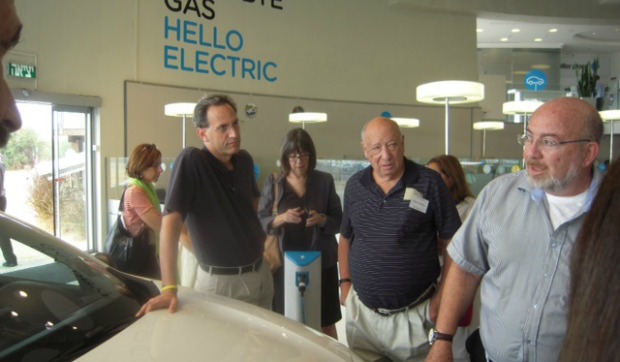 Working with Keshet and relying heavily on ISRAEL21c coverage to choose points of interest, Rieger says her goal was to build enthusiasm for the Jewish state.

“I wanted people to be excited about Israel – more excited than they were beforehand – and to be enthusiastic about exploring more aspects of Israel and AJC,” she says.

Some of the participants have been involved with AJC for years, some are brand-new board members and others have no affiliation with AJC. “Two couples came as a result of a book club in our area that read Start-Up Nation,” says Rieger.

“We’re very inspired by the startup spirit here and the culture that allows it to thrive, whether it’s Better Place [electric car network] or Hadasit [technology transfer company for the Hadassah Medical Organization]. “It’s been eye-opening and fun, and has spurred many wonderful conversations.” 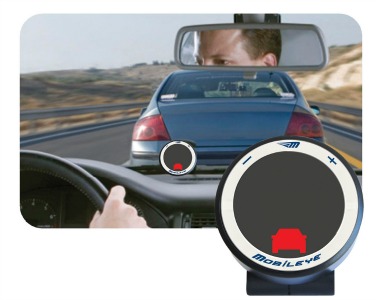 The group stopped at Herzliya to meet with Gemini VC Fund’s Ed Malevsky. They visited Evogene, an agri-tech startup involved in crop development for extreme climates. They heard from Arava Power co-founder Yosef Abramowitz, a global pioneer in solar energy, and they explored some of the challenges and triumphs in Israeli-Palestinian environmental cooperation at the Heschel Center for Environmental Learning and Leadership.

“I’ve been very impressed by the academic backgrounds, command of language, maturity and dedication of the young people we’ve met,” says Bruckman.

The group also visited Verisense, a Jerusalem-based high-tech company that is working to build up the ultra-Orthodox work force; the Negev Solar Energy Development Center; and Mobileye, developer of vision-based automotive safety systems.

“Wherever we’ve gone, we’ve really tried to find that kernel of what is Israeli about this particular company,” says Rieger. 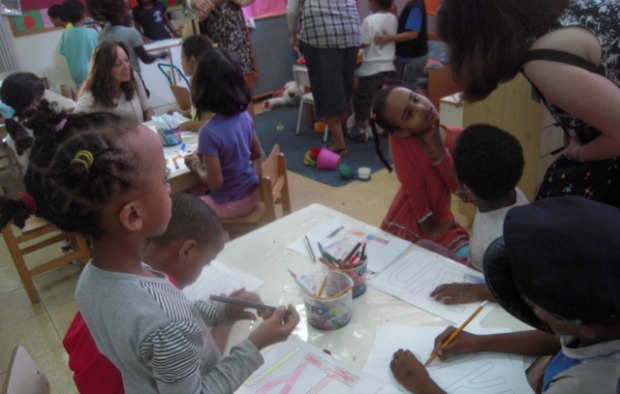 Some conventional touring was on the agenda as well: the Israel Museum, the Tower of David sound-and-light show, Old Jaffa and the Tel Aviv Museum of Art, the Ayalon Institute pre-state clandestine munitions factory, Jerusalem’s Machane Yehuda open market, wine-tasting at Tzora Winery and a drive through the Elah Valley, setting of the ancient clash between David and Goliath.

“What grabbed my attention most were two biotech companies — Evogene and Hadasit,” Harriet Schleifer of Chappaqua, NY, tells ISRAEL21c. “Both of those are relevant to my life because my husband is in the biotech industry.

“I’ve been here several times and I love the country,” she continues, “but typically we tend to see historical and archeological sites. This was a total change of pace, and it fit very well into our AJC mission in the Westchester area — to showcase the achievements of Israel and not have Israel simply be either a victim or an aggressor.”

Rieger explains that the stop at Bialik-Rogozin was added because AJC Westchester screened the Academy Award-winning documentary about the multiethnic school during its Jewish Film Festival last spring.

“Our visit to the school gave us a unique window into the immigration and educational issues in today. Although only a few of us had seen the film, everyone was enriched by the experience and impressed by the programs, staff and amount of volunteer effort that goes into making the school successful.”