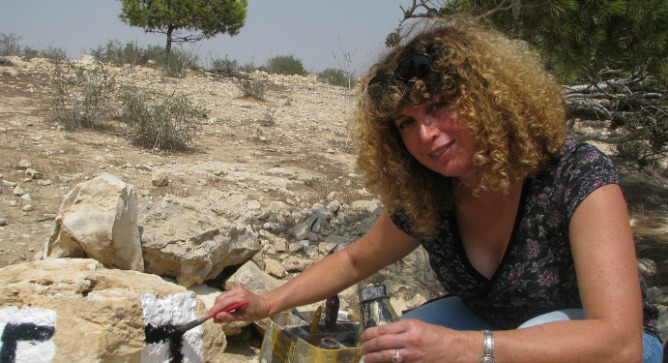 While hiking during a 2007 teacher’s strike, several Beersheva teens came across ruins of water cisterns dating to Byzantine times (330-1453 CE). Excitedly, they ran to the local office of the Society for the Protection of Nature in Israel and urged SPNI community manager Ronit Zeevi to plan something big with their find.

Fast forward five years, and the outgrowth of the students’ discovery is a new hiking and biking “ring trail” around the city of Beersheva that just won a special award from the European Ramblers Association in its annual ECO-Award competition.

“There are so many archeological and nature sites here, so we thought, why not make a trail around Beersheva so people who know nothing about the region can come and learn?” Zeevi tells ISRAEL21c. “We met with the municipality and all the other groups that have something to say about it.”

Planned out and marked in 2008 by SPNI’s Israel Trail Committee and dedicated by Beersheva Mayor Ruvik Danilovich earlier this year, the Round Beer Sheva Trail (RBST) is Israel’s only city-encompassing path. Its unusual urban-environmental model is what prompted Trail Committee members Gal Hart and Ohad Kohavi to nominate it for the ECO-Award.

“The trail passes just 200 to 300 meters from some neighborhoods, and brings people past the Negev Brigade Monument; Neve Menachem, where a new stadium is being built; and an area with unique flowers where we hope to make a small nature reserve,” says Zeevi. 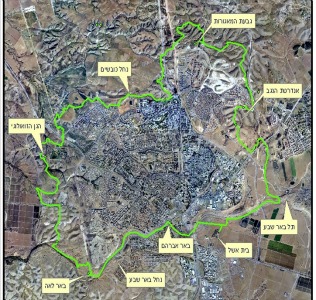 “In the west it passes next to the Zoological Garden, in the south through what will be a huge park on the Beersheva River and the Beit Eshel historical site, in the east not far from the Tel Beersheva Archeological Park, and in the north next to [the suburb of] Omer. It touches history, archeology, urban sites, nature, water, trains … everything.”

A joint effort on the part of the city of Beersheva, the Israel Nature and National Parks Service, the Jewish National Fund, the Antiquities Authority and the Israel Trail Committee, the RBST is open to the general public but is intended primarily as an educational and activity focus for the 195,000 residents of Israel’s seventh-largest city, which is also known as the “capital of the Negev.”

“Beersheva involves children in ecological activities in the community,” Hart tells ISRAEL21c. “Now they can go on school trips to explore this area, which was impossible before because it was not marked. The children helped pave the trail with stones, so they are involved personally. It’s part of them and they want to preserve it.”

Adds Zeevi: “A lot of schools ‘adopted’ parts of the trail, and the kids went with their parents on special days to explore it.”

The structure allows for adding additional loops as well as spurs connecting the ring trail to two smaller existing trails around the city, Hart says.

“We want to add about 35 kilometers for hiking and biking in two years’ time, and we have a dream of connecting it to the Israel National Trail” approximately 18 miles from the RBST.

Digitized maps of the route will serve as a guide for environmentally responsible expansion, says Hart, who is also Beersheva’s city planner. 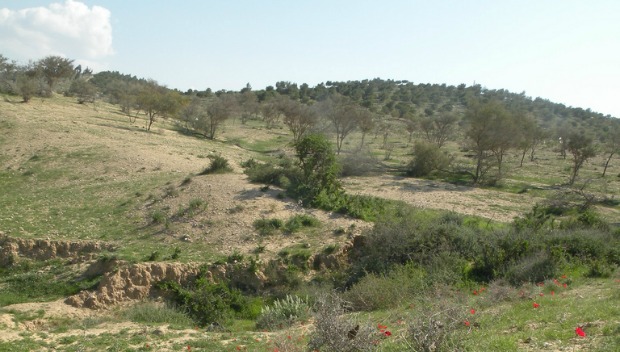 “I organized it as a space, not just marks on stone, because I understand the city will grow, and to preserve the quality of open spaces we decided the RBST could be green belt around the city,” he explains. “Anyone building in this area must take into account the trail, which has become a planning tool.”

The planners took care to make use of existing topography and paths, rather than building special new bike and hiking routes, and to use elements and sites along the route to create centers of activity. Hart says the RBST includes parallel biking routes in many parts, and a few areas where 4×4 vehicles are permitted.

The route’s current length of 42 kilometers (26 miles) could make it a perfect setting for a marathon, says Zeevi, but since it is difficult to traverse in a single trip, the trail is divided into five separate routes marked clearly in different colors.

UNCOVER ISRAEL - Get the ISRAEL21c
Weekly Edition free by email
Sign Up Now!
Bring Israel's story to life.
Millions of people around the world rely on us to gain a deeper understanding of Israel. We are the trusted source for original content you won't find anywhere else.
You can make a difference. Donate today to support journalism that brings Israel’s story alive.
SUPPORT ISRAEL21c
Read more on:   Travel, Explore Israel, Environment, Beersheva, Hiking in Israel