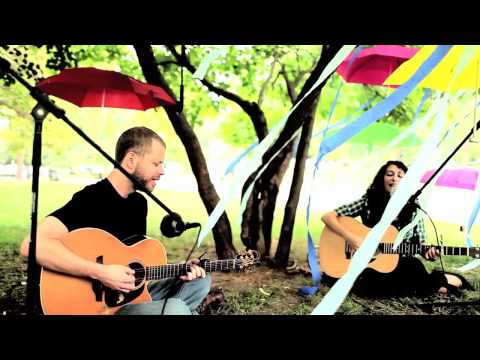 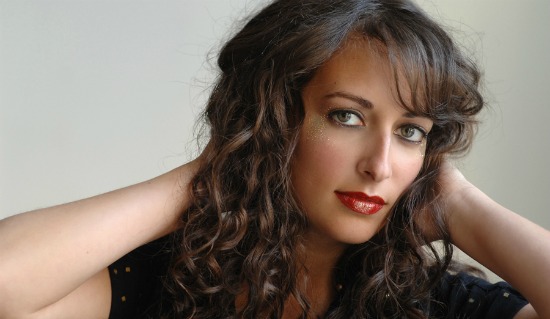 Rosi Golan’s soulful tunes have been featured on TV shows and movies including One Tree Hill, Grey’s Anatomy, Private Practice and Dear John.

The scene is 2001, a couple of weeks after 9/11. Rosi Golan, just shy of 21 and grieving the recent death of her grandmother, is driving in Los Angeles. A radio ad hawks a sale at Guitar Center and she finds herself heading there. Picks a pretty but pricey instrument, leaves a down payment and continues on her way.

How she got from there to making her living as a singer-songwriter “is a long, odd story,” the Israeli-born Golan tells ISRAEL21c.

“I haven’t really ever shared this,” she confides, “but I had certain experiences that led me to believe it had to do with my grandmother guiding me.”

After plunking down her deposit, Golan goes to her job as a production assistant for a TV game show, Friend or Foe. That day, the contestants are psychics. One of them sits next to Golan and says, “You recently put a guitar aside.” Golan figures she saw her in Guitar Center. But the stranger continues: “Your grandmother just passed away.”

That got Golan’s attention. “We had an intricate conversation and she told me my grandmother said I needed to buy that guitar and it would change my life. It’s been 10 years, and I still feel my grandmother is watching me.”

Well, how else to explain how someone with no musical training came to sell her sweet, soulful tunes to commercials, TV shows and movies including One Tree Hill, Grey’s Anatomy, Private Practice and Dear John?

Marie Claire magazine describes Golan as having “a honeysuckle voice.” Celebrity-watcher Perez Hilton calls her addicting and reports that he can’t stop listening to her 2011 album, Lead Balloon.

Now residing in Williamsburg, Brooklyn, Golan lived for the first five months of her life in the Israeli seaside city of Netanya. Then she moved to Europe with her parents. At six, she and her mother moved back to Netanya, but two years later they decamped for LA. 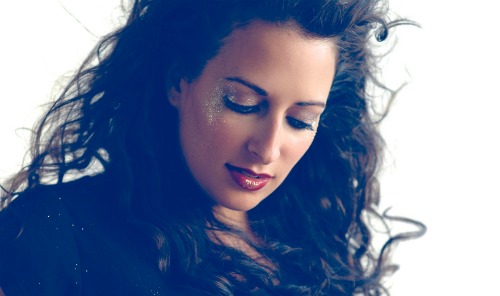 “I went back to Israel every year for summer and winter breaks, to see my grandmother, my cousins and my former classmates from first and second grade,” she says. “Even though I’ve lived in the States for 21 years, I still consider myself Israeli first. It’s where I was born, and I connect to it, although I am American as well.”

However, she says, it’s not her Israeliness that informs her music so much as her frequent moves as a kid.

“I was always on the move, traveling, and it seeped into my lyrics. My first album, The Drifter and the Gypsy, has very transient images. I’m on the cover holding a suitcase, and all the songs have a theme of going away or traveling. I didn’t even notice till someone pointed it out.”

Once she bought that first guitar, a neighbor taught her how to play three chords. “Then I kind of just lost myself for many hours a day trying to figure out how to play chords and sing at the same time. For me, it was like patting your head and rubbing your stomach at same time,” she relates.

Mom stood by her

Six weeks later she played her first composition for a vocal coach who was a family friend. The coach liked what she heard and took Golan to an open-mike night. “I think my lips quivered the entire time I performed. It was the most terrifying thing I’d ever done, but I couldn’t wait to do it again.”

That’s what she did for the next year or so before heading to New York and meeting her manager, David Margolis, whom she credits with her success. He encouraged her over the next six and half years to keep writing.

Her mother was also supportive, which Golan finds remarkable. “No mother wants to see her daughter busting her ass in a restaurant 12 hours a day, which is what I was doing for a long time,” she says. “But I kept pushing on because I had a feeling it was going in the right direction.”

The big break came when her song “Shine” was chosen for an internationally aired Pantene commercial in 2008. The royalties allowed her to record her first disc, and just as importantly, “my family in Israel and France got to see the commercial over and over, which was awesome and validated what I was doing.”

“The kind of music you hear on television and movies is mostly singer-songwriter music that speaks from the heart,” she says. “The scenes you see with those songs are often sad or traumatic or romantic, and those emotions are addressed lyrically in my music.”

She’s been on tour in Europe and the United States lately, and was last in Israel a couple of years ago for a wedding. “I haven’t performed in Israel, but I want to very much,” she says.

UNCOVER ISRAEL - Get the ISRAEL21c
Weekly Edition free by email
Sign Up Now!
Bring Israel's story to life.
Millions of people around the world rely on us to gain a deeper understanding of Israel. We are the trusted source for original content you won't find anywhere else.
You can make a difference. Donate today to support journalism that brings Israel’s story alive.
SUPPORT ISRAEL21c
Read more on:   People, Music, Art in Israel