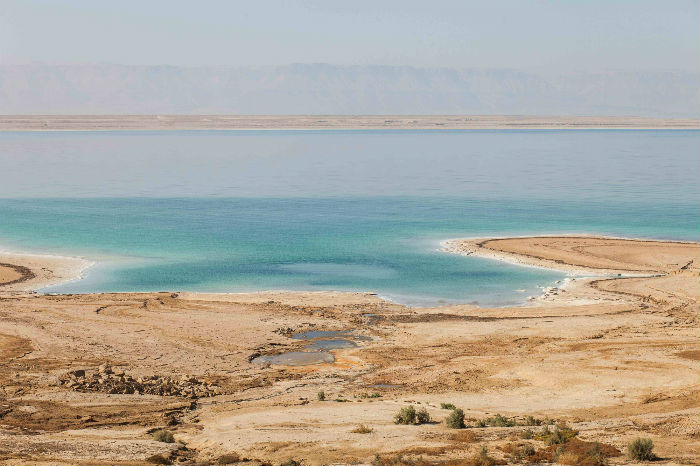 The big, fat and sometimes slow American housefly has nothing on houseflies in hot Middle Eastern countries, like Israel. Middle Eastern flies are small, fast and arrive in swarms.

This summer, fly swarms have become so bad on both sides of the Israel-Jordan border around the Dead Sea that people are staying indoors. So now Israelis and Jordanians are banding together to rid themselves of the problematic pest, thanks to the eco-peace group Friends of the Earth Middle East (FoEME) and its existing partnerships with municipalities in both countries.

“‘Flies for peace’ sounds kind of silly, but it really is serious stuff that deals with the economic welfare of both sides suffering from an infestation of flies from inappropriate methods of agriculture,” FoEME Israel Director Gidon Bromberg tells ISRAEL21c.

“The flies have a big impact on tourism and the spread of disease. You simply cannot go outside. If you go out with a plate of food you are flooded with flies,” Bromberg explains.

It appears that the problem started with Jordanian use of raw chicken manure as an organic fertilizer, which attracts and feeds breeding flies when it is spread before being composted.

In the past, says Bromberg, the farmers had used pesticides to solve the problem but these substances stopped being effective. With cooperation from both sides, farmers will get the skills and knowledge to swat out the problem, according to FoEME.

The group is building a model farm in Jordan, which will become a place for exchanging knowhow and formulating a plan of action. “When the manure is composted the flies are no longer attracted to breed there, and it actually makes better fertilizer,” Bromberg asserts.

Meetings with experts have already started, and there will be further meetings next month, he tells ISRAEL21c.

Bromberg, a former lawyer who turned his efforts to making peace through shared environmental concerns, says this project has important political ramifications.

“This unique project was created through a rare convergence of local interests, of shared agricultural-economic problems disturbing the communities of the region,” he says.

“Under the common need to solve residents’ problems, the project constitutes a bridge of local cooperation that should not be underestimated these days.

“We hope that the model farm can be the basis of a continuous link between Jordanian and Israeli decision-makers and will greatly improve relations between the two parties at local and regional levels.”

The region in Jordan affected by the swarms is the South Ghour municipality, which runs about 80 miles along the Jordan Valley from the Mujib Bridge in the north of the country to Al Gheibah area in the southern region. About 40,000 Jordanians live there, according to FoEME.

Agriculture is mainstay for these Jordanians.

On the Israeli side, the region affected is the Tamar Regional Council, which runs along the Dead Sea. It has a small population of only 1,300 people, but about a million tourists visit the Tamar Region, and many desert plants and animals call this place home.

Both regions have already been water partners through an existing FoEME program called Good Water Neighbors, and now in effect they are working as partners in peace against the pesky flies.

“This project is one of many collaborations we do with our neighbors and friends in Jordan,” said Tamar Regional Council Dov Litvinoff. “This activity indicates a desire for mutual contribution between the parties, and we hope this will serve as a spotlight for future cooperation also on a national level.

“I also believe that this project will significantly improve the output of crops among the inhabitants of the region – Israelis and Jordanians alike,” he added.

Israel and Jordan signed an official peace declaration in 1994.

The goal of FoEME is to create a tripartite organization with leaders from Israel, the Palestinian Authority and Jordan to make real peace through solving real world problems, together.

Click for more about Friends of the Earth Middle East.