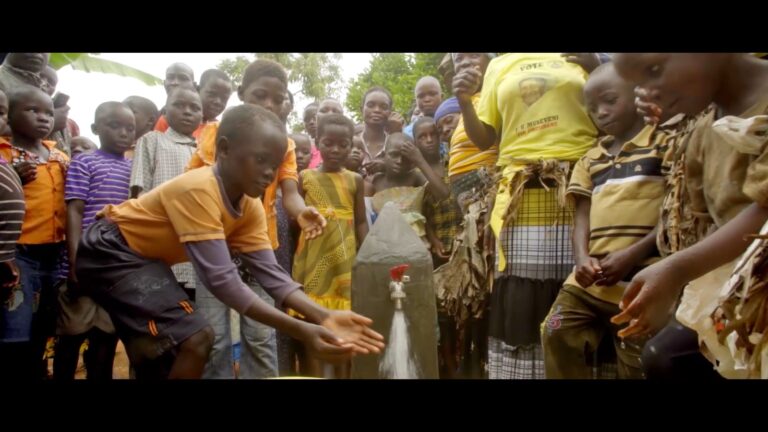 A screenshot from “Sustainable Nation” by Imagination Productions.

“Sustainable Nation,” a documentary that follows three Israeli innovators applying Israeli water technology solutions to help water-stressed countries, will premier live online on April 26 at 2pm EDT/11am PST/9pm IDT. It will be available on YouTube until May 2 and then on Amazon Prime by the summer.

The hour-long documentary is from Imagination Productions, a division of the nonprofit educational media company OpenDor Media (formerly Jerusalem U), based in Israel and the United States.

“Over the course of just a few decades, Israelis developed a unique social consciousness around water conservation that has resulted in homegrown solutions that are now used around the world,” said director Micah Smith.

“This is the kind of transformation we dream of for the global community. When it comes to water, Israelis are incredible role models for how individuals around the world can have an impact.”

Dina E. Rabhan, CEO of OpenDor Media, tells ISRAEL21c that the film took two years to create, as the crew traveled to India, Africa and California to explore specific projects.

“Sustainable Nation” was shown at 16 film festivals in 2019, winning awards at the Boston Jewish Film Festival and at Agrofilm in the Slovak Republic. The film was produced in partnership with the Jewish National Fund.

“We created a 20-minute version for educators that has reached about 30,000 students,” says Rabhan. “We chose the week of Israel Independence Day [April 29] for the public premiere of the full film, recognizing that we are living in very different times. Everyone’s consciousness has been raised about the importance of hygiene because of the pandemic.”

Rabhan says that whereas most environmental films are depressing and foreboding, “Sustainable Nation” is optimistic and hopeful.

“It illustrates the real challenges along with the message that regular people who care about humanity can make a big difference. After you see it, you’ll feel inspired to do something.”