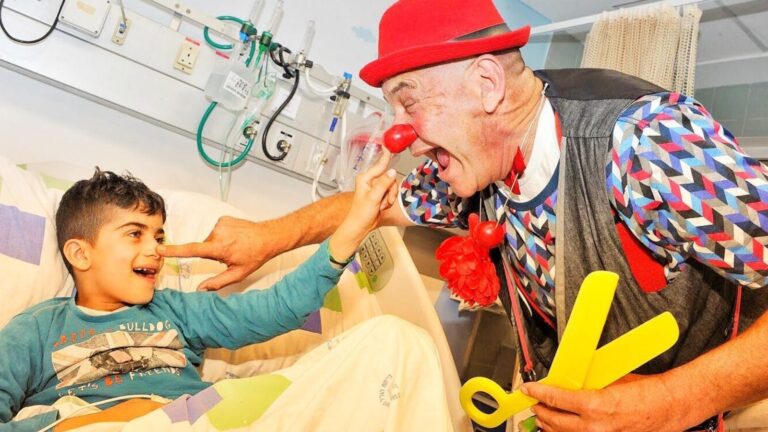 Studies have shown that Dream Doctors — professional medical clowns in Israel — have a significant positive impact on patients’ anxiety, pain and in vitro fertilization treatment effectiveness.

A new study investigated how the medical staff feels about clowns on their paramedical teams.

Interviews were done with 35 doctors, nurses and technicians of the Davidoff oncology ward of Beilinson Hospital in Petah Tikva, which treats pediatric, adult and geriatric patients.

One Dream Doctor was employed on the ward during the study and one prior to the study. 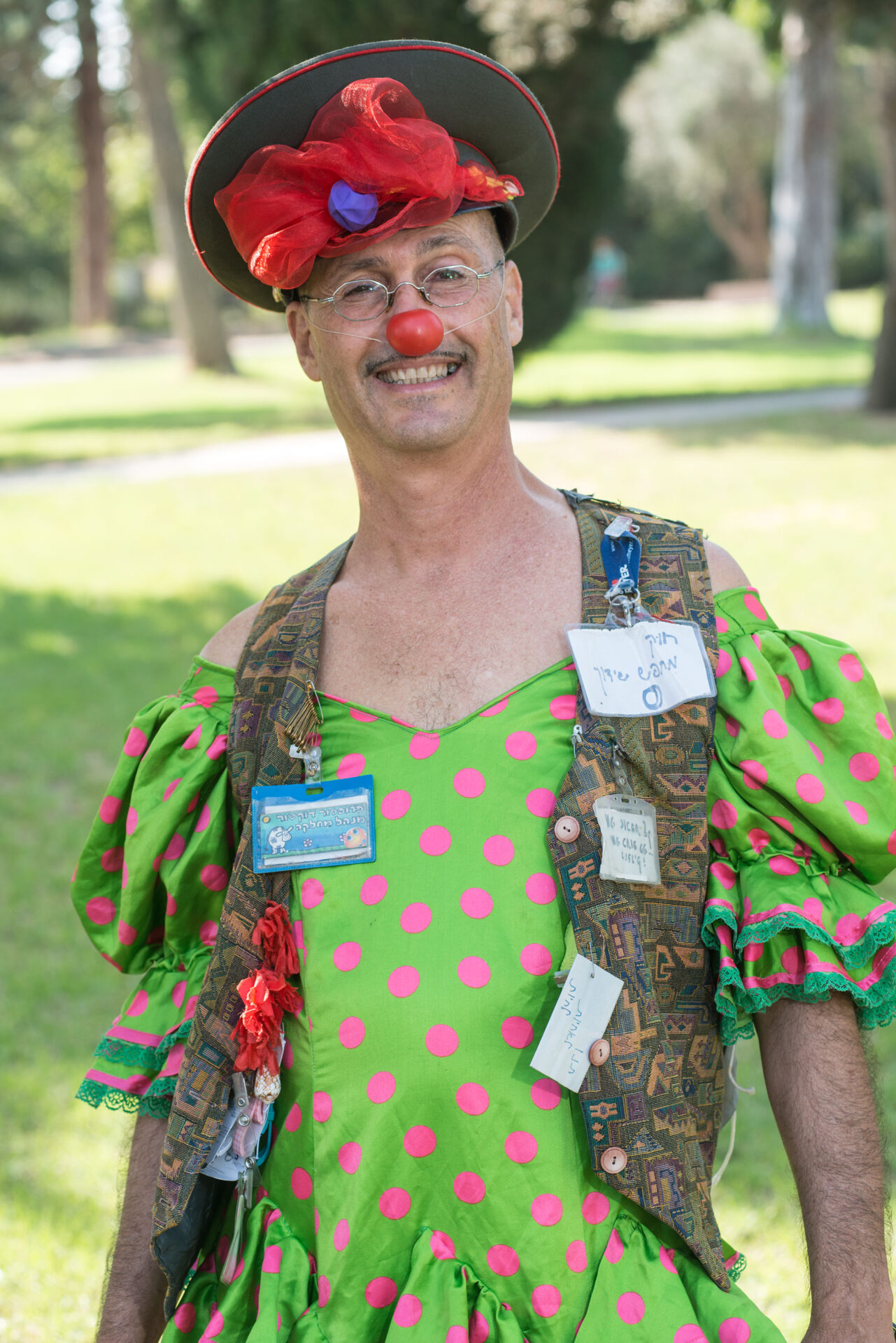 Dream Doctor Amnon Raviv, aka “Professor Doctor,” the first practitioner in the world to be awarded a PhD in medical clowning, works with Israeli cancer patients. Photo: courtesy

The decreased cost comes primarily from the decreased need for anesthesia or sedation before and during imaging or radiotherapy procedures – in both children and adults.

“The cost of the clown is less than the total cost of using an anesthesiologist and the drugs required to sedate the patient for this kind of procedure,” the authors explain.

Additionally, respondents said having a medical clown present “decreases the overall time that a procedure takes to complete,” another potential area for cost savings.

Overall, medical staff reported an increase in efficiency throughout the ward, not just related to sedation.

“The interviews in this study produced multiple avenues for future research. Potential projects include cost-benefit analysis of medical clowns, in-depth investigation on the effect of the clown on staff burnout, and patient satisfaction with and without the medical clown. Medical staff interviewed in this study also suggested that future studies could investigate readmission, rates of analgesic usage, and recovery times in patients exposed to the medical clown,” the authors conclude.