A new network of virtual colleges from Israeli startup Masterschool is making an unbeatable promise: Study with us for up to 10 months and don’t pay a penny until you find a job in the lucrative high-tech industry.

Masterschool aims to address what industry trade group CompTIA says is a shortage of nearly a million IT jobs in the United States alone, with the number expected to reach 85 million unfilled jobs by the end of the decade. CNBC reports that 57 percent of tech executives list the labor shortage as their top concern.

The problem is no less acute in Israel, where there’s a reported shortage of 33,000 employees in the high-tech space.

Masterschool’s answer is an ambitious plan to establish a worldwide network of some 100 technology-oriented “colleges” centered around leading tech experts. Each college will offer multiple courses managed by an entrepreneur with expertise in a particular field — Java programming or data analysis, for example.

The courses are online, so location is not an issue. There are live and prerecorded classes, one-on-one mentorship, plus exams (up to two per week) to make sure students graduate with the requisite knowledge to land the job of their dreams. 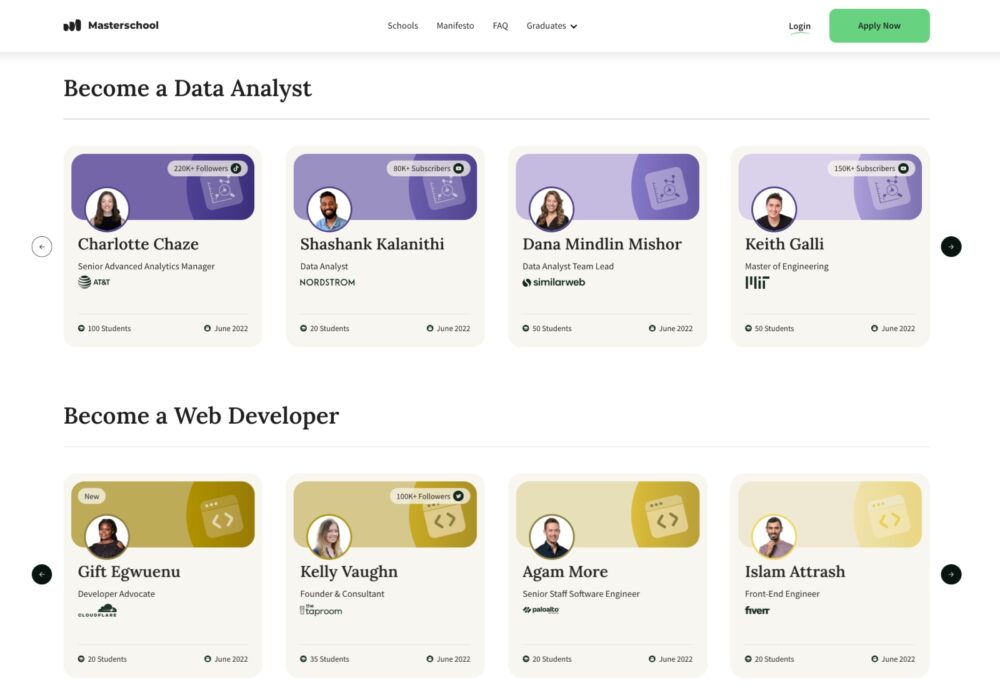 Following completion of coursework, Masterschool offers a three-month Career Accelerator, which helps students identify well-paying jobs as well as practice soft skills (such as interviewing and resume creation) that will help them succeed during the interview process.

Students pay 10% of their income a year until their tuition is fully covered. Globally, tuition at Masterschool ranges from $10,000 to $20,000 depending on the instructor and college. In Israel, where Masterschool launched in 2019, tuition is capped at 45,000 shekels ($13,000). If a student isn’t working or is earning less than 120,000 shekels annually, no payments are required at all.

It’s not just the students who sign on to Masterschool’s success fee approach. Teachers also don’t get paid until their students find an appropriate position.

That might sound like a risk for instructors, but cofounder/co-CEO Michael Shurp tells ISRAEL21c that Masterschool has an 80% placement rate. Although that is high for the industry, he says, “no one at Masterschool is satisfied by just 80%. We want each person who gets accepted to Masterschool to get employment offers from the best companies possible.” 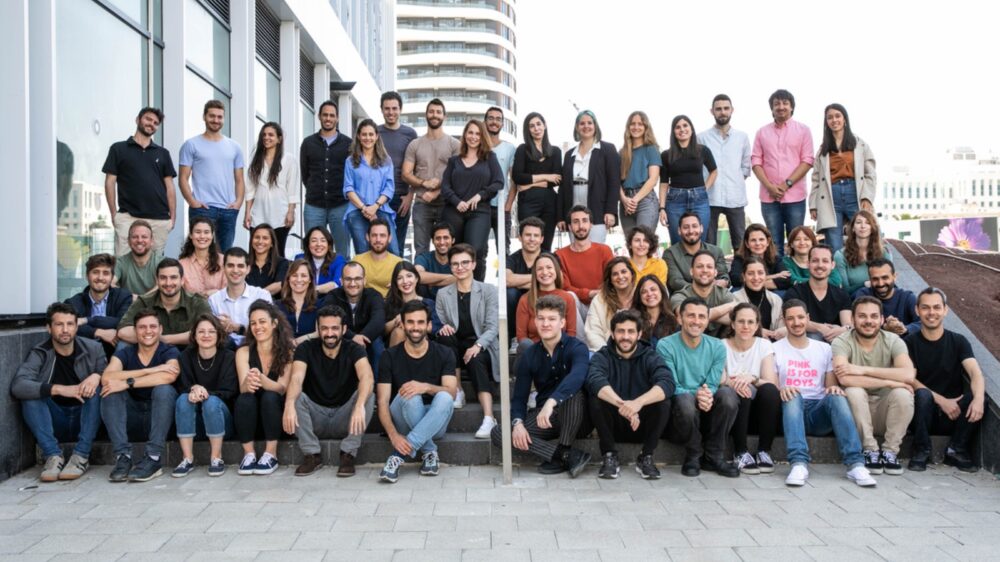 Masterschool’s financial incentives are “super crucial,” Shurp adds. “The fact that all of us get paid only when our graduates do means we’re building the right training to help our students get a job. It means that everyone’s aligned.”

One reason the placement rate is so high is that students come to school strongly motivated. The admissions process is as selective as many top universities: For every 100 spots available, more than 3,000 students will apply.

Students are attracted to Masterschool on the basis of the teachers, many of whom are superstars.

Chaze is a senior advanced analytics manager for AT&T in the United States. She is also likely the most famous data analyst on TikTok, with some 250,000 mostly female followers hoping to break into the data analysis field.

Chaze originally intended to open her college to just 20 students. “But when she uploaded a promo video to TikTok, she got so much demand that we offered her more resources so she could accept 100 students,” Shurp says.

Other data analytics experts with Masterschool colleges of their own include Niklas Steenfatt and Keith Galli, with 160,000 subscribers each to their channels on YouTube.

How is Masterschool different than existing universities, or vocational colleges, that also focus on technology?

“Each player in the field is doing an important job,” Shurp stresses. “Universities do amazing things, but their main job is not to help people land a job.”

Masterschool’s scope is also a differentiator.

“We’re not a single school but a network of schools. Our goal is to become the biggest school in the world,” Shurp notes.

Masterschool’s ambitious goals have clearly caught the attention of investors. In May, the company announced that it had raised a $100 million seed round. Before that, Shurp and his management team – co-CEO Otni Levi, CTO Eran Glicksman, and Roi Tzikorel, the company’s chief of impact – bootstrapped Masterschool with no external funding. 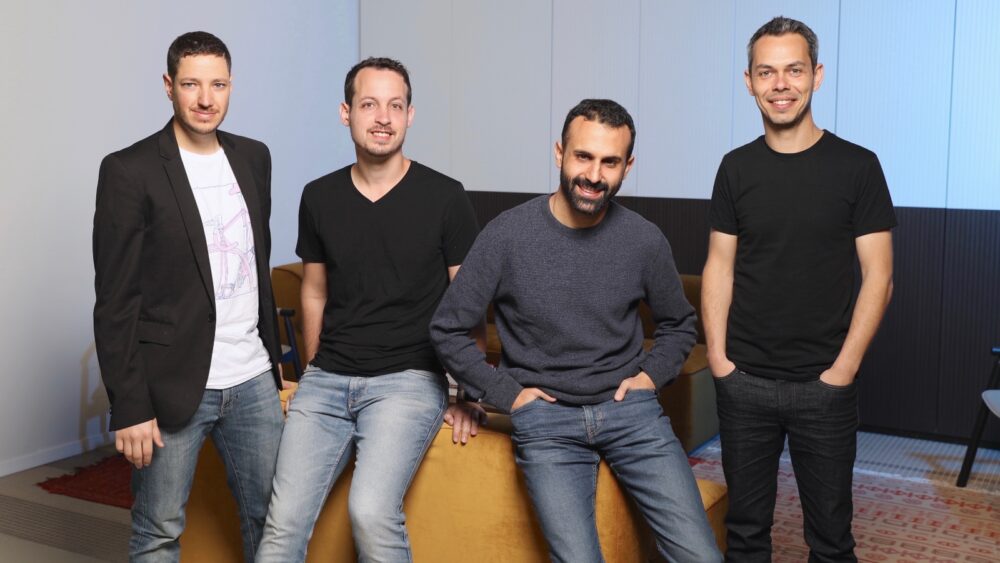 The new money will help Masterschool expand. Shurp says most of Masterschool’s students are based in the US and Europe. The company’s headquarters are in Tel Aviv, but Masterschool has staff in Berlin, London and New York.

New Masterschool teachers don’t have to struggle to come up with a curriculum entirely on their own; the company “gives them all the tools they need to run their college,” Shurp points out.

That includes a ready-made syllabus, although the headmaster can, of course, replace any course material as he or she sees fit. “It’s their choice. We trust our teachers’ ability.”

If a teacher or Masterschool identifies a need – for example, adding a class on “cybersecurity for cars” – Masterchool will jump in to help develop the new content.

Is Shurp worried about cheating, given that the schooling is virtual? “If you’ve gone through the tough process of getting accepted, including coding challenges and cognitive tests, then cheating only cheats yourself,” Shurp says. “We count on our students to have the motivation to launch a new career. If you cheat, you won’t succeed.”

The same is true for tuition. “We were worried that Israelis students wouldn’t repay their tuition,” Shurp admits. “But people are super grateful. We give them up to 10 months of intensive training and help to find a job. We don’t have even one case of someone that didn’t pay.”

Do Masterschool students already have a degree or are they just starting out?

“On average, 40% of our students have a degree or a job but are pivoting. The other 60% are people with no experience at all and no degree. But they’re super talented and have the motivation to succeed,” Shurp says.

The Masterschool website stresses that, “No prior knowledge is necessary to apply. What we do look for is motivation, grit, and aptitude. However, you are expected to have basic computer literacy.”

Shurp has been good friends with cofounder Tzikorel for more than a decade. Tzikorel decided during his university studies that he wanted to be a teacher.

“He thought that was the most patriotic thing you could do in Israel,” Shurp recalls. Prior to founding Masterschool, Shurp was consulting for the Ministry of Education in Israel as well as for similar groups in Europe.

Masterschool has a team of more than 100 on staff. Its investors include Target Global, Pitango Ventures, Group 11, Dynamic Look Capital and Sir Ronald Cohen. Masterschool graduates have found jobs at Google, Intel, Mobileye, Wix, SimilarWeb and Facebook. Many find that, after training at Masterschool, their salaries double.

“The traditional education model is broken,” says Dovi Frances, founding partner at Group 11. “Masterschool has built a proven and scalable business to rewrite this model [and] bypass the financial and operational inefficiencies of legacy education.”