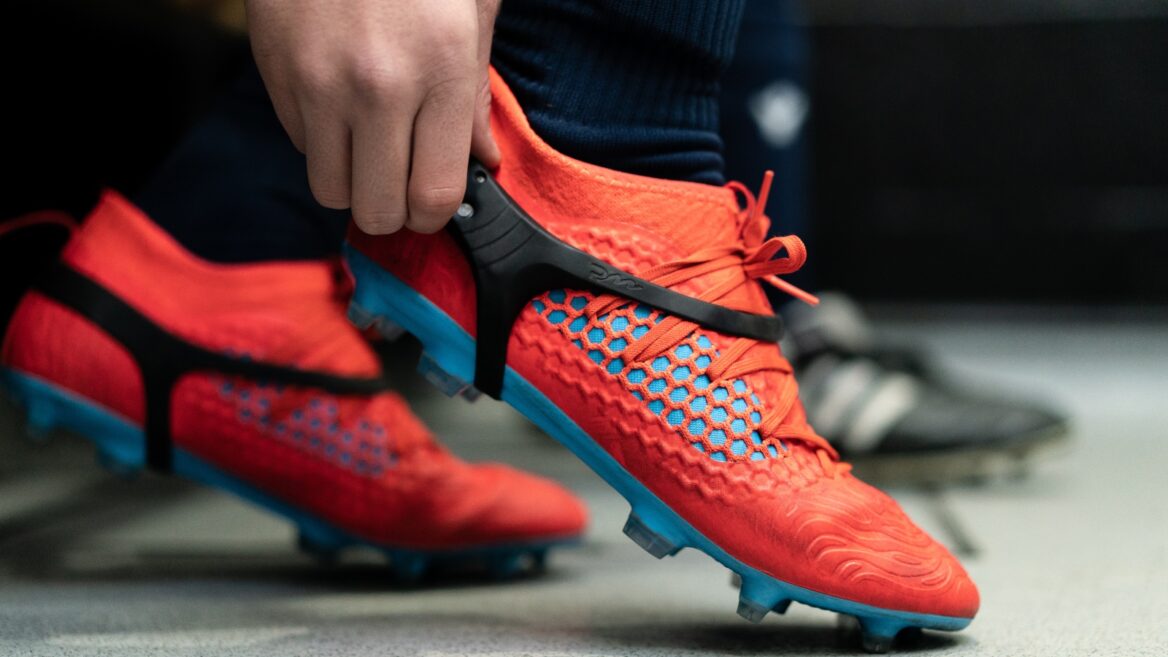 What makes the difference between a good soccer player and a great one? Skill, of course… and, increasingly, technology.

Players regularly train with GPS sensors strapped across their chests. The GPS captures distance and velocity, giving players and coaches invaluable information about how they’re moving and reacting.

Israeli sports-tech startup PlayerMaker makes a small device that tracks much more than GPS can. Worn on a player’s shoes during training, its sensors and proprietary software detect every ball touch and build an accurate player “gait profile.”

“The sensors know if you make a pass, a run or interception,” says CEO Guy Aharon.

The device can track “pass completion with both feet, number of touches, how many balls were lost and received, as well as things like passing metrics that will help coaches.”

Captured at a rate of 1,000 samples every second, this data is synchronized via Bluetooth with PlayerMaker’s analysis platform. 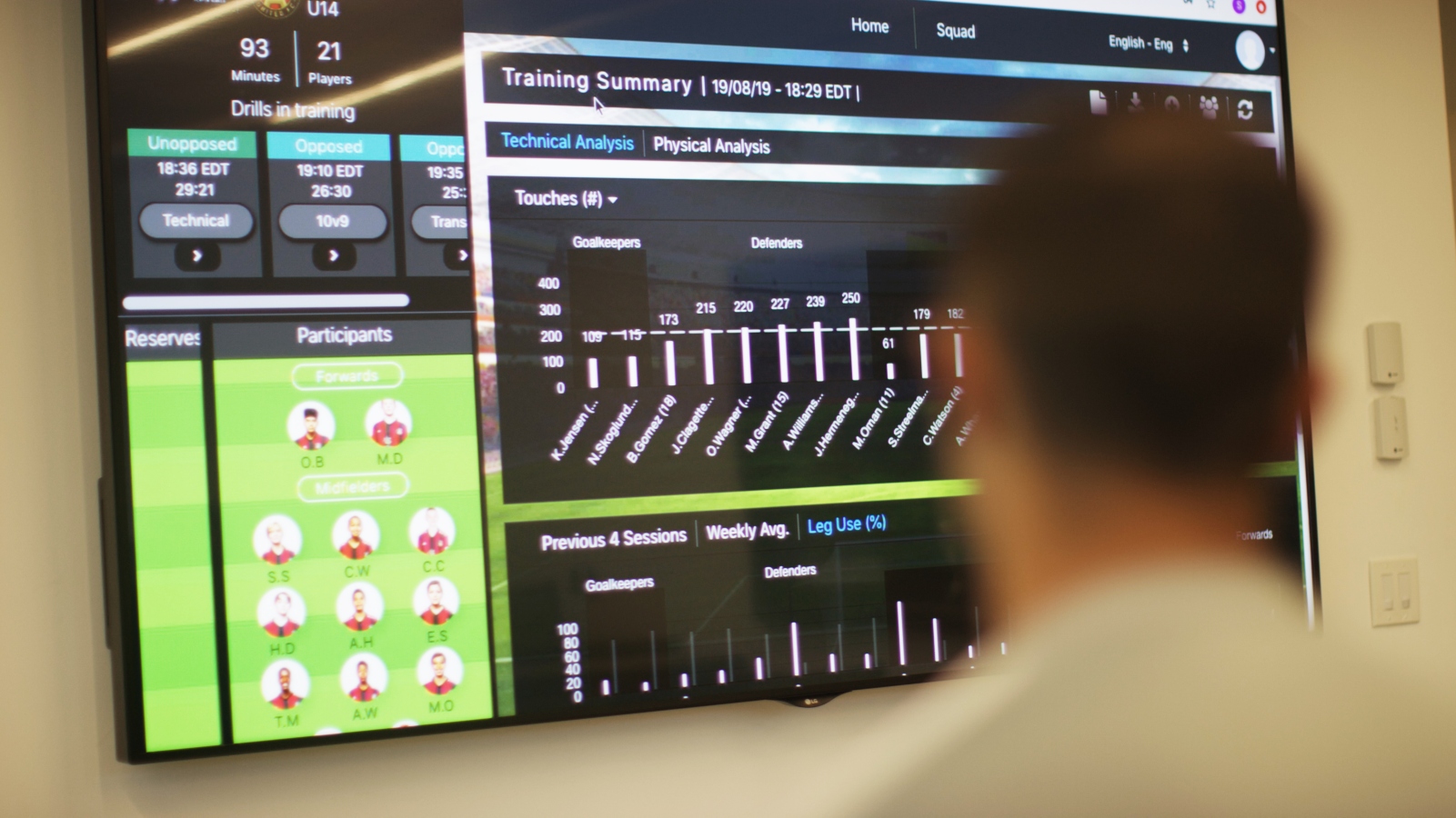 Applying artificial intelligence to a sport where every percentage point counts is no longer a nice-to-have feature – it’s become a necessity in the competitive soccer arena. And because most soccer injuries occur in lower limbs, it makes sense to have a sensor located in that area.

For professional teams, injury prevention “has been the Holy Grail for a long time,” Moran Gad, PlayerMaker’s CTO, tells ISRAEL21c.

“If a player costs $100 million for a team and spends half the season on the bench, that’s a big waste of money.”

The PlayerMaker sensor package is encased in durable silicon on a flexible strap. Gad says they’ve never had one break, no matter how hard the ball hits. 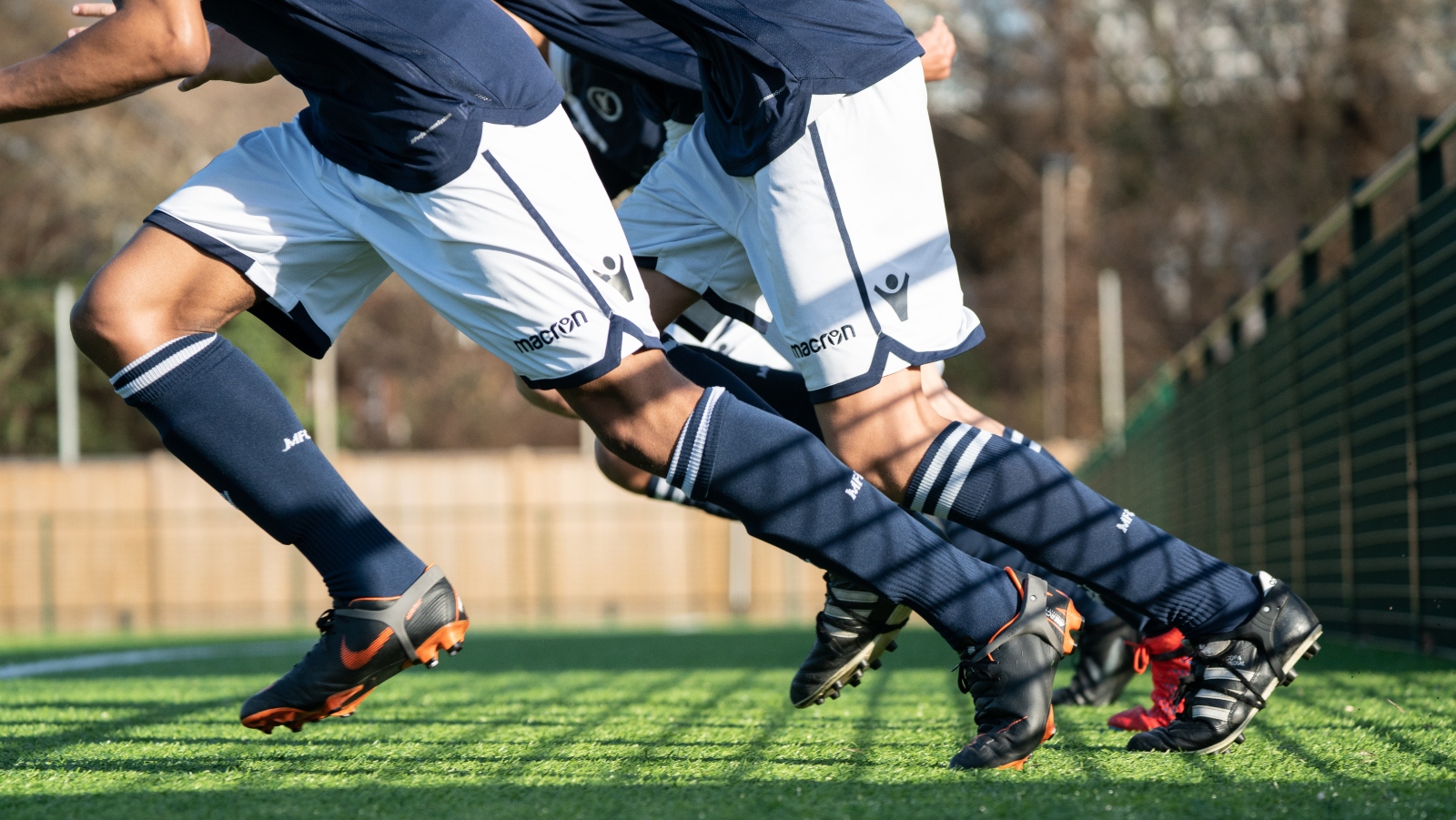 The Playmaker device worn on the shoe captures data at the rate of 1,000 samples per second. Photo: courtesy

The software and sensors are sold as a subscription package to teams. (You can’t buy it off the shelf in your local Best Buy.) Gad said the company tailors its packages to pro, semipro and amateur players.

PlayerMaker’s device, on the market since the 2017-2018 season, counts 80 clubs as customers, comprising 200 pro and amateur teams.

Among them are Maccabi Tel Aviv in Israel; the Philadelphia Union, the San Jose Earthquakes, the University of Pittsburgh’s women’s soccer team in the United States; and English clubs in Wimbledon, Millwall and Fulham. Wales is planning to introduce the technology later this year. 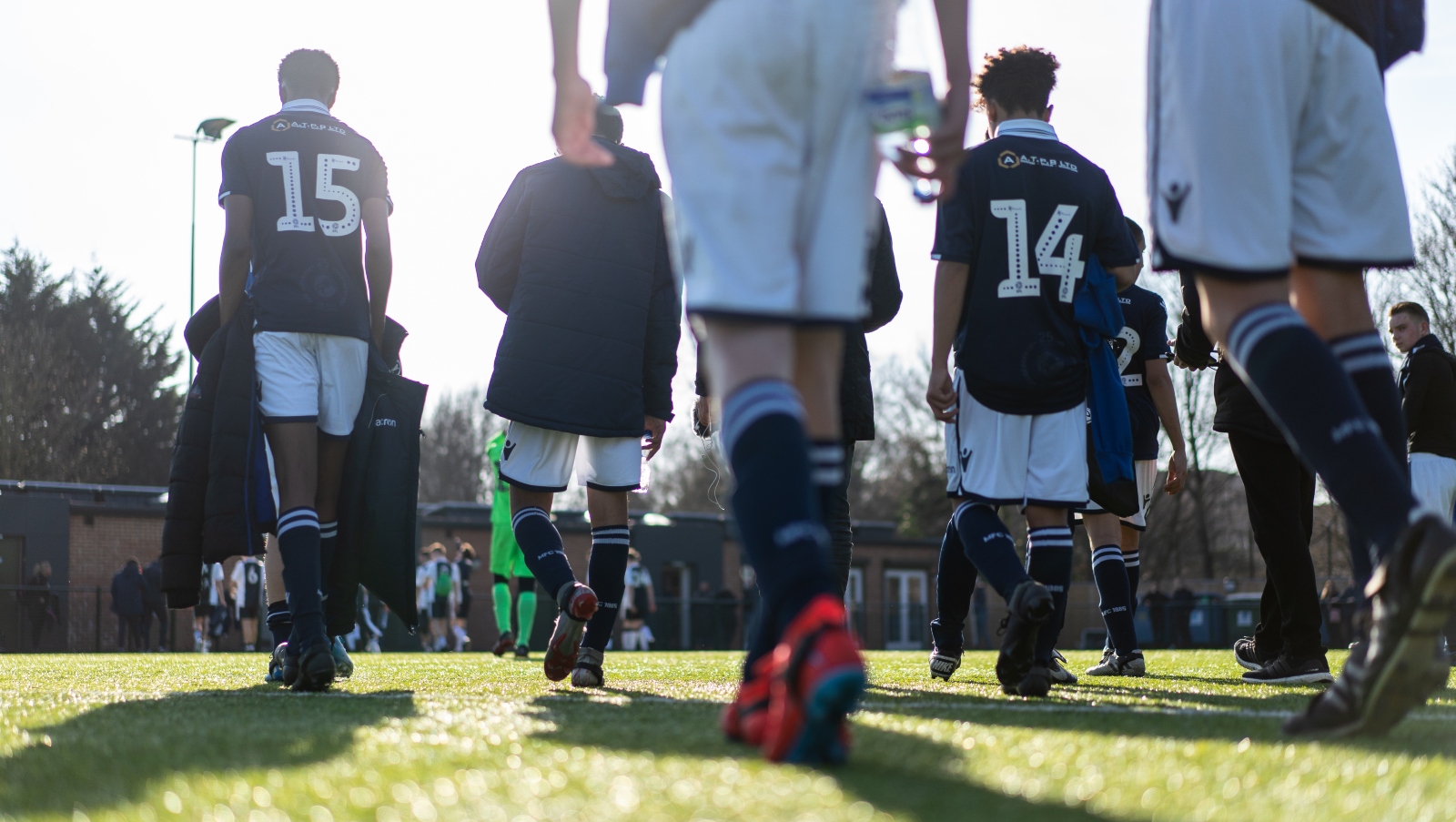 PlayerMaker is sold by subscription to teams. Photo: courtesy

“Technical mastery for a young player is everything,” says Tony Annan, academy director at Atlanta United.

“His completions, his touches are important. Being able to track that and give instant feedback as soon as they come off the pitch is very important. Showing the players what they should’ve done, could’ve done and what they actually did while they’re still thinking about the session, is huge for us to push them forward.”

Not only for Messi

PlayerMaker’s big play almost didn’t happen. CEO Guy Aharon initially wanted to build a sensor for kayaking, his favorite sport. It made sense to Gad, as well – he and Aharon did their military service in the Israeli Navy.

For kayaking, the sensor would be attached to the paddle and would send data to an app. But before the product could even get off the ground, Aharon and Gad realized that soccer was a much greater opportunity.

“What we’re giving to coaches and players today, these were parameters once only elite players could get,” Gad says.

Soccer stars like Lionel Messi often have videos taken as they play, but even then, “someone would have to manually label each touch you make,” Gad explains. “PlayerMaker does it all automatically with very high quality.” 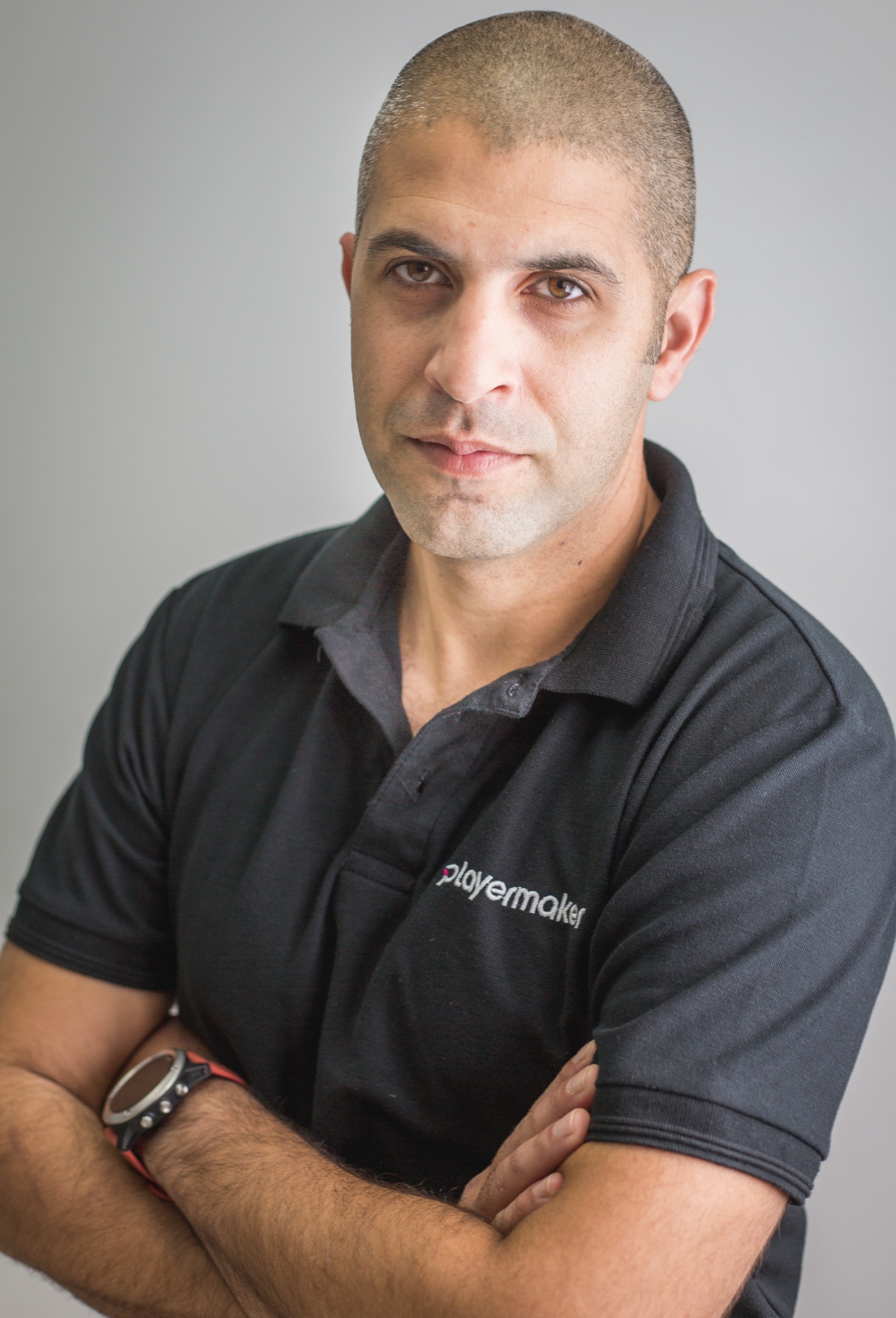 PlayerMaker has also built what the company describes as the world’s largest database of soccer player movements. “The database holds all the raw data the system can produce,” Gad explains. “We now have around half a million motion events.”

All that data helps improve the software, which in turn produces more data –a beneficial development loop.

PlayerMaker is based in Tel Aviv, where 20 R&D staff are located. Another seven employees are in London, eight are in the US and three in Germany.

Arsene Wenger, the former manager for the UK’s perennial favorite club Arsenal, joined PlayerMaker earlier this year as both an investor and an operating partner.

“Science can help make players stronger when used with data well – you can measure everything. After that, it’s about how you use it,” Wenger said.

Wegner added that PlayerMaker is “the most accurate system I have seen and the least disturbing” to the player. In contrast to a GPS tracker worn across the chest,Gad says players often forget they are wearing it.

Could a PlayerMaker sensor set get hacked – say by an opposing team looking for a competitive advantage?

“Our database is extremely secure,” Gad insists. “You know Israel’s reputation with cybersecurity. We have some ex-IDF specialists on our team. We feel very confident.”

Will PlayerMaker find its way into other sports – tennis, baseball, running, maybe eventually even kayaking? Gad says the company has “some internal work we’re doing in other sports fields.”

For now, the focus – or perhaps we should say the “goal” – is entirely on soccer. And that should keep PlayerMaker’s developers running around for quite some time.