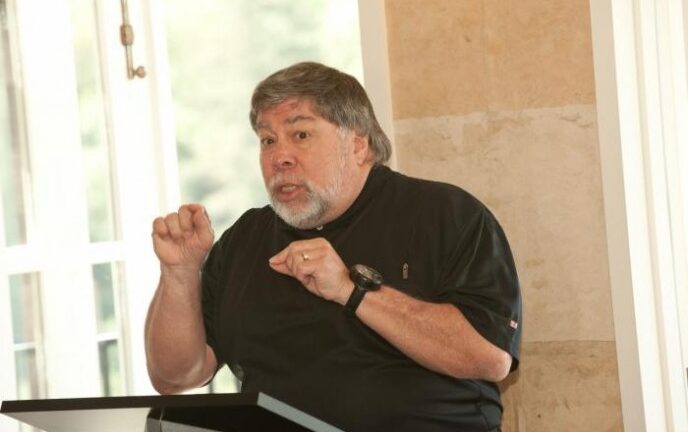 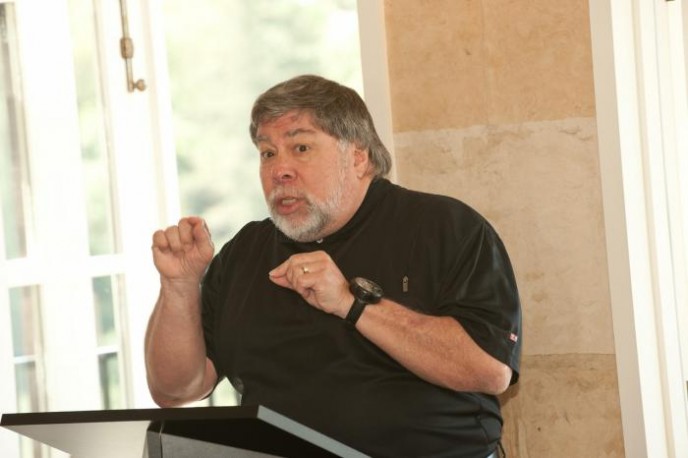 Apple co-founder Steve Wozniak made his debut trip to Israel this week to address an education forum, meet Israeli startups, and experience the country he has heard so much about. He even made a special trip to the communities near the Gaza border to ‘get a feel of the surroundings, really see what is happening. This has been one of my best experiences I have ever had. I do not think it is okay that people have to worry about missiles all the time,’ he said.

A noted education activist, Wozniak came to Israel to speak at the EduAction Forum in Holon, the largest education conference in Israel that is held annually right before the opening of the school year.

Wozniak spoke about the importance of computers in the classroom and about allowing children to think beyond the curriculum.

He told the government officials and entrepreneurs attending the conference that the computer is the most important academic tool that we have today, and that this was true even before the internet. The problem, he said, is that we’re bringing the computers into the educational system which comprises limitations. Whoever wants to learn more in depth about a certain subject can’t do that because next week there’s a test on specific material.

The annual gathering focuses on Israel’s school system and ways to improve it.

Wozniak also spoke about how creativity drops the day kids begin learning in school. He said a curious child wants to open drawers and discover what’s inside but can’t because the lesson predicates what he can or cannot learn.

He also called for action, saying that wherever you go in the world today people are saying that education is the most important thing. But, he said, it’s still what people say. Wozniak said we need to turn these words into action.

Wozniak, best known for co-founding Apple with Steve Jobs in 1976, is still active in the high-tech industry and currently serves as the Chief Scientist at Fusion-io.

“The Hamas rockets are bad technology,” he told the forum.

On a visit to Jerusalem, Wozniak wrote on his Facebook page: “Had a good time visiting Jerusalem and Gaza Strip today. If Israel did not react, the rockets would continue anyway. If Hamas halted rockets, Israel would not attack them. Peace.”

He also met with a number of startups in Israel during his trip here.

“You can have great ideas and technology but the only way to make it go is professionalism,” Wozniak told Gamytech in Ramat Gan.

“We are extremely honored and overwhelmed to have such a legend visit our office. Wozniak and his passion for video games is the rock star of technology, and this is what Gamytech strives to emulate,” said Jonathan Swerdlow GamyTech’s CEO. “Apple and Woz have been a symbol of innovation and that is the goal at the core of our company.”