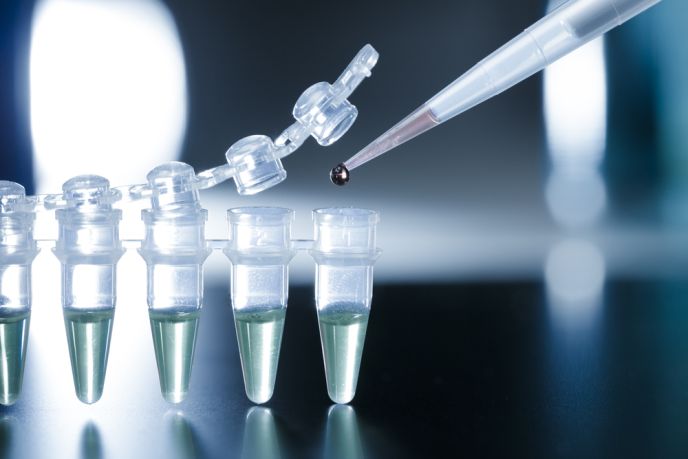 A new stem-cell technology with the potential to treat neurodegenerative diseases including amyotrophic lateral sclerosis (ALS) is now in development by the Israel Prize laureate responsible for the blockbuster multiple sclerosis (MS) drug Rebif.

Revel based his approach on scientific evidence that ALS is characterized by malfunctioning astrocytes. Producing and then injecting healthy, functioning astrocytes into a patient’s nervous system seems to provide support for damaged motor neurons, slowing the progression of the disease, improving quality of life and even extending survival.Globally, 90 percent of ALS patients die of respiratory failure within three to five years after the onset of symptoms.

Kadimastem is now in touch with the US Food and Drug Administration as well as regulatory bodies in Israel and Europe, hoping to advance the technology to clinical trials.

“In addition, we will expedite Kadimastem’s contacts with large pharmaceutical companies and other players that will be appropriate strategic partners for advancing the product to the clinic quickly,” said Kadimastem CEO Yossi Ben-Yossef.

Using the same technology for differentiating pluripotent stem cells into a range of functional human cells, the company also is developing pancreatic cells that secrete insulin. In January, Kadimastem signed an agreement with Ramot, Tel Aviv University’s technology transfer company, to conduct joint research with Prof. Shimon Efrat in the field of cell therapy for diabetes.

“I started at Kadimastem as chief scientist in 2010, after 40 years at the Weizmann Institute,” Revel tells ISRAEL21c.

Revel then collaborated with Prof. Joseph Itskovitz-Eldor (head of the Technion’s embryonic stem cell research laboratory and now on Kadimastem’s scientific advisory board) to differentiate pluripotent embryonic stem cells into myelin, the critical nerve-cell axons’ coating that get destroyed in MS patients.

“Drugs including interferon beta slow MS but do not repair the lesions made by the disease,” Revel explains. He hoped that injecting healthy myelin-producing cells could repair the tissue. 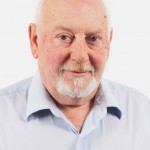 Tackling ALS was a natural outgrowth of this research.

“There are two types of support cells important for the survival of neurons in the brain and spinal cord. We can produce them from stem cells in about a month in a many-step process,” says Revel.

One of those support cells is the astrocyte. Studies in the early 2000s found that astrocytes are defective in ALS patients,sometimes even becoming toxic to the nerves.

“In view of these new findings, we decided to use our technique to produce healthy human astrocytes and implant them in mice to see if the disease can be ameliorated,” says Revel. Indeed, that result was proven.

ALS and then diabetes

Kadimastem’s executive vice president for R&D, Arik Hasson, explains that the technology works with pluripotent stem cells from any source, not only from human embryonic cells whose use in science is controversial in the United States.

“We are capable of producing those cells in large quantities without animal components using industrial methods,” Hasson tells ISRAEL21c. “They serve as starting material of differentiated cells. We store them frozen and then produce functional cells — astrocytes for the brain or islets of Langerhans cells for the pancreas to produce insulin.”

The islets of Langerhans cells would be put in an encapsulation device or placed under the skin to protect the implanted cells from attack by the patient’s immune system. 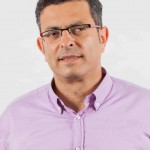 The company plans to begin human clinical trials for the ALS product in the second half of 2016, and for insulin-dependent diabetes farther down the road. The need is more urgent for ALS, which is always fatal whereas diabetes can be controlled.

As ISRAEL21c has reported, the Israeli company BrainStorm is in Phase II clinical trials for its NurOwn enhanced autologous stem-cell treatment for ALS. In this personalized treatment, the patient’s own stem cells are enhanced to secrete elevated levels of nerve-growth factors to protect existing motor neurons, promote motor neuron growth and reestablish nerve-muscle interaction.

In contrast, Kadimastem’s cells are intended as an off-the-shelf frozen product suitable to any patient. “Our cells are already astrocyte progenitors — the type of cells we are looking for,” says Hasson.

“Our product will not be tailor-made, and that will allow for somewhat less expensive production. In addition, it can be used in patients in whom the disease has gone too far and can’t be treated with their own cells. But we hope there will be tests that can enable treatment as soon as the patient is diagnosed.”

While other companies are exploring similar technologies, Hasson points out that Kadimastem “has a long track record of IP from the mid-2000s, so among companies specializing in pluripotent stem cells, we are the most advanced in directional treatment.”

Kadimastem is also involved in a drug-discovery platform in collaboration with Merck Serono, using human tissues made from pluripotent stem cells.

“Most drug discovery is done by chemists producing molecules and testing them in animals,” Revel explains.“The availability of functional human tissue would replace animal tissue. Merck Serono gave us $1 million last year to continue developing our platform to find medications to stimulate MS patients to repair their own myelin. We’ve discovered two or three compounds that have activity and we’re pursuing that line of research.”

Initially, about $20 million was invested in the Nes Ziona-based company from private and public investors and from the Office of the Chief Scientist of Israel’s Economy Ministry. The publicly traded company raised about$5 million in June 2013.

UNCOVER ISRAEL - Get the ISRAEL21c
Weekly Edition free by email
Sign Up Now!
Bring Israel's story to life.
Millions of people around the world rely on us to gain a deeper understanding of Israel. We are the trusted source for original content you won't find anywhere else.
You can make a difference. Donate today to support journalism that brings Israel’s story alive.
SUPPORT ISRAEL21c
Read more on:   muscular sclerosis, pluripotent stem cells, Kadimastem, ALS, diabetes, Health, Stem Cells