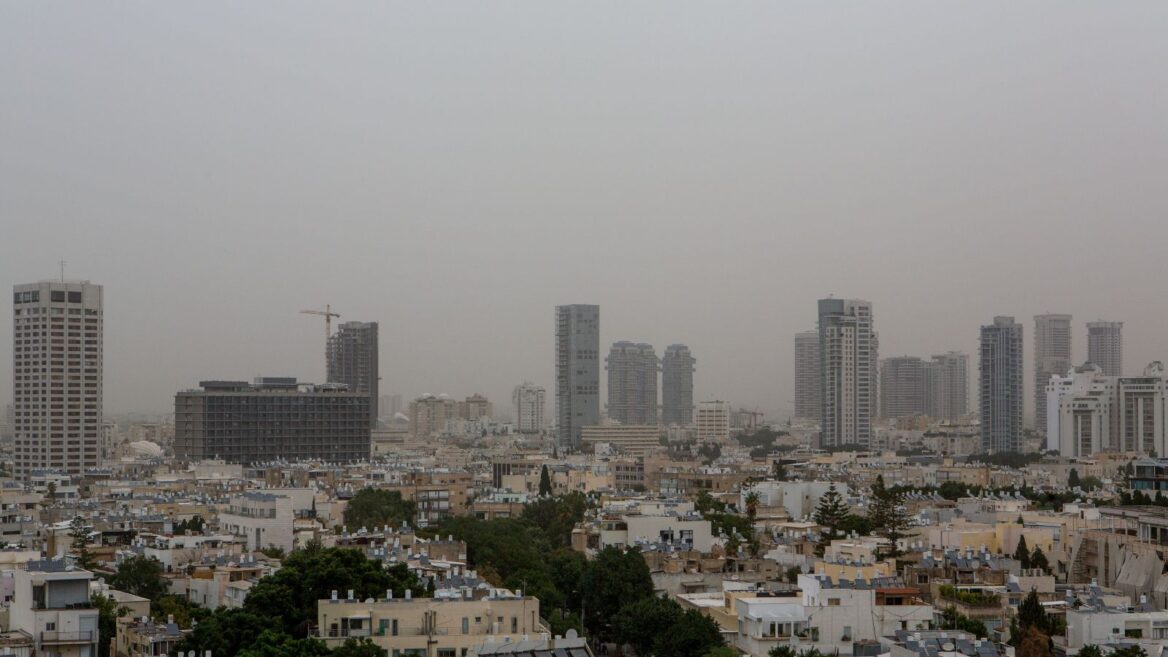 View over Tel Aviv on a hazy day. Urecsys knows how to bring in the cleanest outside air into buildings. Photo by Miriam Alster/Flash90

Over the past few months, previously obscure terms like viral droplets, aerosols and airborne transmission have become part of our everyday vocabulary. Yet even before Covid-19, the quality and safety of the air we breathe posed a serious public health challenge.

As we all recently learned, being stuck indoors with suspicious air isn’t all that great. But it’s not only coronavirus that has us reaching for our masks – other, more mundane forms of toxins such as nitrogen oxides and sulfur oxides travel through the air in the office and at home.

To combat this situation, buildings are equipped with filters and fresh-air systems that clean the air coming in. But they can’t take on all the gaseous pollutants and ultra-fine particles that waft in.

This is where Israeli startup Urecsys steps in. Founded in 2014, the company developed a solution that uses big-data analysis and machine learning to predict air pollution levels both inside buildings and in their surroundings.

This enables ventilation systems to draw in outdoor air only when pollution levels are low, ensuring that people breathe in the cleanest air possible.

“If you learn to predict the behavior of air pollution, you can reduce 40 percent of the medically significant air pollution” from entering a building, explains Urecsys VP Strategy Yonatan Houri. 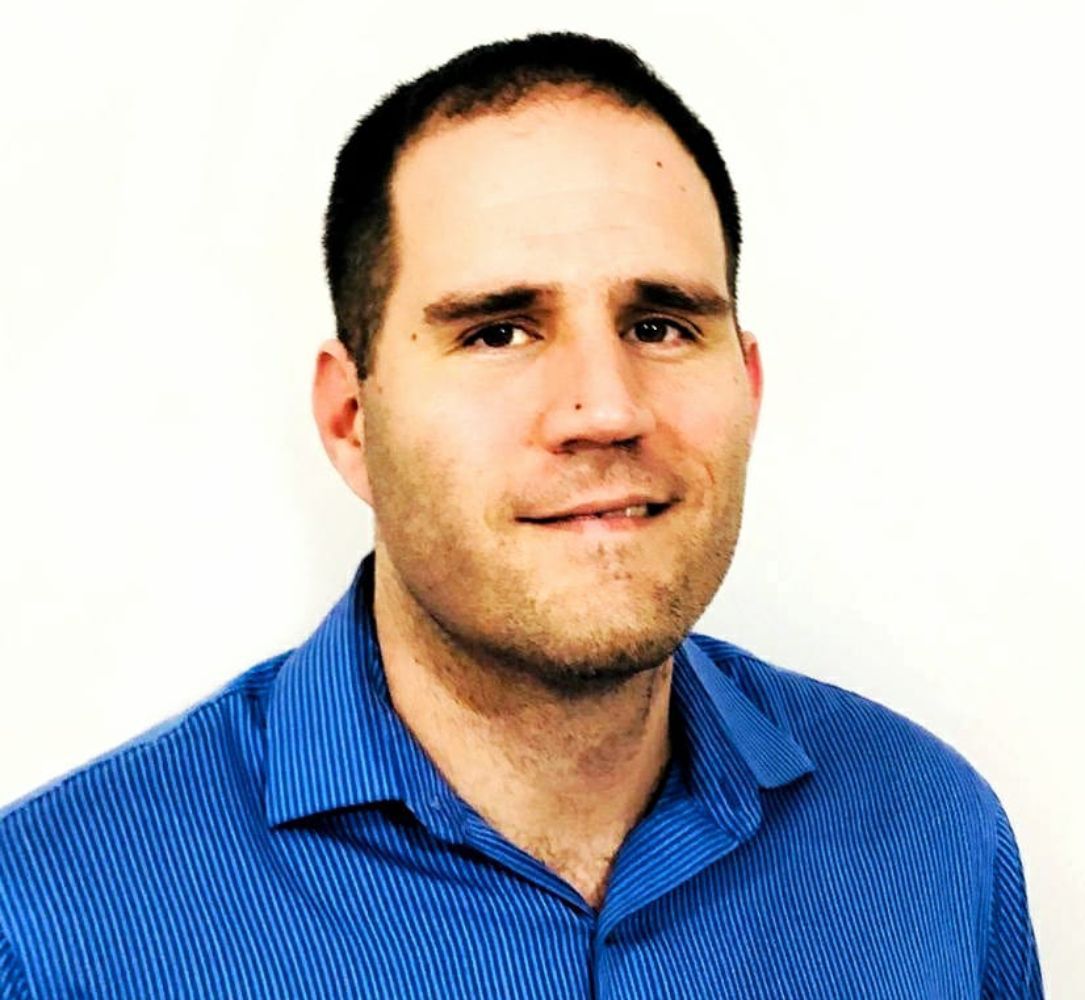 Houri joined Urecsys as a partner over two years ago but became so enamored with its solution that he turned into an employee.“I completely fell in love with the company,” he says.

“Both the financial potential,” he notes, “but more importantly the value that the company has, the impact that it could have on the world, is amazing.”

Backed by serial entrepreneur Kobi Richter, Urecsys was founded by two scientists, Nir Bassa and Shimon Amit, who were studying the impact of air pollution on cancer.

They discovered, for example, that around 2,500 Israelis die each year from diseases most likely stemming from exposure to air pollution – more than the number of people killed in car accidents.

“Once they realized that air pollution was so bad, they looked at ways to reduce it,” Houri notes.

Instead of going in the direction of air filters, they decided to focus on the parameters that affect the levels of air pollution.

“There are frequent changes in the levels, and they’re very powerful,” Houri says. “Once you know how to predict these changes you know when the air will be very polluted and you’ll know when it will be very clean.” 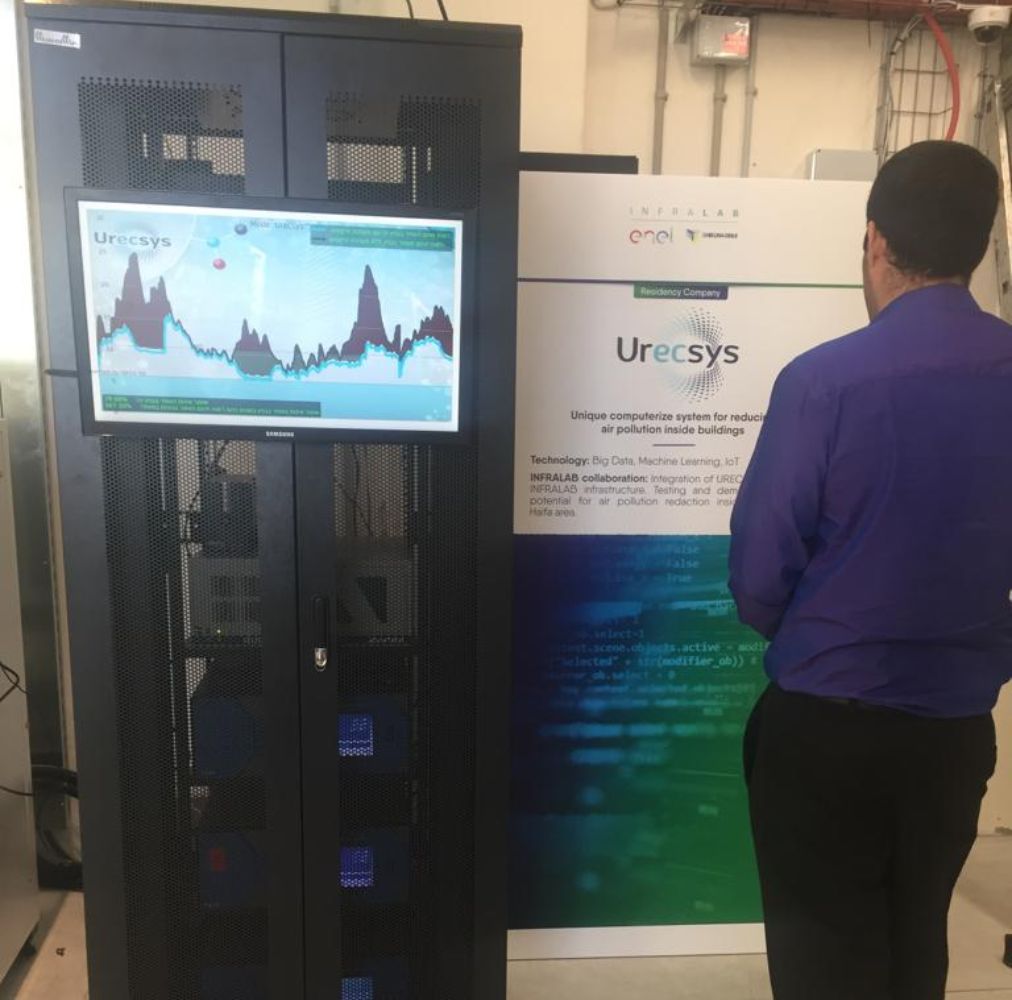 Urecsys’ system, here installed at a client’s, focuses on the parameters that affect the levels of air pollution. Photo: courtesy

“There are many different factors that contribute to these changes in air pollution levels,” he adds.

“If there’s traffic outside your building there’s higher level of pollution than there would if there wasn’t,” he notes as an example. Other factors include wind, sunlight intensity, humidity and barometric pressure.

Urecsys takes all of these into account and studies the buildings where its systems are installed for a period of one to three months. At the end of this machine-learning process, the solution is connected to the existing ventilation system to make it “smart.”

“We always compare what goes on inside and what goes on outside and that’s how we decide when to bring in the air,” Houri adds. “It’s not a filter; we don’t filter out anything.”

Urecsys has been in operation for around a year and a half and has installed its solution in about 15 buildings in Israel. It recently raised $4 million, which will be used toward expansion in Israel and abroad.

The company is focusing on large buildings, since private homes don’t have the filtration system hardware that the solution connects to, making it more expensive to install.

Used to dealing with air pollutants in regular times, recent months have seen Urecsys trying to aid in the coronavirus crisis.

“Once the outbreak started, we started research to see if there’s anything we can do to help,” Houri says. The company found four ways.

Firstly, he says, temperature control can help minimize the infection radius. By raising the temperatures in buildings during nighttime, the company hopes to kill any Covid-19 viruses lingering on surfaces.

“The second thing we will do is while people are inside the building is raise humidity levels,” he adds. “The more humidity you have in the air the more you’re going to minimize the radius of infection.”

This is already happening in one building, “and it’s going to be happening much more now that people are going back to work.”

Thirdly, Urecsys is bent on ensuring compliance with ventilation standards.

“We make sure that the building doesn’t over ventilate but also doesn’t under ventilate and gets enough fresh air at all times,” he says.

The last measure is more long-term.

“People who are exposed to high levels of air pollution are going to be more susceptible to complications of coronavirus,” Houri notes. That’s why, he says, maintaining high air quality could be beneficial ahead of future outbreaks.

“Maybe the biggest challenge we’re encountering is awareness of air pollution,” he observes. “People in Israel don’t have enough consciousness of the problem of air pollution.”