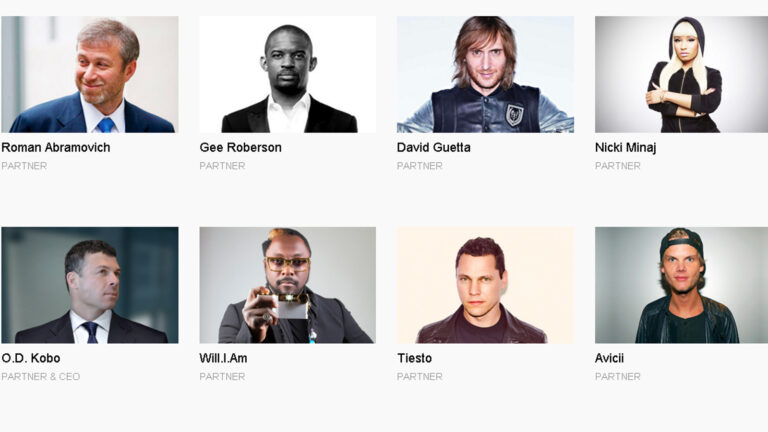 Shellanoo Group's team includes a 'who's who' of the entertainment world. Photo via screen shot

The firm – which counts David Guetta, Avicii, will.i.am, Tiësto, Sebastian Ingrosso, Nicki Minaj, Benny Andersson, Dor Refaeli (supermodel Bar Refaeli’s brother) and Russian billionaire Roman Abramovich among its partners and investors – announced on its website that it has been valued at $177 million by consulting firm BDO.

The company also said the initial public offering is being presented by their lead underwriter Poalim IBI, with auditing approved by PwC.

Shellanoo is planning to raise at least $26.5 million, according to Reuters.

Shellanoo reportedly chose to list its IPO on TASE instead of Nasdaq to show other local firms that technology businesses can and should stay in Israel.

Mobile apps in which the company has invested include fashion app Bellaboo, AIMMS artificial intelligence marketing management software, and the controversial Blindspot messaging app that can be used for anonymous cyber-bullying.