Chronic congestive heart failure (CHF) is the primary cause of hospitalization in people over the age of 65, affecting about 26 million people globally. The related cost in the United States alone is estimated at up to $40 billion. About half that amount stems from hospital readmissions — 25 percent of heart-failure patients are readmitted within a month, and half within six months.

Here we’ll take a look at some Israeli companies developing better ways to manage and monitor this progressive condition, to improve patients’ quality of life and avoid repeated hospitalizations.

Vectorious Medical Technologies of Tel Aviv recently closed a $5 million financing round for the development of its miniature wireless hemodynamic monitoring sensory implant toward first human trials. Among the investors is the Global Cardiovascular Innovation Center of the Cleveland Clinic.

“Our solution will make daily monitoring a routine activity for congestive heart failure patients and their physicians, similar to glucose monitoring for diabetes patients,” predicts cofounder and CEO Oren Goldshtein. With the push of a button, patients with the Vectorious implant would get a pressure reading from their heart’s left atrium, which will enable optimal adjustment of their medical treatment.

Goldshtein says left atrial pressure provides earlier and more specific indication of cardiac deterioration than does the CardioMEMS device approved by the US Food and Drug Administration last May for measuring pulmonary (lung) artery pressure. That breakthrough American device already is reducing readmissions by up to 40%, and Goldshtein believes Vectorious can be even more effective.

It took about four years to develop the first working model of the Vectorious device, expected to be tested this coming year in collaboration with American and Israeli cardiologists. The 10-person company has a subsidiary in Ohio to oversee this next stage. Goldshtein believes the technology infrastructure will have additional applications ahead.

While atrial pressure cannot be adequately measured from outside the body, several Israeli companies are taking a different tack by developing noninvasive devices to monitor congestion in the lungs.

Most hospital readmissions of CHF patients are due to lung edema (swelling) caused by excess fluid, so it makes sense to identify and treat fluid buildup before edema sets in.

Last year, Sensible Medical Innovations of Kfar Neter received Europe’s CE mark for its ReDS Wearable System for measuring and monitoring lung fluid in hospital, clinic and home. The system will be introduced via commercial pilots in Europe together with Boston Scientific Corporation.

“Worsening congestion is a key driver of hospital admission and mortality in patients with heart failure. Identifying and appropriately managing congestion is challenging,” said Dr. John Cleland, chairman of clinical cardiology at the National Heart & Lung Institute of Royal Brompton & Harefield Hospitals in London, and a member of Sensible’s Physician Steering Committee. “We look forward to seeing how treatment based on accurate lung fluid measurement may help keep patients safe at home and potentially reduce hospitalizations and perhaps even mortality.”

Kyma Medical Technologies  in Kfar Saba recently received CE approval for its next-generation µCor System, a platform to monitor a patient’s chest fluids, along with other vital signs, in clinical and home environments.

The NICaS (NonInvasive Cardiac System) from NI Medical in Kfar Mallal is being used in many countries to facilitate diagnosis and guide therapeutic management of patients with heart failure and other conditions before, during and after surgery.

“We will primarily focus on heart failure patients as they represent the most costly group of patients in the entire healthcare system,” the company states. “The number of these patients is increasing, and data from NI Medical’s Whole Body Impedance technology can lead to significant improvements in patient outcomes and cost of care.”

Avner Amir, vice president for business development, tells ISRAEL21c that clinical studies have shown Edema Guard alerts to impending pulmonary edema about two weeks before the patient feels any symptoms. “And by the time a patient feels it, it’s too late to avoid hospitalization.”

Clinical trials conducted over the past six years at Hillel Yaffe Medical Center in Hadera show usage of Edema Guard at home reduces CHF hospitalizations by 55% and heart-failure mortality by 42%. In-hospital monitoring during acute myocardial infarction demonstrated reduction of 51% in post-discharge mortality rate and 64% reduction in new CHF events. 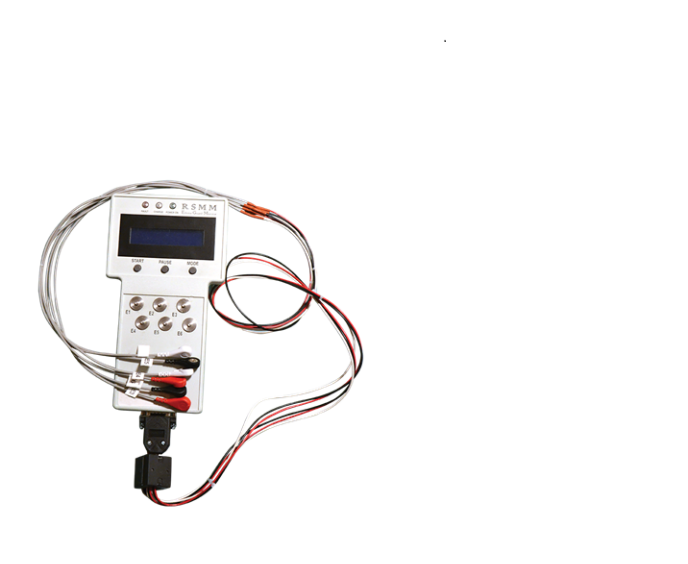 The device measures the body’s impedance, or resistance, to alternating current. “The more fluid is there, the more conductive to electricity, so by transferring a very small electrical current we can get a reading that is highly accurate and extremely sensitive to changes in lung fluid,” Amir explains.

A unique feature of the Edema Guard Monitor is its algorithm to determine the patient’s baseline impedance and compare it to the present reading. This algorithm was developed using data accumulated from more than 1,000 patients treated and monitored in the CHF Unit at Hillel Yaffe, which is headed by RSMM founder and chief medical officer Prof. Michael Shochat.

“If you have a patient who has some level of fluid accumulation but you don’t know the person’s baseline, you don’t know how severe his situation is,” says Amir. “You couldn’t do this without our unique big data, and that’s very important for home monitoring.”

Within the next year, the company expects to fine-tune its technology and apply for FDA and CE approval to market the device and disposable electrodes for home use through distributors and strategic partners.

For more information on the ReDS Wearable System, click here.

For more information on the µCor System, click here.