A father’s search to cure his son’s ear infections led to an Israeli salt therapy chain that’s poised to breathe salt into American air, too. 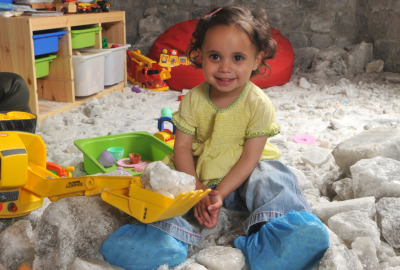 Salt rooms are used to treat both children and adults suffering a range of problems from allergy, to chronic ear or sinus infections, to asthma, bronchitis and even lung disease.

After three years of unsuccessfully treating his five-year-old son’s chronic ear infections with conventional medicine, Jonathan Kestenbaum, an immigrant to Israel from New York, started to explore alternative therapies. “We were at a point where it was either tube surgery or antibiotics for an undetermined amount of time,” explains Kestenbaum, 32, who lives with his wife and four kids in Jerusalem’s Talbiye neighborhood. “Neither of these options was very appealing to me.”

He researched several alternatives before he stumbled upon salt therapy, a natural remedy for respiratory and sinus problems dating back to salt caves in Greece in the Middle Ages. The therapy is based on the idea that inhaling microscopic particles of sodium chloride-rich rock salt, 0.5 to 0.3 microns in size, dries up and disinfects mucous membranes in the sinuses and lungs, easing expectoration and allowing the patient to breathe more easily.

After just six one-hour sessions at a salt room in Givat Shaul, Kestenbaum’s son showed signs of improvement. By the time he completed the 14-session course, he was cured of his chronic ear infections, claims Kestenbaum. Two years later, he has had only three infections, all of which went away on their own without the aid of antibiotics. Besides sleeping with a salt lamp, a large piece of rock salt with a heating bulb that releases salt particles into the air, next to his bed, his son, now leads a normal, healthy life. “It’s incredible,” says Kestenbaum.

A Yeshiva University graduate with marketing and operational experience at start-ups of all sorts, including Amerifone and Jewberry, Kestenbaum was eager to popularize his newfound miracle therapy. “As a business person, I thought this is the biggest thing you’ve never heard of,” he says. “I wanted it to become more mainstream, so that more physicians would consider it an option.”

And so the idea for The Breathewell was born. Kestenbaum’s first order of business was to scope out the Israeli market, learn from it, and then enter the US market – a move that is scheduled for the next six to 12 months.

A chain of salt rooms

In Israel he found some 12 existing one-off salt rooms. Kestenbaum gathered them together and created a central body, dubbed ‘Derech Hamelach’, the Israeli Salt Room Association.

“The approach was very ‘mom and pop’ until we got involved and I thought it was important that we unite to create a single front for the industry,” says Kestenbaum, chairman of the Israeli Salt Room Association. “This way we could hire a single PR company to do national marketing.”

This move paved the way for a major deal between the salt rooms and the alternative medicine program at Clalit, Israel’s largest health authority (HMO) and the second-largest HMO in the world. “The HMO doesn’t cooperate with one-off facilities, but instead looks to work with a national entity with several locations throughout the country,” explains Kestenbaum, who is currently in talks with the country’s remaining three HMOs.

While Derech Hamelach got underway, Kestenbaum, along with his New York-based business partner Jonathan Bennett (a partner at PL Holdings, with over a decade of experience starting up and financing early stage technology, retail and real estate ventures), and local Israeli expert Baruch Bekker (who opened the first Israeli salt room in Haifa in 2000) opened the first Breathewell clinic at the Jerusalem Bio Park at Hadassah Ein Kerem, in February.

It’s the first and only salt room facility in the world with both Speleotherapy and Halotherapy rooms. The former is a room constructed with large blocks of salt that naturally emit salt particles into the air; the latter, a more aggressive form of salt therapy, features salt-coated walls and a machine, called a ‘salt generator’, that crushes the salt and blows the particles into the air.

The clinic has helped hundreds of people, from those with allergies, chronic ear or sinus infections, to sufferers of severe asthma, bronchitis, and even lung disease and chronic obstructive pulmonary disease (COPD).

Kestenbaum tells the story of one particular 18-year-old patient with Cystic Fibrosis for whom the salt treatments provide significant relief. “He was undergoing two to three hours of hospital treatment a day, all geared to loosening up the mucus in his lungs to enable him to breathe,” claims Kestenbaum.

After the first 14 treatments, he signed up for a 6-month package. “I tried to get his doctor to report to us on his condition, but the patient pushed off his regular appointment with his doctor since he started the salt therapy, because he is feeling better.

“We have asthma sufferers who have come in, in the throws of an asthma attack, and after 20 minutes in the therapy room, they are breathing steadily,” he says. “That’s unbelievable to see.”

Each treatment runs about an hour, twice a week, ideally with a 48-hour break between them. The salt used for the treatments is imported from a mine in Ukraine. It has a much higher concentration of sodium chloride than Israel’s local sea salt (90+% compared to 16%). It is ingested at a rate of about five milligrams per session, the same amount as in a serving of potato chips.

Kestenbaum opened the second Breathewell clinic, a mixed chiropractic and Chinese medicine facility in an office park in Modi’in, and a third in an alternative medicine shop on Hillel Street in the center of Jerusalem. Come February 1, another Breathewell clinic will open in Beitar, with others in Talpiot, Ramot, and Beit Shemesh slated for 2010.

Introducing salt to the US therapy diet

“We decided that in order to bring the business to the US we would first get an education in Israel, and test different models and locations to see what works best,” explains Kestenbaum.

Although salt therapy is popular in Russia and Eastern Europe, where there is a long history of using salt caves and mines for therapeutic purposes, and there are salt rooms in Canada, Australia and Asia, the US remains virtually salt therapy free.

“It just doesn’t exist there,” says Kestenbaum. He says this is due primarily to a lack of clinical trials on salt therapy, although some have taken place in Russia and Eastern Europe, and both the Journal of Aerosol Medicine and the New England Journal of Medicine published positive reports on salt therapy in 1995 and 2006, respectively. “Western doctors tend to be more skeptical and less willing to embrace [alternative therapies],” he says.

Still, Kestenbaum is confident that the therapy, which in Israel boasts a success rate of 80 percent among children and elderly with respiratory problems, will have legs in the US market. He expects the first American Breathewell center to open in New York in the next year, and hopes to build it as a nationwide franchise-based business, thereafter. |For patients each session will cost around $50.00.

Although the treatment is targeted at sufferers of chronic respiratory problems, anyone can benefit from a Breathewell session, he adds. “We all inhale car fumes and pollution and second-hand smoke, and right now there is no therapy that takes care of this,” says Kestenbaum, admits that sitting in with his son on the first six salt therapy sessions helped him stop snoring. “Most people walk out and say, ‘Wow, that worked!’ We all know, you don’t breathe, you don’t live.”

For Email Marketing you can trust
UNCOVER ISRAEL - Get the ISRAEL21c
Weekly Edition free by email
Sign Up Now!
Bring Israel's story to life.
Millions of people around the world rely on us to gain a deeper understanding of Israel. We are the trusted source for original content you won't find anywhere else.
You can make a difference. Donate today to support journalism that brings Israel’s story alive.
SUPPORT ISRAEL21c
Read more on:   Health